The hot summer of 2013 has enabled UK butterflies to bounce back following a string of poor years, the world's largest butterfly count has revealed. Long spells of warm sunny weather in July and August provided a much-needed boost for our beleaguered butterflies, with four times as many recorded during this year's Big Butterfly Count than in 2012.

A record-breaking 46,000 people took part, counting more than 830,000 butterflies and day-flying moths across the UK. 'Washout 2012' was the worst year on record for butterflies and had followed a series of poor summers that had compounded the long-term declines of many UK butterflies. But perfect conditions this summer saw butterflies boom, with large numbers recorded across the UK's gardens, parks, school playgrounds and countryside.

Butterfly-spotters counted almost twice as many individuals (on average) compared with 2012. The whites did well, with both Large White and Small White numbers up by more than 300%. Small White topped the Big Butterfly Count 2013 chart, with the Large White in second place and Peacock a surprise in third. Garden favourite the Small Tortoiseshell recorded its best Big Butterfly Count result yet, coming sixth. 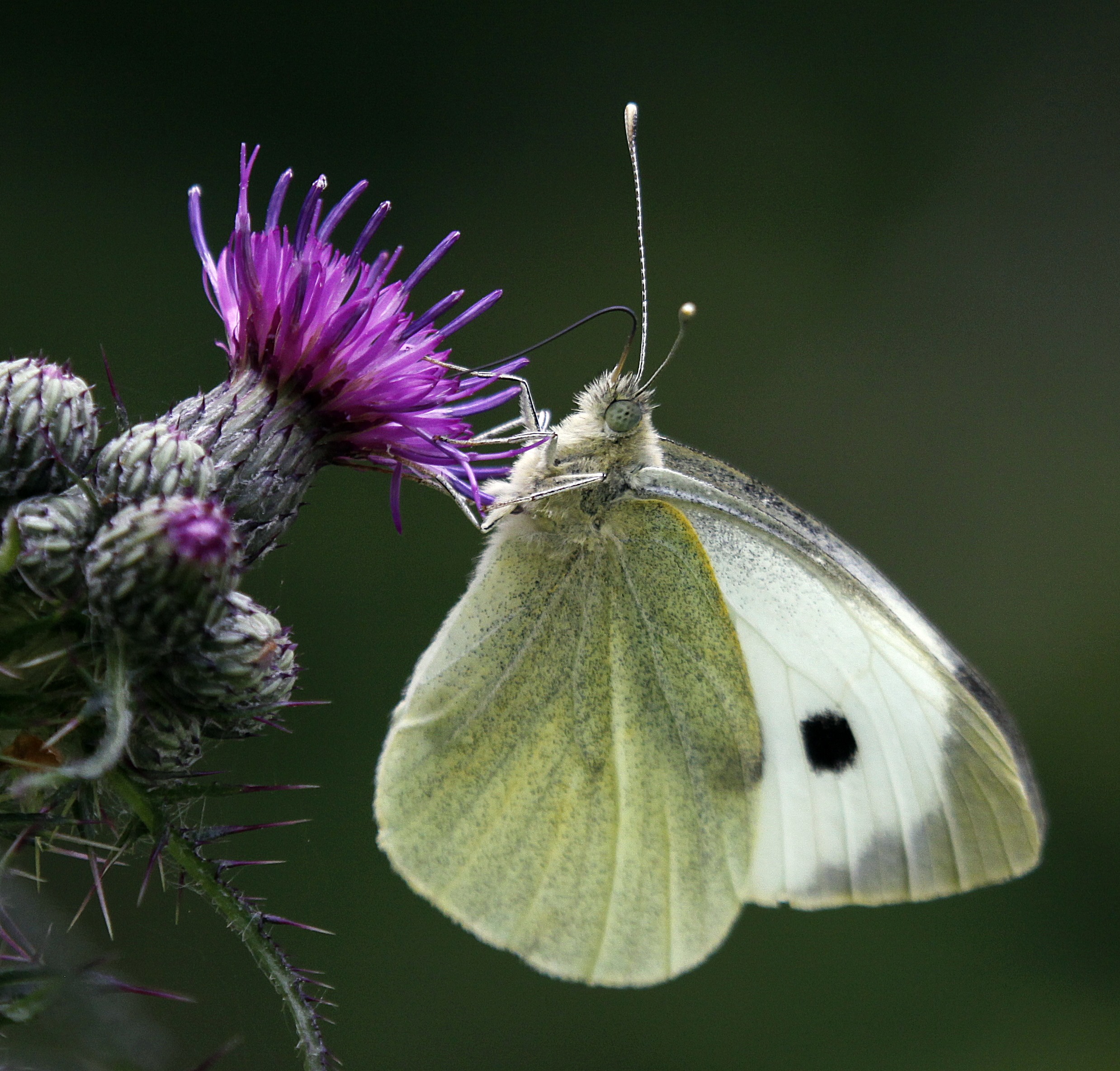 It was a brilliant summer for both common white species — this is a Large White (Photo: Jake Gearty)

Although the whites were very abundant, it was the huge increase in Small Tortoiseshell and Peacock numbers that delighted the butterfly-watching public. Both species have declined worryingly in recent years, but the Big Butterfly Count results are very promising, with Small Tortoiseshell numbers up by 388% compared to 2012 and Peacock numbers up by more than 3,500%. In all, 15 of the 21 Big Butterfly Count species increased in 2013 compared with the previous year, and 12 of these were up by at least 50%. Several species that fared particularly well last year dropped back considerably: Ringlet and Marbled White numbers fell by over 50% and counts of Meadow Brown and Six-spot Burnet moth were also down on 2012.

The warm weather has seen an increase of migrants from the Continent, with Clouded Yellow, Painted Lady and Silver Y moth seen in impressive numbers. The Long-tailed Blue, a rare migrant from the Continent, has also been reported along the south coast of England, from Devon to Suffolk during August. 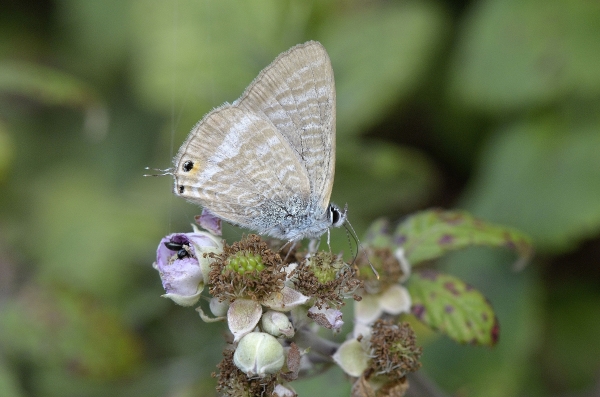 A number of Long-tailed Blues were seen along southern coasts this summer, including this one at Dunwich Heath, Suffolk (Photo: Chris Overton)

Butterfly Conservation Surveys Manager Richard Fox said: "It has been a truly memorable summer for butterflies, a wonderful spectacle for the many thousands of people who've helped with the Big Butterfly Count and a lifeline to the UK's hard-pressed butterfly populations. It reminds us that butterflies are resilient and will thrive given good weather and suitable habitats. The problem facing UK butterflies is not the notoriously variable weather but the way that humans manage the landscape. The record-breaking support for this year's Big Butterfly Count shows the public is concerned about wildlife and willing to do something to help stem their long-term declines."

For the fourth year running, the Big Butterfly Count took place in partnership with Marks & Spencer as part of its Plan A commitment to be the world's most sustainable major retailer by 2015. Joanna Lumley, M&S Plan A Ambassador, said: "It is wonderful news this was a record-breaking year for the Big Butterfly Count, with the highest ever number of people taking part. Butterflies are magical creatures that are crucial to our environment, and this year's count success shows that by giving up just 15 minutes of our time we can all play our part to help secure their future."

Mike Barry, M&S Head of Sustainable Business, said: "At M&S we want to ensure our business makes a positive contribution to the environment. Supporting the Big Butterfly Count is a perfect way to engage our customers, farmers and employees with the importance of butterflies — we are delighted that so many of them took part in this year's count and it is great news that four times as many butterflies were recorded this year."

Full details and results can be found at www.bigbutterflycount.org.