A pair of Hen Harriers is breeding at Geltsdale RSPB, Cumbria, after a decade's absence, but only three nests have been found in England this year.

Wardens at the North Pennines nature reserve visited the nest under licence last week and were delighted to discover that the female is currently incubating five eggs. The nest is believed to be one of only three in England this year.

If the eggs hatch, it will be the first time there have been Hen Harrier chicks at the Geltsdale reserve for a decade, after a pair bred at the site in 2006, fledging two young.

Hen Harriers nest in the UK uplands, but they are on the verge of extinction as a breeding bird in England owing to ongoing illegal persecution. In 2015, there were only six successful nests in the entire country. That year, a pair bred at Geltsdale but the nest failed during the incubation period, after the male suddenly and inexplicably vanished while hunting away from the nest. Faced with the prospect of starvation, the female had little choice but to abandon her eggs.

With the government and landowners now officially committed to the recovery of the species through the DEFRA Hen Harrier Action Plan published earlier this year, the RSPB hopes this season's nests will fare better. 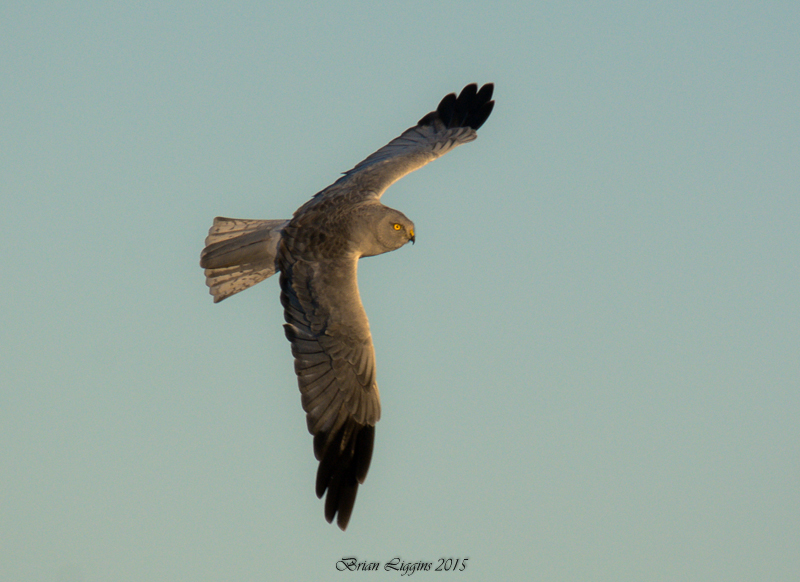 Steve Westerberg, Site Manager at RSPB Geltsdale, said: "We're delighted that we have Hen Harriers breeding on the reserve once again. It's an incredibly nerve-wracking time but we're crossing our fingers that we'll see fledged young in a few months' time.

"Staff and volunteers are watching the nest round the clock to prevent unnecessary disturbance, and we have spoken to our neighbouring estates about the birds so they can play their part in helping to ensure that the birds are safe when they leave our reserve to hunt."