A fire east of Tralee, Co Kerry, has destroyed an active Hen Harrier nest and burned the hunting areas of three other pairs, according to the Irish Hen Harrier Project.

Meanwhile, a major blaze also raged in the county's Killarney National Park over the weekend, spreading over thousands of acres of bog and mountainside in the southern area of the national park north to Purple Mountain, wiping out a significant chunk of the beauty spot, which is one of the Ireland's biggest tourist attractions as well as the home of a range of rare and unusual wildlife. Firefighters have been working around the clock over the weekend in order to prevent further spread engulfing the park's special moorland and oak woodland habitats. 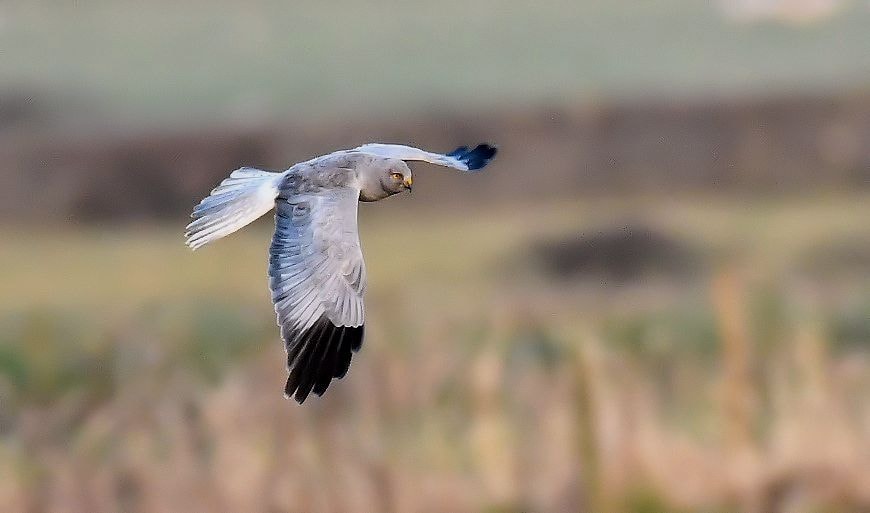 An active Hen Harrier nest was lost a blaze in Co Kerry over the weekend, with the territories of three further pairs also destroyed (Eddie Maguire).

Speculation suggests that the fires were started deliberately, although authorities are keeping an open mind on the cause, which has has not yet been established. The area has become particularly dry after several weeks without significant rainfall, enabling blaze to spread easily. A fire in the national park in 1984 burned for weeks and was suspected to have been caused by arson.

Michael Cahill, Kerry County Councillor, said to The Irish Times: "Year after year, the lives of Fire Service Personnel are put at risk protecting our homes from these fires and our wildlife is being decimated. Everybody involved needs to come to the table, before lives are lost.

"And not alone are lives and property at risk, but now the whole of Killarney National Park could be destroyed. The devastating affect that the loss of this national treasure could have on our psyche, not to mind our tourism industry is inestimable."

Meanwhile, a further blaze raged in the Mourne Mountains in Co Down, Northern Ireland, for more than two days after starting in the early hours of Friday. It was declared a major incident on Saturday. Once more, untold damage to breeding birds, including raptors and waders, is feared.

Pic of the Mournes tonight taken by a friend. Many bird nests and animals no doubt toasted. Would this happen if the Mournes wasn't so overgrazed by sheep and dry, but instead a mosaic of natural Irish montane forest and wet bog? pic.twitter.com/r12b2ggp19