Help needed to find the UK's rarest bird of prey

The RSPB is calling on farmers and birdwatchers to help locate the UK's rarest nesting bird of prey: the Montagu's Harrier. The population of this beautiful bird of prey is down to fewer than a dozen pairs, most of which nest in crops. The organization is appealing for sightings in an attempt to locate and protect their nests, which are often hidden away in lowland crops and often only found at harvest time.

Montagu's Harriers return to the UK in late April after spending the winter in Africa. They breed almost entirely in the southwest and east of England on lowland farmland, particularly choosing winter cereals, oilseed rape and grass silage. The core population often returns to the same nesting locations each year and RSPB has been working successfully with the associated local farmers for over 30 years to protect the species. 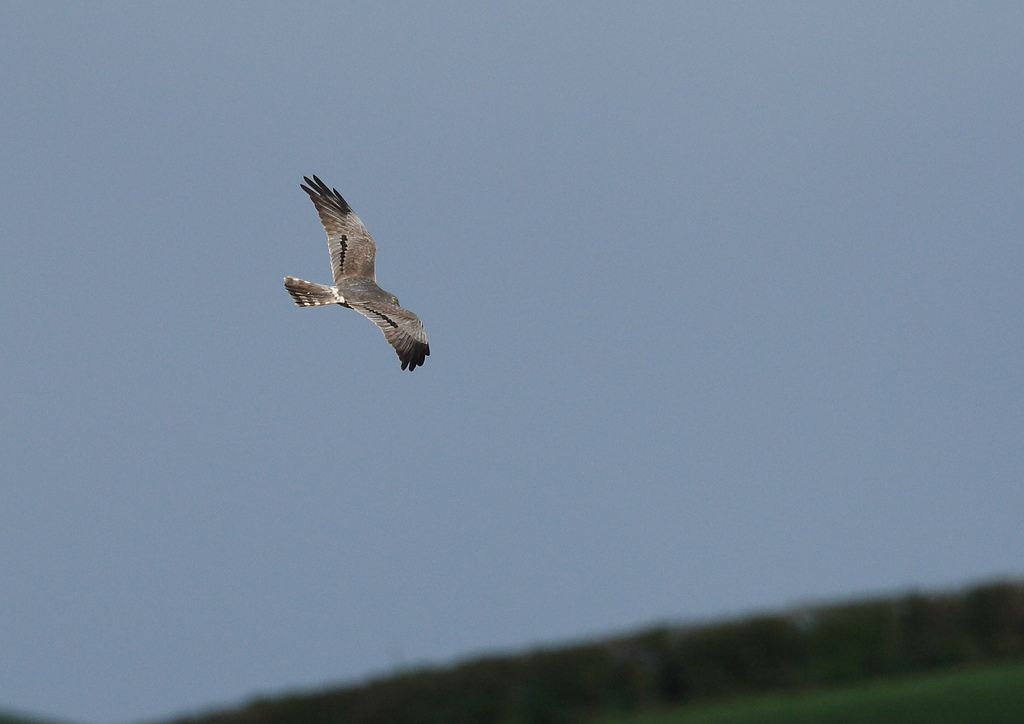 Montagu's Harrier in County Down this spring — have you seen one near you? (Photo: Ronald Surgenor)

Mark Thomas, who leads on the species' work for the RSPB, said: "Along with species like Stone Curlews and Corncrakes, farmers have been essential in conserving our tiny population of Montagu's Harriers and through this hotline we hope to locate additional pairs that may otherwise have been missed. The UK population is currently teetering on the brink, and finding additional pairs will be a bonus. All reports will be treated in the strictest of confidence. We're hopeful that farmers and birdwatchers who spot the harriers will contact us so that we can confirm the sightings. We can offer free advice on how these sites can be protected to ensure these magnificent birds can successfully rear young."

Anyone who thinks they may have seen a Montagu's Harrier is urged to contact the hotline on 01767 693398 or email wildlife@rspb.org.uk. Details should include the date and six digit grid reference, if possible, and a contact telephone number.