Reasons for the recent decline of Common Pochard have been scientifically investigated for the very first time by the Wildfowl and Wetlands Trust (WWT).

The number of Common Pochard migrating to Britain for winter has decreased by 60 per cent since the 1980s, despite the number that breed here doubling over the same period. This decrease reflects the widespread declines in breeding numbers recorded elsewhere across Europe, of which little has been understood until now.

The paper — by 29 researchers from across Europe — describes the changes that have most likely affected the ducks. A decline in gull numbers is particularly relevant, as colonies of nesting Black-headed Gulls provide perfect cover from predators for other nesting birds, and their widespread disappearance is known to have affected the breeding success of pochards. Other causes include the presence of more nutrients in wetlands, as they wash off farmland prompting explosions of plants and algae in water, preventing the ducks and other birds diving for food.

More predators are also a big problem. Escaped American Mink, which were introduced to Europe for fur along with fellow invasive aliens such as Raccoons and Raccoon Dogs, have become major wetland predators, killing the pochards and other creatures in great numbers across their Continental breeding range. 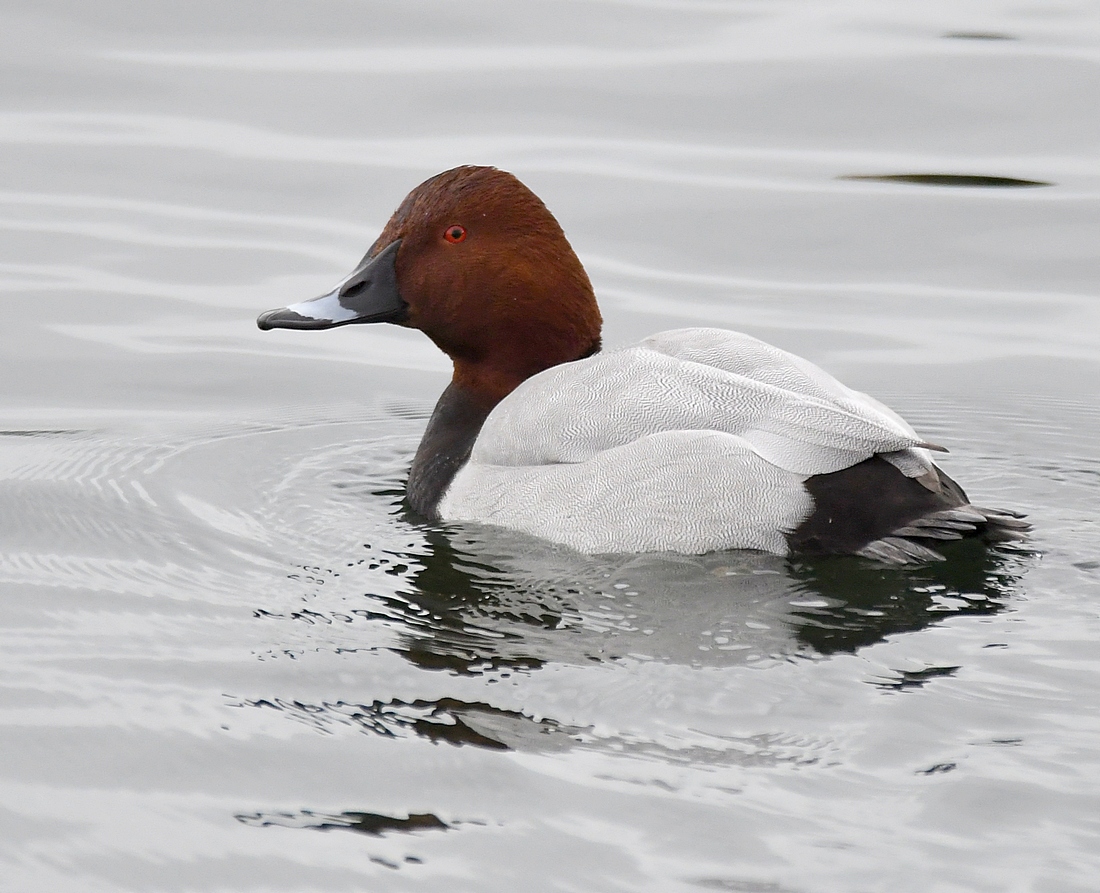 The number of wintering Common Pochard wintering in Britain has decreased by 60 per cent since the 1980s (Photo: Carl Bovis)

WWT Research Fellow and editor of its journal Wildfowl, Dr Eileen Rees, said: "Shedding light on the problems such as those facing Common Pochard is why [our research] is so important. Waterbirds live complex lives and their wetland habitats are entwined with our own need for food and water. Waterbird populations are often spread across nations and continents, and they're highly mobile, breeding, staging and wintering in different places.

"Wildfowl has long been acknowledged as an international scientific journal dedicated to wetlands and the birds that inhabit them. We're able to report the concerted efforts of colleagues from institutions across the globe to help our understanding of these magnificent birds. I'm delighted that yet again we have a rich and broad selection of papers to share."