Great Bustards to be released on Salisbury Plain

Researchers at the University of Bath and conservationists from the Great Bustard Group will be releasing 19 birds on Salisbury Plain on Thursday 25th September as part of an ongoing reintroduction project in the UK.

The globally threatened Great Bustard is the heaviest flying bird in the world and due to habitat loss and hunting became extinct in the UK during Victorian times. Over the last three years, researchers in the Department of Biology & Biochemistry at the University of Bath have been working with conservationists at the Great Bustard Group to manage the reintroduction of the birds to the UK and study existing wild populations in Russia. 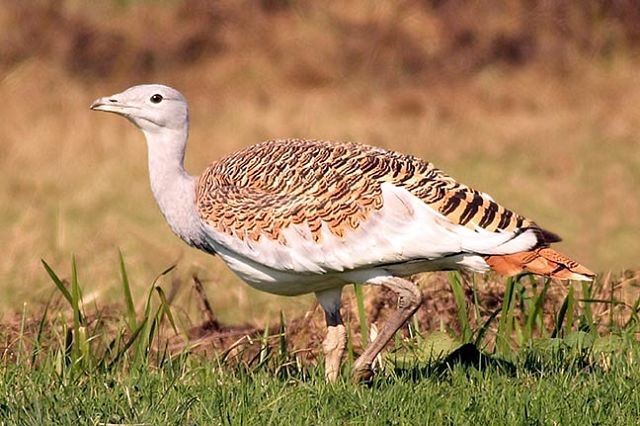 This will be the fifth batch of young birds from Russia to be released on the site. They will join the small flock of birds from the previous four years' releases that are still regular visitors to the site at Salisbury Plain. The researchers are hoping the birds will start to breed next year and will be observing them to understand more about their complex mating rituals.

The project has been led for the University by Professor Tamas Szekely of the Department of Biology & Biochemistry. John Burnside, a PhD student from his group, will be collecting data on the British and Russian populations and comparing them with existing knowledge of populations in Spain. He explained: "Whilst the Spanish populations of Great Bustards have been extensively studied, very little is known about their relatives in Russia. We are interested in how the recently released birds will establish new breeding grounds in the UK and how they will create their complex social hierarchy from scratch." 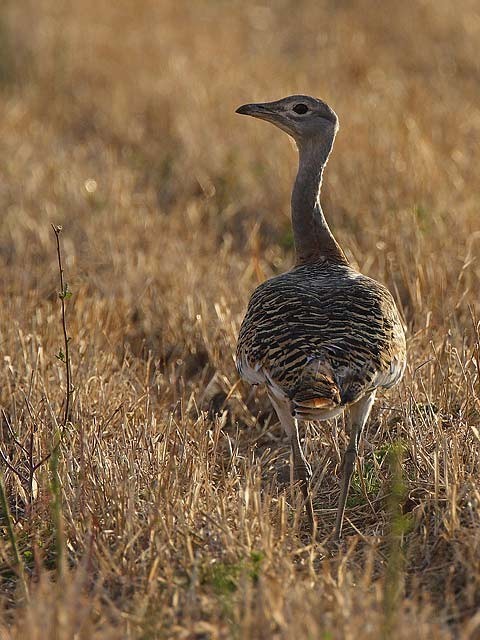 The researchers will also be recommending conservation strategies for the birds, identifying any threats to their population and finding ways of mitigating them. In addition the project will investigate the evolution of behaviour and breeding systems in the Great Bustard.

The release of the new birds will be filmed by the BBC's Autumn Watch programme, due to be aired later this year. The Great Bustard Reintroduction Project is open to visitors – for more information or to arrange a visit, see the Great Bustard Group website www.greatbustard.com.
Written by: University of Bath
Login to leave a comment
Return to List