Grass-feeding butterflies defied the second-wettest year on record to enjoy a bumper 2012 across the UK countryside, according to a new scientific survey. Last year's incessant rain prompted substantial grass growth and provided good conditions for some grassland species such as the Meadow Brown, Ringlet and Gatekeeper. The Wider Countryside Butterfly Survey (WCBS) revealed that the Meadow Brown enjoyed its best year since the start of the scheme, with almost twice as many counted as in 2011. But overall, 2012 proved to be a washout, with recorders seeing 43% fewer species on average than in 2011 during survey counts.

The WCBS involves counting butterflies in more than 700 randomly generated 1-km squares across the UK countryside. The scheme helps assess the health of butterfly populations across the wider countryside, rather than specially managed hotspots such as nature reserves. Last year, recorders saw on average 44 butterflies of four species per survey made over July and August, compared with 2011 when 47 butterflies from seven species were seen on average. In 2009 an average of 80 butterflies and eight species were recorded per survey. 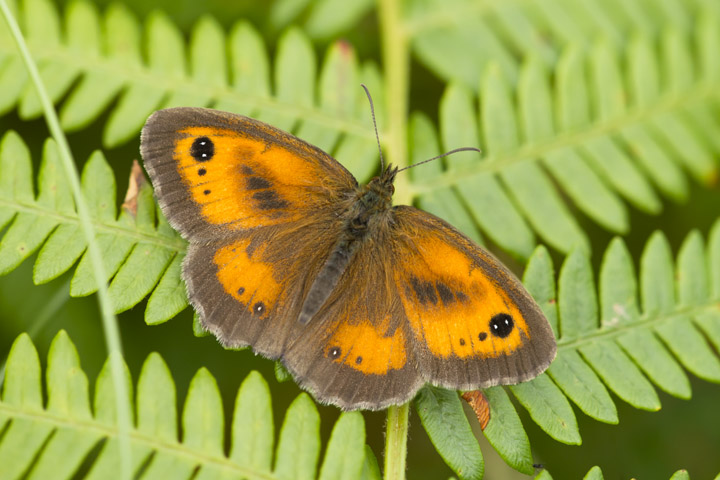 A relatively dry start to 2012 followed by near-continual rain saw bumper grass growth — providing some species with an abundance of their favoured food plants. The Meadow Brown thrived as a result with more than 18,500 counted, almost twice as many as in 2011. This was the most widespread butterfly for the third successive year, being seen in 89% of squares surveyed. The Ringlet also enjoyed a good year and was found in almost two-thirds of squares compared to half of squares in 2011. Another grass-feeder, the Gatekeeper, was also more widespread than 2011.

But months of unseasonable wet weather proved problematic for many other species — there were 38 visits when recorders saw no butterflies at all. Garden favourite the Small Tortoiseshell suffered further declines, with less than half the number counted in 2011. This once-widespread species was present in fewer than half of the squares sampled. The Common Blue also struggled and was found in 50% fewer squares than in 2011. The Wall butterfly also suffered following a series of declines and was found in just 4% of squares compared to 9% in 2009.

WCBS Co-ordinator Dr Zoë Randle said, "Last year was fantastic for the Meadow Brown; however, the overall picture is that butterfly populations are suffering in the wider countryside and this needs to be addressed urgently."

Kate Risely, who co-ordinates the BTO butterfly surveyors, said, "Record-breaking rainfall during the summer months affected birds and butterflies alike, and many species suffered a disastrous season. Credit is due to all the volunteer recorders who braved the weather and collected this valuable data on butterfly populations."

The WCBS is run by Butterfly Conservation, the British Trust for Ornithology (BTO) and the NERC Centre for Ecology & Hydrology (CEH) as part of the United Kingdom Butterfly Monitoring scheme (UKBMS).