Satellite-tagging projects in Greece and Portugal are providing valuable insight into the lives of Griffon Vultures, in turn helping conservation efforts for the species.

In early March, five vultures were equipped with GPS transmitters at Messolonghi, Greece, to help set up an 'early warning system' for wildlife poisoning in the area. The Griffon Vulture colony at Messolonghi is the largest in mainland Greece and one of the most important wintering areas for the species in the Balkans. Tragically, 11 individuals were poisoned here in an incident in February 2020, highlighting that such crimes remain a very real problem in the area.

The early warning system essentially consists of intensive monitoring of GPS-tagged vultures, studying the birds' behaviour and looking for signs of a feeding event. GPS positions are sent every 10 minutes – and if information is received to suggest a potential poisoning incident, or one of the birds shows suspicious behaviour such as staying in an unsuitable area for an unusual amount of time, the researchers monitoring them (known as 'alarmists') can dispatch a field team member or a canine team to check on the vulture's condition right away. 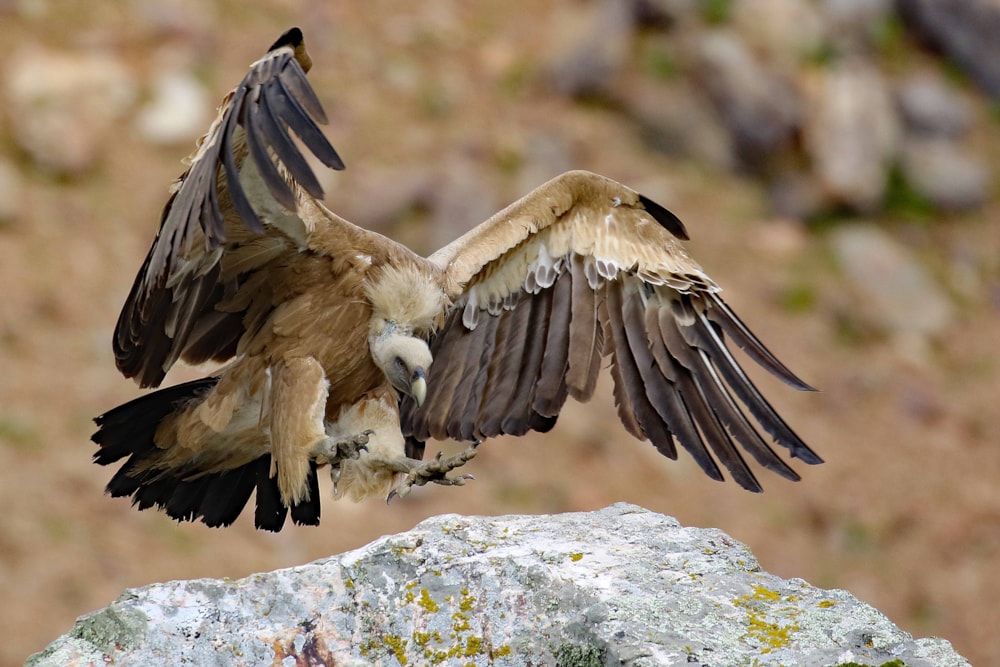 Poisoning of Griffon Vultures remains a problem across the Balkans, but it is hoped that a new 'early warning system' will improve the situation (Christopher Bell).

As well as this monitoring, this quick and reactionary field-check sets a good example to local farmers (to whom the livestock carcasses usually belong), reminding them that the vultures are being followed and studied and researchers will notice if anything untoward, such as illegal killing or poisoning, is happening. The ultimate aim of this approach is to reduce criminal behaviour against vultures and improve local communities' attitudes to the birds.

This novel use of technology and birds themselves to tackle crime forms part of the Balkan Anti-Poisoning Project and is now operating in Albania, Bosnia and Herzegovina, Croatia, Greece and Macedonia.

Meanwhile, in north-east Portugal, an ambitious project aims to rewild the Côa Valley, which acts as an important natural corridor for wildlife in Iberia. An essential element of the project is the restoration of trophic chains – and tracking the movements of Griffon Vultures forms part of achieving this goal.

At the moment, local populations of Griffon, Egyptian and Cinereous Vultures are affected by low availability of food sources in the region, an issue which so far has been mitigated by a network of artificial feeding stations (so-called "vulture restaurants"). 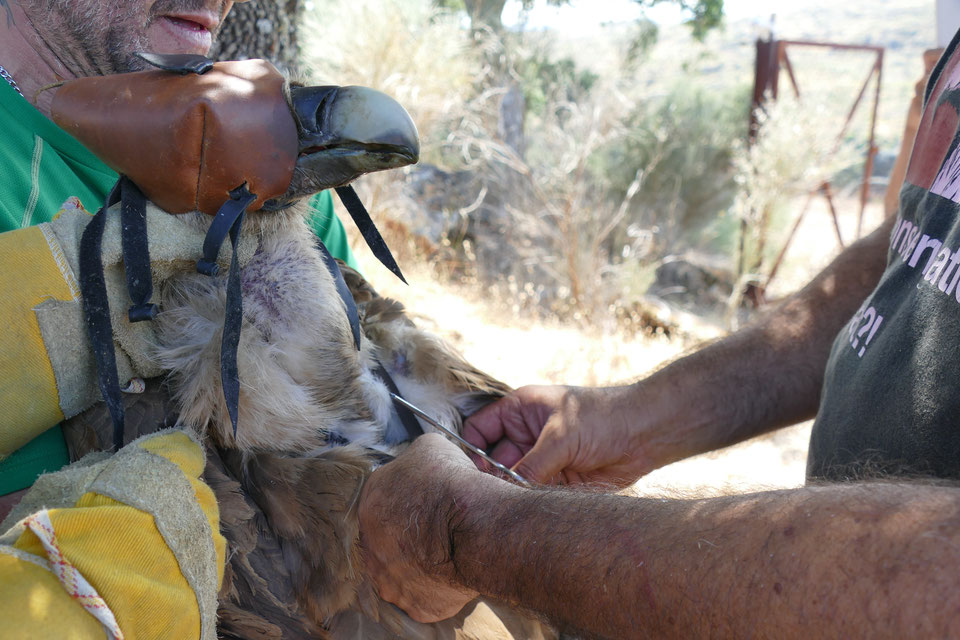 One of the aims of the project is to increase the availability of carrion in the area by setting up a network of local farmers who are allowed to leave the carcasses of livestock (sheep, goats, pigs, horses or donkeys) on designated areas of their properties, something which so far has not been done in Portugal. In order to set up this network to improve the availability of carcasses in a more natural way – more diverse in terms of location and time – and also to be able to evaluate the success of this measure, it is important to understand how vultures from the colonies of the Côa Valley and the Douro International Natural Park are currently using the landscape and available feeding resources.

As the most abundant and widespread of the three species, Griffon Vultures have been tagged with GPS transmitters in the Côa Valley, and their movements are being monitored. This is providing critical information about the resources that vultures use for feeding and also where they feed. Understanding the feeding ecology of the scavengers in the region will provide valuable information regarding priority areas where food availability should be improved. In four years' time, it will be possible to check how the situation has changed with regard to how Griffon Vultures use the landscape and feed.

Find out more about rewilding the Côa Valley at rewilding-portugal.com/coa-valley.