The Golden Eagle has overwhelmingly topped the vote in a campaign to find the Scotland's favourite wild animal. The impressive bird of prey was competing against the Red Deer, Red Squirrel, Harbour Seal and Otter. Thousands of votes were recorded online following the campaign launch in spring this year and voting closed on 31st October. With almost 40 per cent of the vote, the eagle was well ahead of its counterparts. The next closest was the Red Squirrel with 20 per cent, then the Red Deer and the Otter, with the Harbour Seal in last place.

The campaign was run jointly by Scottish Natural Heritage (SNH) and VisitScotland as part of the Year of Natural Scotland 2013 celebrations. Environment and Climate Change Minister and PAW Scotland Chairman Paul Wheelhouse said: "While we can be enormously proud of all our native wildlife, it is fitting that the magnificent Golden Eagle has topped this poll of Scotland's 'Big 5' species." 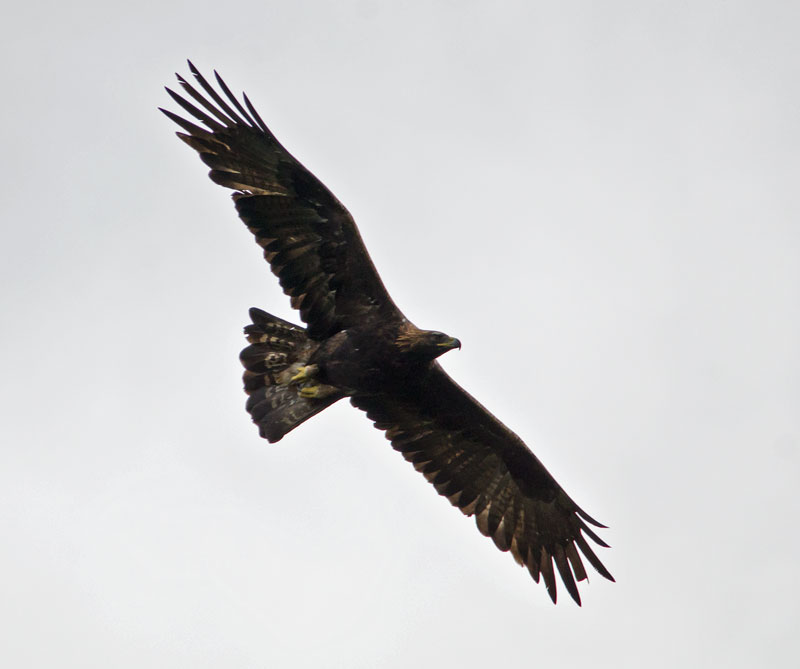 "At present Scotland is home to all of the UK's breeding pairs of these eagles, and the species has done well to recover after almost being wiped out in the last two centuries. However, recent incidents have shown that the [species] is still threatened by illegal persecution in some areas. We have a responsibility to protect this wonderful bird so that future generations can continue to enjoy its presence in our skies."

Scotland's Big 5 were selected because they were all high-profile species, widely associated with Scotland, and with a broad geographical spread. Ian Jardine, SNH chief executive said: "The response to the campaign has been brilliant. Thousands of people have voted for their favourite from Scotland's Big 5 list. There have been several alternative lists put forward for seabirds, game animals, trees and plants, and support for rarer species like the Pine Marten and Wildcat. It has got people thinking about and talking about wildlife, and showing how much affection and pride people have, not just for the five species on the list, but for Scottish wildlife generally."

Through the partnership with SNH, VisitScotland promoted the campaign to millions of potential visitors and where best to see them in their natural environments. This saw all of Scotland's Big 5 championed through a series of billboard advertisements in Manchester, Liverpool, Newcastle, Glasgow and Edinburgh. Alongside this, TV personality Neil Oliver lent his voice to an extensive radio campaign, with written press and online content specially developed throughout the year. Mike Cantlay, Chairman of VisitScotland, added: "We've been absolutely delighted with the response that Scotland's Big 5 campaign has received, and it has been a cornerstone of our celebrations for the Year of Natural Scotland 2013. One of the key pillars of the year was to get as many people here at home out seeing parts of Scotland that they may not have been to before, and the Big 5 campaign has given us a fantastic opportunity to promote even the most remote areas of our wonderful country."