Golden Eagle population on the rise

Results from the fourth national Golden Eagle survey show that its population has increased to 508 pairs in Scotland, a rise of 15 per cent.

The previous survey in 2003 recorded 442 pairs,so the new figures indicate a recovery in the population approaching levels thought to have been present in Scotland historically.

Golden Eagle is regarded by many as Scotland's national bird, and Scotland is now home to the entire UK population after England's sole remaining bird disappeared this year and was feared dead.

The results are significant because the eagle population, having surpassed 500 pairs, now meets the targets identified to define it as having 'favourable conservation status' in the UK. The population increase also highlights the continuing steady recovery in Scotland from very low numbers in the mid-19th century.

Golden Eagles tend to live in remote areas, where they can be seen performing their spectacular undulating flight displays in spring. The northern Highlands and the central spine of the country between the Great Glen and Stirlingshire saw the greatest increase in eagle numbers between 2003 and 2015. Recovery also continues in much of the west Highlands and islands with modest increases noted there. However, this positive progress is not consistent across Scotland.

Part of the Highlands west of Inverness have remained stable between 2003 and 2015, after showing a significant drop in occupied eagle territories between the 1982 and 1992 surveys. The reasons for the lack of recovery in this area aren't clear, but likely involve a number of factors: grazing pressure by deer reducing habitat quality for prey, persecution, recreation and forestry have all been identified as potential factors affecting Golden Eagles in this area. The poor spring and summer weather also had an adverse impact on breeding success, especially in the western parts of Scotland. 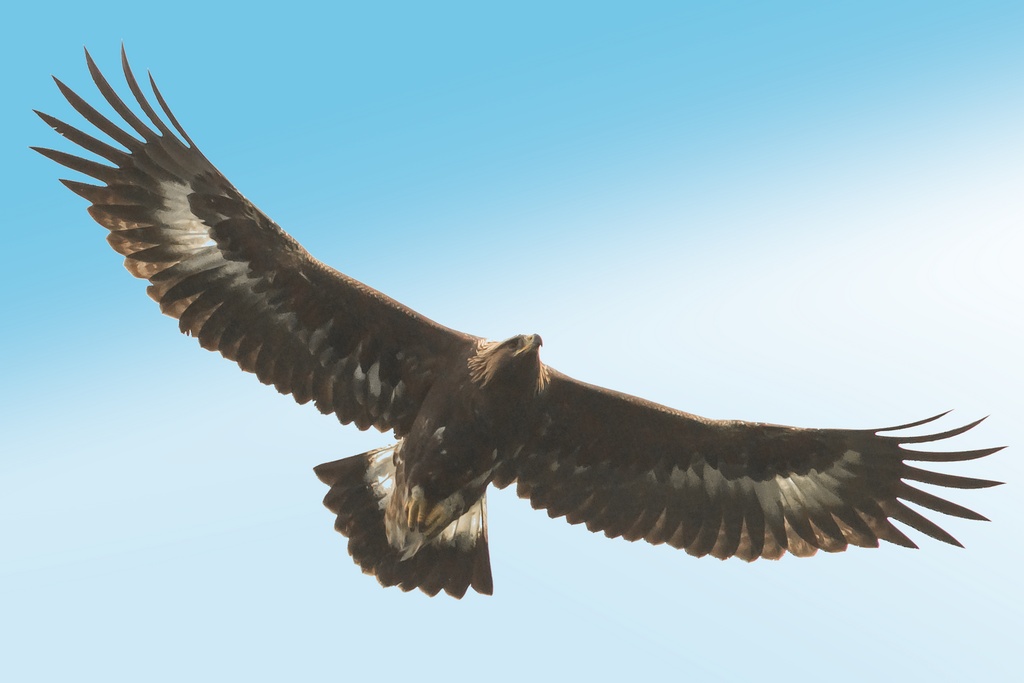 Golden Eagles also continue to be absent in many parts of the eastern Highlands. Less than one third of the traditional 'home ranges' in this area were occupied by a pair and none were recorded at all in more than 30 per cent of them, despite the fact that these should be very productive landscapes for the species. Many of the vacant territories in this area are on ground managed intensively for driven grouse shooting, and in recent years four eagles fitted with satellite tags have been found illegally killed in the central and eastern Highlands.

Duncan Orr-Ewing, Head of Species and Land Management at RSPB Scotland, said: "The sight of a Golden Eagle soaring in the sky is an awe-inspiring part of our natural heritage, and this increase in numbers ... is great news. Across many parts of Scotland there's been a very welcome turnaround in how people respect these magnificent birds, part of a more enlightened public attitude towards birds of prey. Increased monitoring and satellite tagging of eagles, as well as stronger sanctions against wildlife crime may be serving as effective deterrents against illegal activity, therefore helping their population to increase. However, the continued absence of Golden Eagles in some areas of eastern Scotland remains a real cause for concern and suggests that much more work needs to be done."