This summer, a pair of Glossy Ibises were seen courting and building a nest at RSPB Frampton Marsh (Lincolnshire). This is believed to be the first recorded modern-day nesting attempt by this species in the UK. Although they did not go on to raise young, this is a great coup for Frampton and a sign that the species could be on the verge of establishing a breeding population in Britain.

Glossy Ibis, large heron-like birds with rich bronze feathers and a slender curved bill, usually live in the Mediterranean region and are still rare visitors to the UK, although records are on the rise — the species is more or less resident now in the British Isles. RSPB Senior Sites Manager John Badley said: "We've done a lot of work at Frampton Marsh to bring the wildlife of The Wash closer for people to see and enjoy by creating lots of new wetland habitats. We've been pretty successful, but this wasn't on our radar at all! The birds built up a nest platform out of the water in just a few days, but despite being seen courting and displaying they didn't lay any eggs. This could be the behaviour of immature birds practising before they are mature enough to breed." 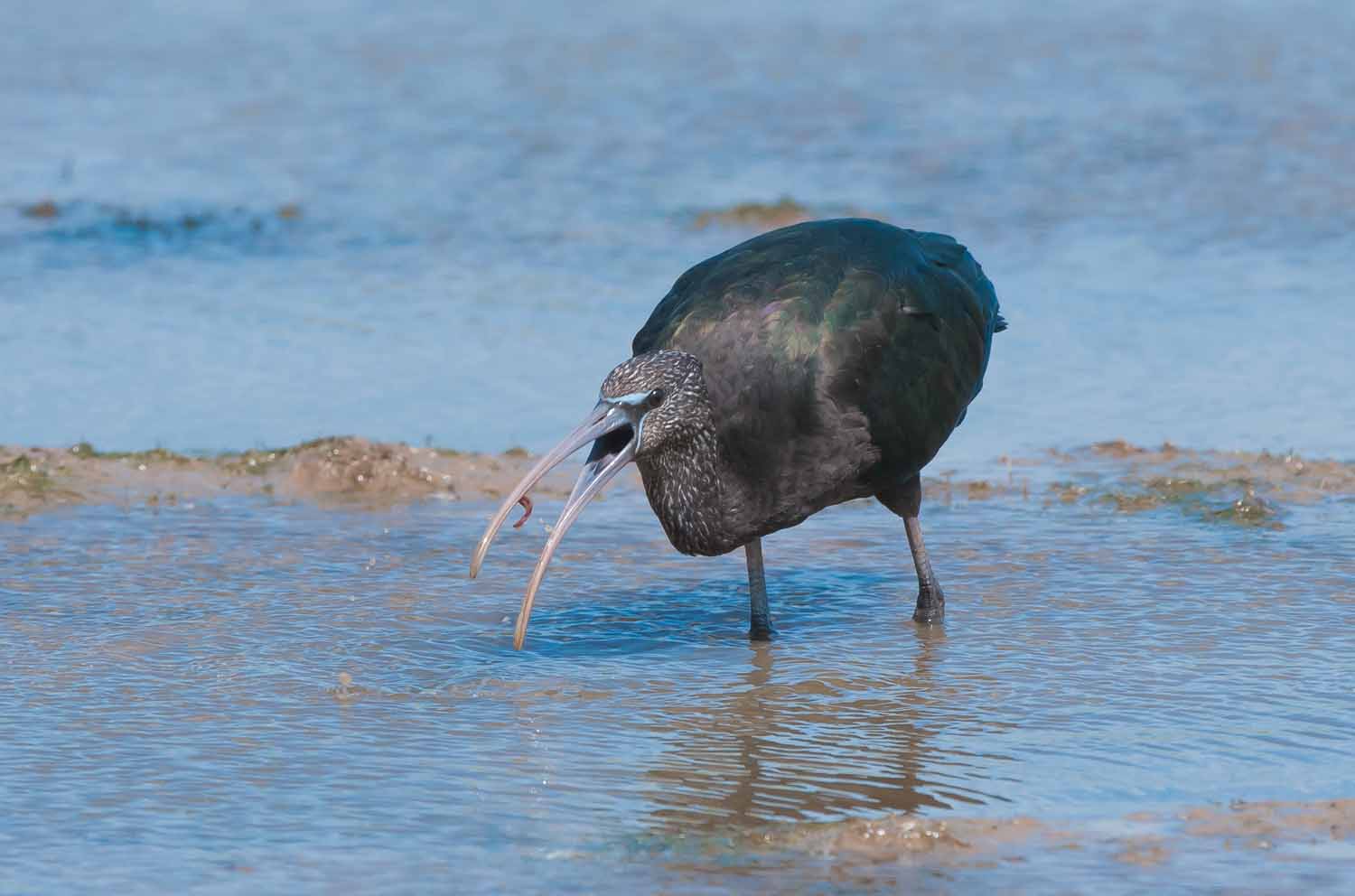 The closest Glossy Ibis nesting site to the UK is in the south of France, with more in southern Spain and in south-east Europe. It's believed that drier conditions in southern Spain may have pushed some birds further north this summer in the search for favourable nesting sites. Since 1997 several southern European heron species have nested in Britain for the first time, including the now firmly established Little Egret, and the colonising Great White Egret.

Gwyn Williams is the RSPB's Head of Reserves and Protected Areas. He said: "With a changing climate we're anticipating that several more southern European bird species may colonise southern England in the next few years, so we're planning for their arrival by creating and managing the ideal conditions on our nature reserves, especially wetlands, with these potential colonists in mind."

John Badley added: "We will have to wait and see if the birds come back next spring to know if this could be the beginning of a colonisation of the UK, as has been predicted, or just a one-off."

RSPB Frampton Marsh benefitted from a major extension five years ago with a reedbed, wet grassland and shallow freshwater pools with islands all created. It has rapidly become one of the best sites for wading birds in the country. The nesting attempt by the ibises follows a remarkable summer with other Mediterranean birds nesting in the UK. On the Isle of Wight a pair of Bee-eaters has successfully fledged young, while at least two pairs of Black-winged Stilts have nested in West Sussex and Cambridgeshire this year. Previously, these species have only nested sporadically in the UK.