First successful breeding of Marsh Harrier on Isle of Wight

A pair of Marsh Harriers, breeding for the first time on the Isle of Wight at the RSPB's Brading Marshes reserve this year, has successfully hatched chicks.

"I have been observing the Marsh Harrier pair for the last month and their behaviour has changed," said Keith Ballard, reserve manager at RSPB Brading Marshes. "In the beginning, the male would pass food to the female in flight and the female took it to a place away from the nest to eat it. Now she has started taking the food directly to the nest, which is a strong indication that she is feeding chicks," Keith added. 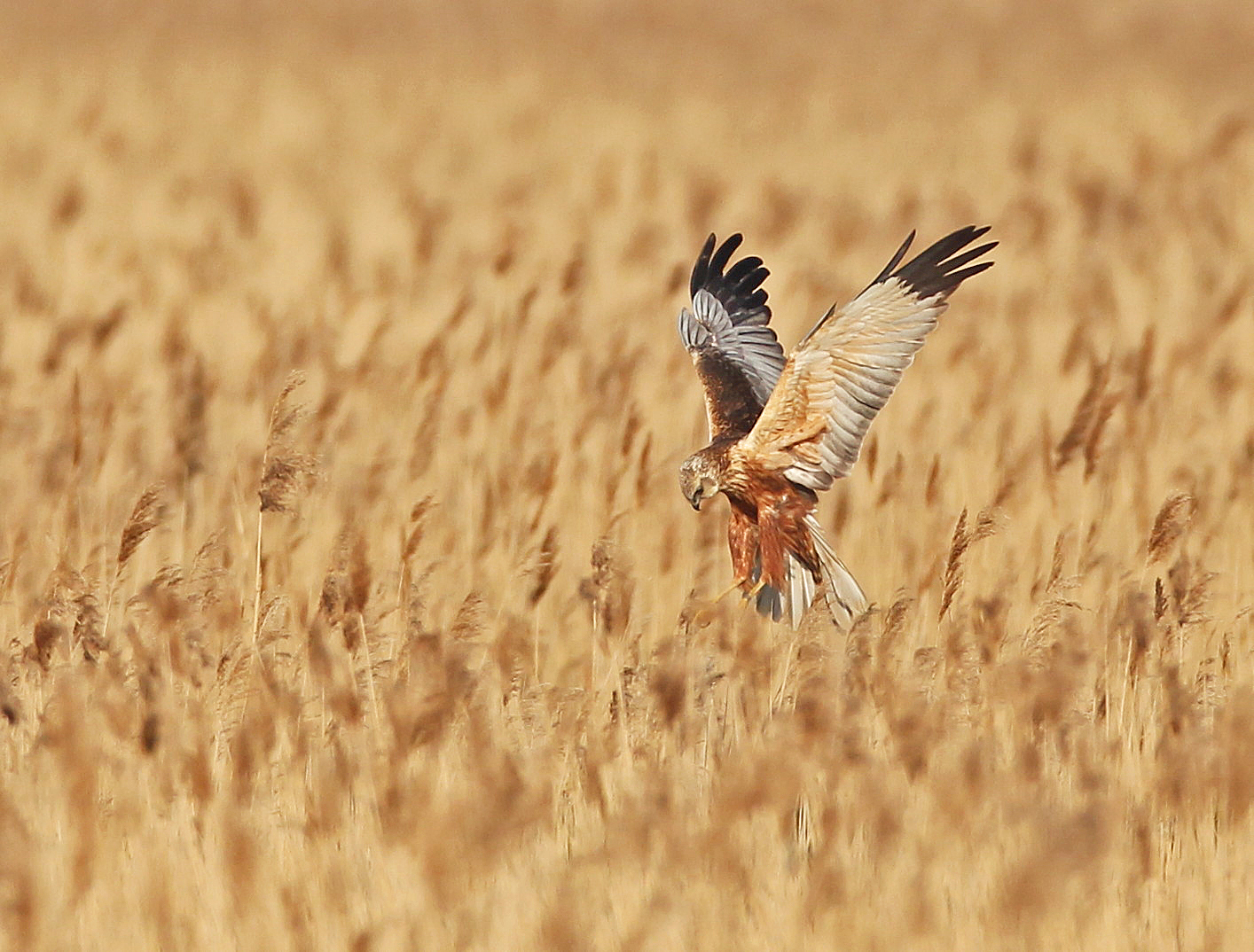 The Marsh Harriers are not the only newcomers to breed on the Isle of Wight this year. A Little Egret and a Great Crested Grebe pair are also nesting on the island for the first time. Neither appears to have hatched any chicks yet.

"Marsh Harriers can typically lay 4 to 5 eggs, and at the moment we do not know how many chicks have hatched," said Keith. "Usually you would expect a minimum of three but there may be more. It usually depends on the amount of food available."

The Marsh Harriers are nesting right in the middle of the reed bed. "The male comes in regularly with food, and the female comes off the nest and takes the food from him," said Keith. 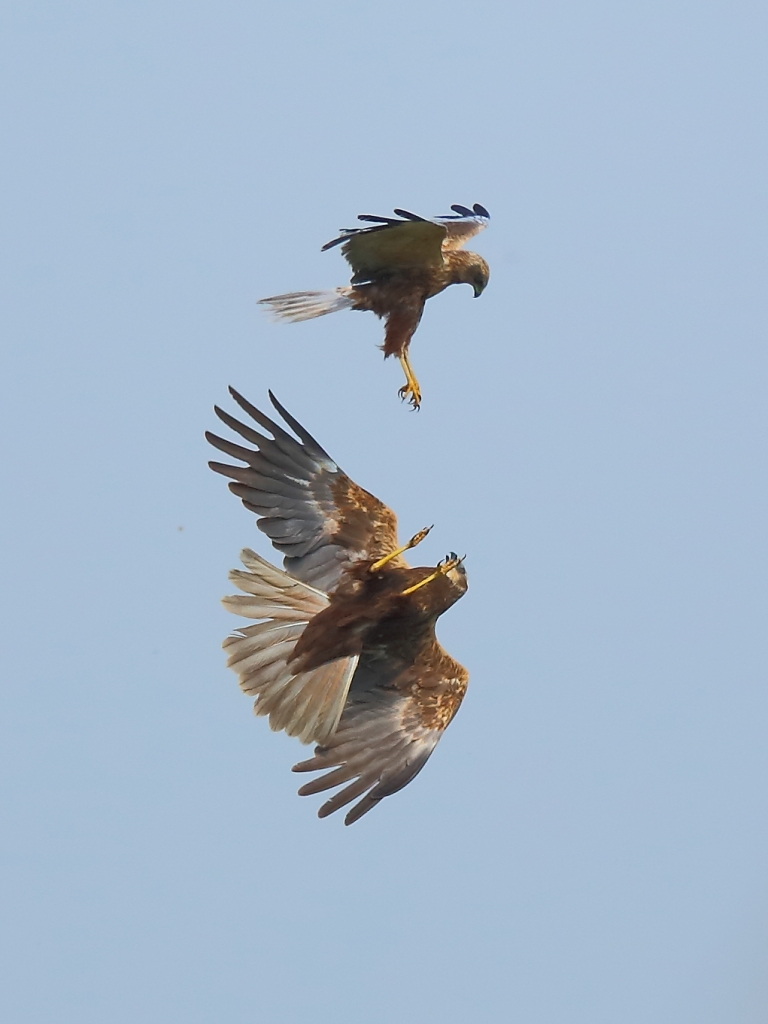 It will be three or four weeks before the chicks get any feathers, and the parent birds then encourage them to fly — which is the only way they will get out of the reed bed. "They coax them out of the nest by flying over with food," Keith said.

"The fledged juveniles are chocolate brown with golden heads so they will be quite obvious when they do emerge," he added. They have a voracious appetite and the parents are kept busy feeding them. They eat small mammals, and any unwary waterfowl that are small enough to carry.

"It is brilliant that the Marsh Harriers have managed to breed here particularly as it shows that the correct wetland management has created the right conditions. It's the first year that there has been suitable habitat for them."

If visitors would like to try and see the Marsh Harriers they should pick up a northern trail booklet from Brading station and proceed to Laundry Lane.