Firecrests were first confirmed breeding in the UK in 1962, at a site in the central New Forest. This charismatic species has since consolidated its position as a breeding bird across much of southern and eastern England, with the 2007 report of the RBBP indicating over 600 territories in the UK. In Hampshire, the breeding population progressively increased to a high of 187 territories in 2007, including 145 territories in the New Forest alone.

In 2009, we initiated a three-year survey to improve our knowledge of the New Forest Firecrest population, and to discover more about the species' habits throughout the year. Our plan is to publish the results of this work in 2012, which coincides with the 50th anniversary of their initial discovery. We are delighted that Mike Adams, the finder of the first breeding birds in 1962, has been able to assist with the survey work. Not many birders can boast over 50 years experience of surveying a particular species! 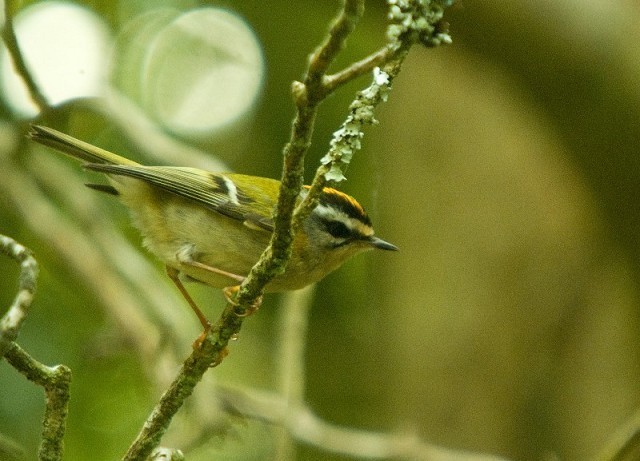 The survey has three main elements: 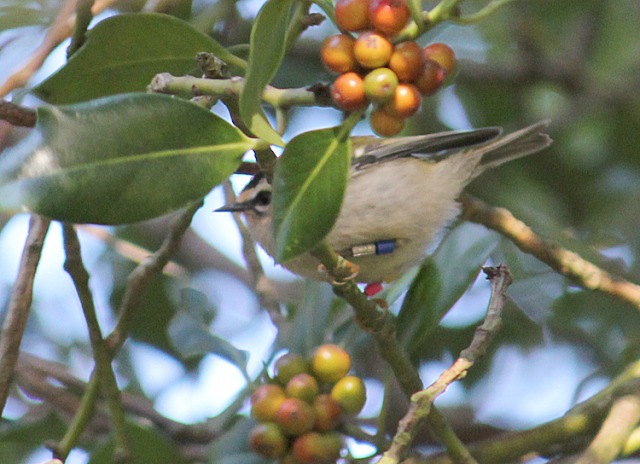 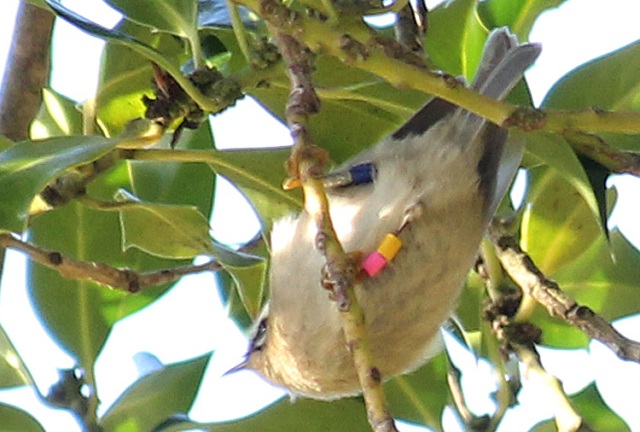 Colour-ringing by Kevin Sayer is allowing the survey team to assess Firecrest occupancy patterns in the New Forest during and after the breeding season. This male was photographed in the same clump of hollies during September (top) and October (bottom). (Photos: Russell Wynn.)

In the first two years of the survey we have already undertaken about 400 hours of field observations and to maximise the impact of this intensive fieldwork we are recording other New Forest specialities such as Wood Warbler and Hawfinch. Careful recording of all Goldcrests has proven to be especially useful, as both crests are assumed to be equally detectable, but are already showing marked differences in over-wintering strategy. This result is particularly interesting, as the survey has coincided with a run of successive hard winters, allowing us to assess the impact of inclement conditions on these vulnerable species.

We are now inviting other birders interested in Firecrests to contribute to the survey by undertaking monthly counts at known breeding sites outside the New Forest during 2011. The aim is to assess whether the results obtained from the New Forest are consistent with those at other UK breeding sites. So if you have a colony of Firecrests near you, and would be prepared to walk through one or two tetrads on a monthly basis during the year to record the numbers of birds present, please get in touch. Observers must have thorough field experience of both Firecrest and Goldcrest, including the ability to separate them on song and call.