Fears for Turtle Doves as sightings fall to lowest levels ever

Conservationists fear 2013 could be the lowest year ever for numbers of Turtle Dove — England's most threatened farmland bird. Records of sightings are down significantly this year and experts believe last summer's extremely wet weather may be the cause. Official figures show that Turtle Doves — an icon of the English countryside and a fixture in literature and folklore for centuries — have declined by 80% since 1995. However, reports from recent weeks show that this summer's population is likely to be lower than ever.

Scientists are currently investigating the causes of the Turtle Dove's catastrophic population crash in a fight against the clock to develop conservation measures before they disappear from our shores entirely. The birds face a number of threats, including changes in farming practices both in the UK and in Africa where they spend the winter, and are also regularly shot by hunters in Europe and North Africa. 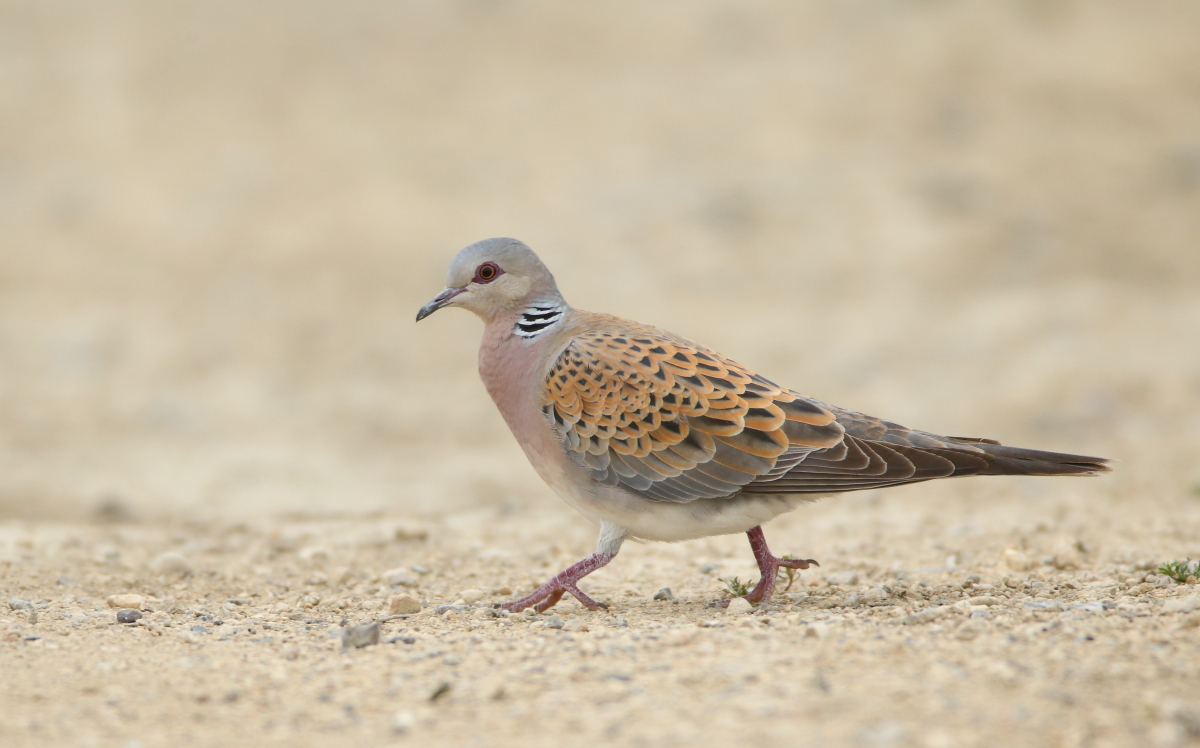 The British Trust for Ornithology's BirdTrack, an online project using data from thousands of volunteer wildlife recorders, has revealed that just 2% of recorders' lists featured dove sightings in May, compared with 3.5% last year. However, there is some hope on the horizon as scientists currently conducting research in East Anglia have seen positive breeding successes this year with more chicks surviving and leaving the nest than last year.

Dr Jenny Dunn, RSPB conservation scientist, said: "Last summer was the wettest in living memory, and it is no surprise that this has had an impact on Turtle Doves. The cold and damp summer of 2012 is likely to have have hampered the birds' efforts to feed their chicks as well as keeping them warm and as a result many will have died before they were able to take their first flight. The weather has been much better for the nesting birds so far this summer and we are hoping for a better breeding season than last year. This is just the latest misfortune for a species that has become more and more threatened in the past decade. We are extremely worried that if we cannot work out how to save them the familiar purr of this beautiful bird will never again be heard in our countryside."

The RSPB, Natural England, Pensthorpe Conservation Trust and Conservation Grade launched Operation Turtle Dove to research the causes of the decline and put in place emergency measures to help them. This includes helping farmers to sow seed-rich plots on the dove's breeding grounds in the UK and studying the birds' migration routes to sub-Saharan Africa in order to target conservation work on their wintering grounds.