The latest official figures on farmland birds released on October 17th showed that they are continuing to decline. The annual Wild Bird Indicator statistics have been released ahead of a decision that Owen Paterson, the Secretary of State for the Environment, will need to make regarding how millions of pounds of taxpayers' money is to be spent in the English countryside. The Farmland Bird Index, which covers 19 species reliant on the farmed countryside, has seen a five-year decline of 8%.

Looking back over 40 years, the long-term decline in farmland birds is 50%. However the decline has slowed in recent years. Turtle Doves are the fastest-declining species — down 95% since 1970 — and reports from earlier this year suggest it is the worst year ever for sightings. Other species hit hard include Lapwings, which are down 63% since 1970; Corn Buntings, down 90%; and Skylarks, down 59%. However, some species are doing well: these include Jackdaws, whose numbers have increased by 140% since 1970, and Woodpigeons, which are up by 134%. 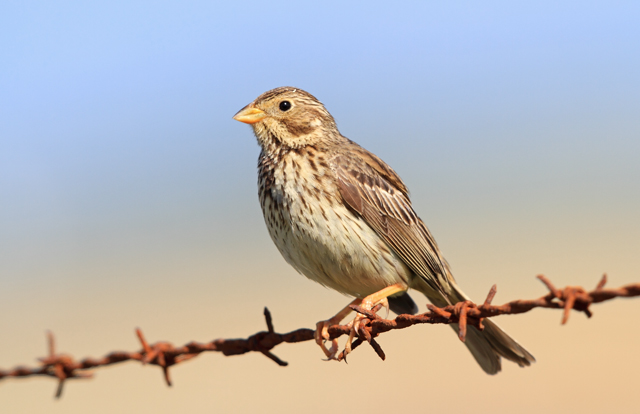 Martin Harper, RSPB Conservation Director, said: "The trend for farmland birds continues to go downwards. The decline has slowed, and wildlife-friendly farmers who put conservation measures in place on their land must be congratulated for their hard work. But if we are all going to work together to bring wildlife back to our countryside then the funding must be there for these measures to continue. Before the end of the year, Owen Paterson will need to decide how much funding he can allocate to wildlife-friendly farmers — those farmers doing the most for wildlife. Without Owen Paterson's help farmland wildlife will continue to struggle, along with those farmers trying to help. These figures tell us that the volume of birdsong — the soundtrack to our summer — in our farmed countryside has halved in my lifetime. Mr Paterson has the power to turn up the volume!"