Poisoning has led to huge declines in Europe's Red Kite population. Numbers on the bird's main wintering grounds have halved since 1994 and there have been big falls in the number of breeding pairs in its heartlands of Spain, France and Germany. So alarming is the drop in numbers that the EU has now adopted a Red Kite Action Plan, produced by the RSPB on behalf of Birdlife International and with the support of Red Kite experts across Europe. 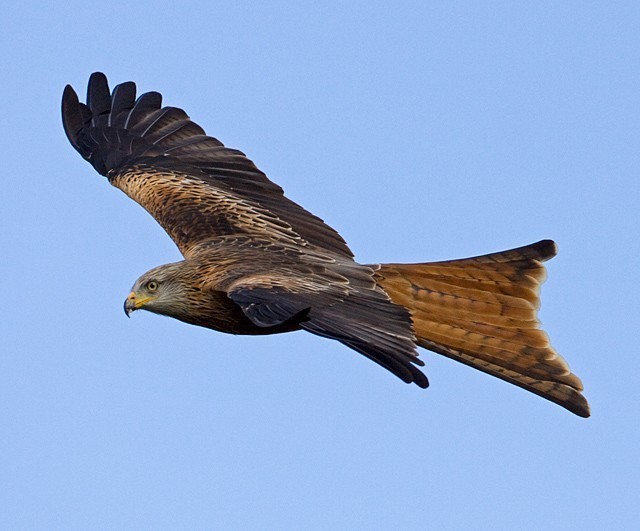 Intensification of agriculture in Eastern Europe is one cause, but the main problem is the widespread use of poison. The greatest threat comes from birds feeding on carcasses that have been illegally laced with agricultural pesticides to control foxes and wolves. In some places, birds of prey are also deliberately targeted to protect game birds. Red Kites are excellent scavengers and are particularly vulnerable to poisoned baits. In some countries, vole plagues are legally controlled by farmers using large quantities of rodenticides spread out in the open across fields. Red Kites then scavenge the dead rodents and become poisoned in turn.

The steep decline in breeding pairs — 40% in Spain and 30% in France and Germany — contrasts sharply with their success in most parts of the UK. Here, recovery of the native Welsh population, combined with a hugely successful reintroduction programme, has seen the Red Kite return from the brink of extinction. There are now estimated to be more than 1,600 breeding pairs in the UK thanks to a successful partnership between conservationists and landowners. Together with the declines on the continent, this means the UK is now home to 7% of the world's Red Kites — up from 5% only a year ago.

Poisoning, both accidental and deliberate, continues to take its toll of UK kites, however, and remains a particular problem in the north of Scotland where illegal poisoning may be preventing population growth and stopping the birds' spread. Such deaths are one reason the RSPB has been running a campaign to stamp out the killing of birds of prey.

The RSPB's Peter Newbery, who wrote the Action Plan, said: "This wonderful bird, a familiar sight across much of Europe, is suddenly in real trouble. Governments must act quickly to reduce the amount of poisons being used in the countryside and to better regulate their use. Our experience in the UK shows the tremendous ability of these birds to recover if given the chance. If the threat of poisoning can be reduced and the Red Kite's habitat protected, there is no reason why they should not bounce back. But the work has to start now." 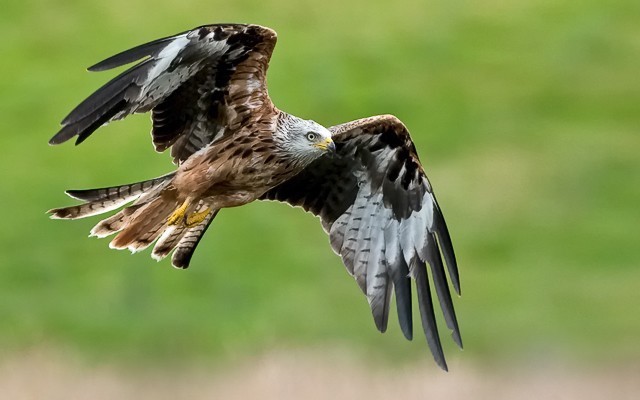 The first truly international census of Red Kites will be carried out in 2013 and again five years later to see if these steps are working.

Highs and lows of the 2009 breeding season in the UK: