Natural England has launched the most complete audit of hundreds of years of England's wildlife winners and losers to an audience of leading conservationists at the London Zoological Society today [11th March]. Lost Life: England's Lost and Threatened Species identifies nearly 500 animals and plants that have become extinct in England — practically all within the last two centuries. On top of this, nearly 1,000 native species have been given conservation priority status because of the severity of the threats facing them. 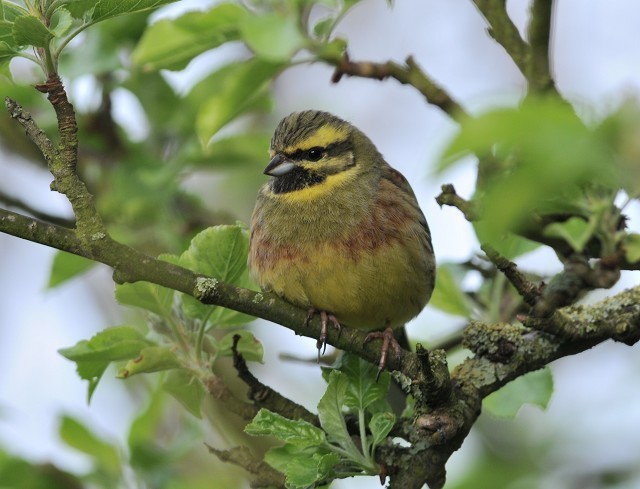 Commenting on the report, the RSPB's Dr Sue Armstrong-Brown said: "With successes like the ongoing recovery of the Bittern, Large Blue butterfly, Red Kite, Ladybird Spider and Cirl Bunting, we know that targeted species conservation works. Natural England have played a key role in most species recovery programmes and we need more of this from them in the future. We have presided over the longest and steepest wildlife declines in generations. The report confirms that 412 of the highest priority species are confined to five or fewer sites. These species will continue to need targeted funding, especially through farming subsidies and site-specific management advice, and we urgently need new ways of protecting wildlife across our countryside and seas, alongside human activity as well as in special nature reserves."

Alison Barnes, Director of Natural England in London, said: "Coinciding with the International Year of Biodiversity, this report is a powerful reminder that we cannot take our wildlife for granted and that we all lose when biodiversity declines. With more and more of our species and habitats confined to isolated, protected sites, particularly in urban areas, we need to think on a much broader geographical scale about how we can reverse the losses of the recent past, climate-proofing our natural environment, creating a network of natural green space in the city which will help to secure a more solid future for our wildlife."

The Lost Life report highlights how habitat loss, inappropriate management, environmental pollution and pressure from non-native species have all played a part in the erosion of England's biodiversity. All of the major groups of flora and fauna have experienced losses, with butterflies, amphibians, and many plant and other insect species being particularly hard hit — in some groups up to a quarter of species have been become extinct since 1800.

To provide long-term support for our wildlife, Natural England is working with a range of partners in the England Biodiversity Group to adopt a "landscape-scale" approach to conservation that goes beyond the conservation of small protected sites and individual species and embraces the management of entire landscape areas and the ecosystems that operate within them. Wide-scale restoration of habitats and ecosystems and linking of habitat areas is seen as key to taking the pressure off the biodiversity hotspots of individual sites and reserves and giving broader support to wildlife.

Copies of the full report Lost Life: England’s Lost and Threatened Species can be downloaded from the Natural England website.