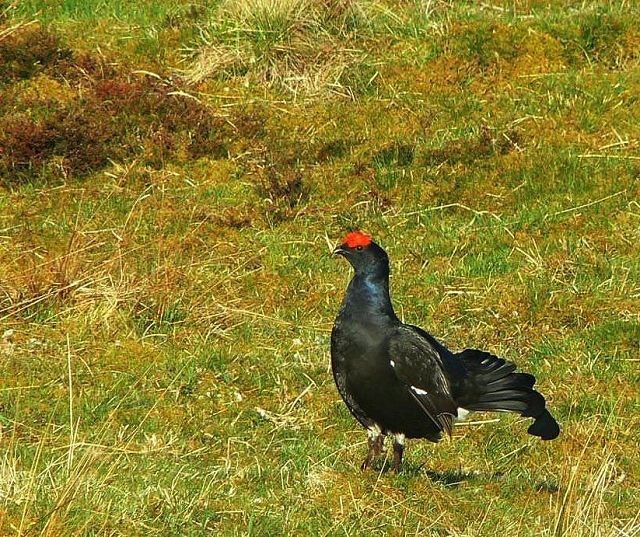 RSPB Cymru has revealed a healthy increase in the numbers of several bird species nesting at its Lake Vyrnwy nature reserve.

Hen Harriers, Curlews and Black Grouse are among the species that have been monitored at the reserve this year, with encouraging results. Curlew numbers have increased significantly, with eight nesting pairs surveyed during the breeding season, compared to only two pairs last year. Six pairs of Hen Harriers and three pairs of Ring Ouzels have also nested at the reserve.

Other nesting highlights have included a pair of Barn Owls, a pair of Kingfishers, and several pairs of breeding Crossbills in the conifer forest. Numbers of nesting Merlins and Goshawks have remained stable, with eight pairs and five pairs respectively.

Mike Walker, RSPB Cymru Senior Site Manager at Lake Vyrnwy said: "It is encouraging to see such healthy numbers among such a diversity of bird species at Lake Vyrnwy and we have worked hard on a programme of habitat management work at the reserve to help support their nesting efforts."

Habitat management work has included mowing strips of heather close to the forestry and grazing cattle on the open woodland to provide optimum feeding and breeding sites for Black Grouse.

Forestry Commission Wales have also assisted in improving habitats for Black Grouse, including more sympathetic management of the woodlands both at Lake Vyrnwy and the neighbouring Dyfnant forest.

The Lake Vyrnwy estate is owned by Severn Trent Water. Forestry Commission Wales manages 4,900 acres of woodland. RSPB Cymru manages the nature reserve, working to help a number of bird species, as well as managing the 11,500-acre organic farm.
Written by: RSPB
Login to leave a comment
Return to List