A pair of Elegant Terns is breeding in western France this summer, representing the first time a pure couple of the species has attempted to nest in the country.

The pair is currently raising two chicks in a large colony of Sandwich Terns and Mediterranean Gulls at Sébastopol Polder Nature Reserve on Noirmoutier Island, situated in the department of Vendée. 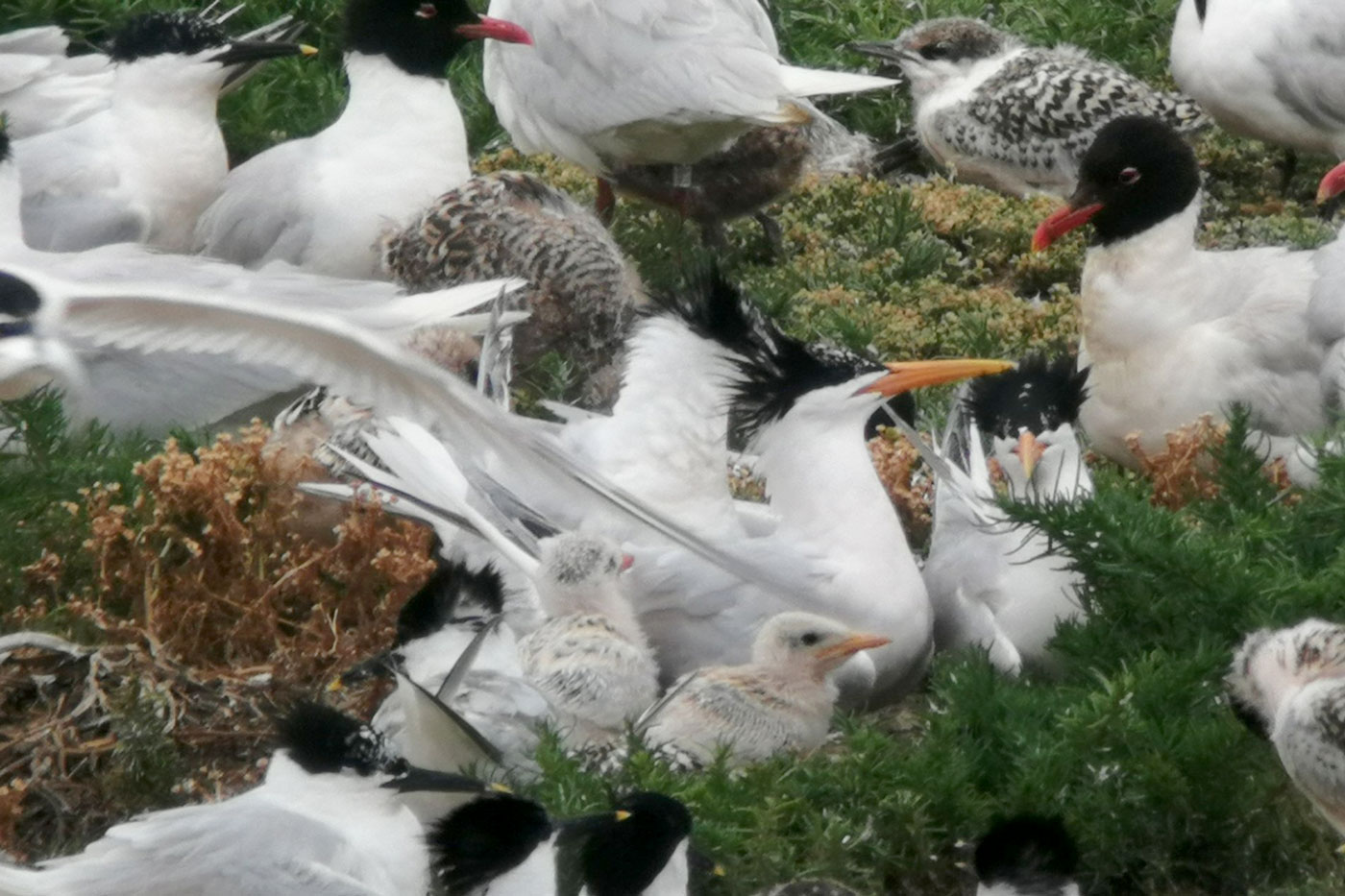 Two adult Elegant Terns, with their two chicks in the foreground, photographed at Noirmoutier Island earlier this month (@BirdsEliaz).

This colony has a long history of hosting vagrant Elegant Terns, with at least three different birds seen here over the past decade, including two of the famous DNA-sampled birds which in 2016 confirmed the species' presence in Europe beyond doubt.

In fact it is 'Bird C' from that study which is the male of 2021's breeding pair, this bird having been seen annually in the Sébastopol colony annually since at least 2019. This is the same individual responsible for sightings in southern England in June 2017, including at Church Norton, West Sussex, for more than a week. The female, meanwhile, is unringed, meaning her origins cannot be traced.

In the past, Elegant Terns have attempted to breed with Sandwich Terns at this and other sites on the west coast of France, but a pure pair had never previously been observed. With the embryonic European Elegant Tern population seemingly on an upward curve – the first confirmed case of multiple pairs nesting in Spain was noted in 2019 after a single couple bred annually in the five years to 2018 – it may well prove that the Nourmoutier breeding attempt represents the start of a new chapter in the species's relatively short history as a Western Palearctic breeder.