A top-flight French football match was temporarily halted after a flock of Feral Rock Doves descended onto the pitch.

Marseille's home game against Rennes on Sunday 18 September was paused in the closing stages by referee Benoit Bastien, who was forced to suspend the fixture after the birds appeared on the Stade Velodrome turf. 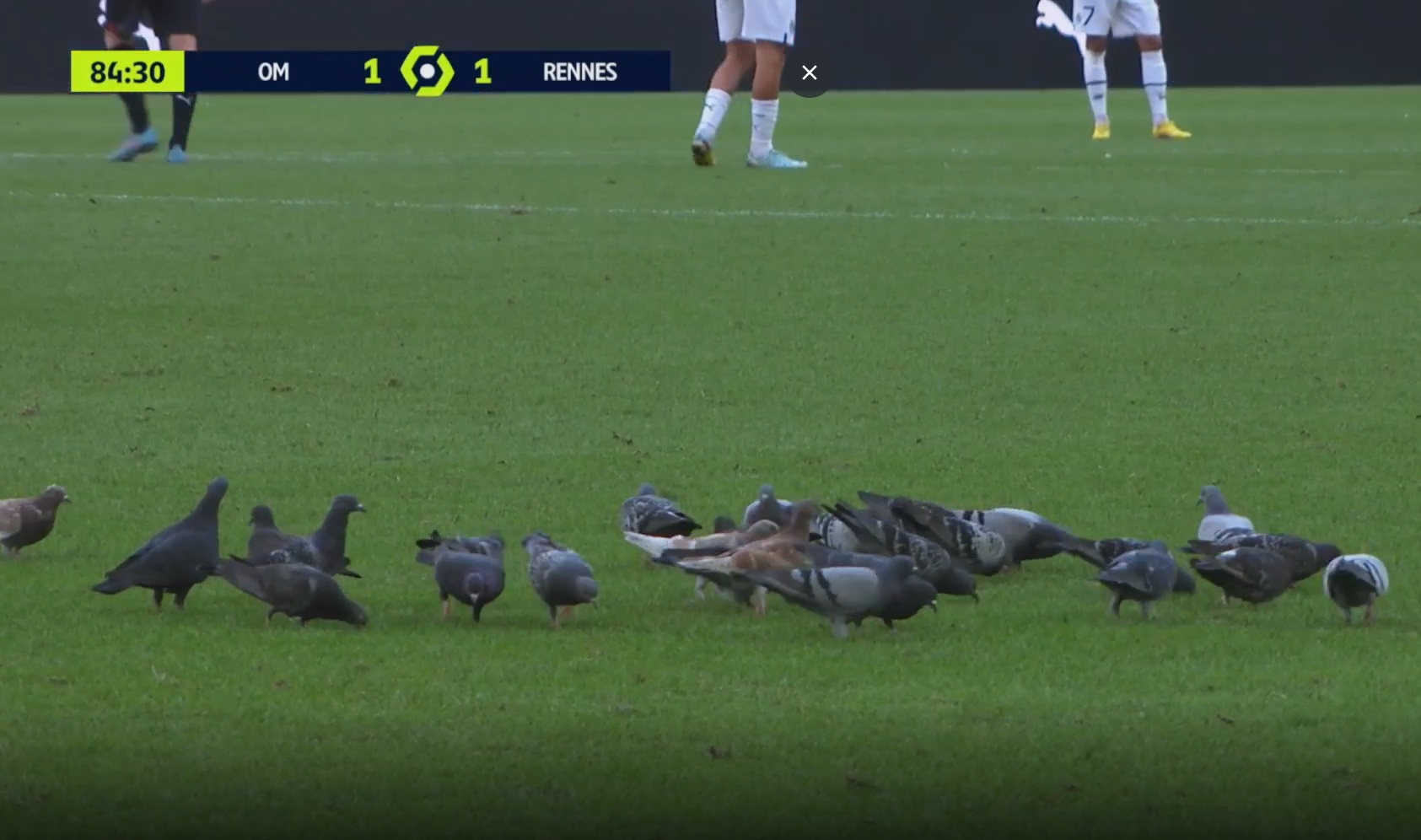 The doves on the Stade Velodrome turf (via Amazon Prime).

Clearly taking a fancy to something on the pitch, 20 or more of the birds pecked at the grass before eventually moving on. Even though the game was disrupted, the doves' invasion did not impact the final result after both teams went on to share the points following a 1-1 draw.