The EU-funded project tagged birds from nests between the Borders and the Highlands, with the generous support and assistance from of a variety of partners, volunteers, landowners, their managers and staff, and licenced taggers from the raptor conservation community.

Hen Harrier remains one of Britain's rarest and most persecuted birds of prey. Satellite tags allow the project to follow the lives of young birds as they strike out on their own. The last UK Hen Harrier population survey in 2016 put their numbers at just 575 territorial pairs, an overall significant decline of 24 per cent since 2004. Scotland is the stronghold, with 460 pairs registered on the 2016 survey. However, estimates suggest there should be over 1,500 pairs in Scotland alone. 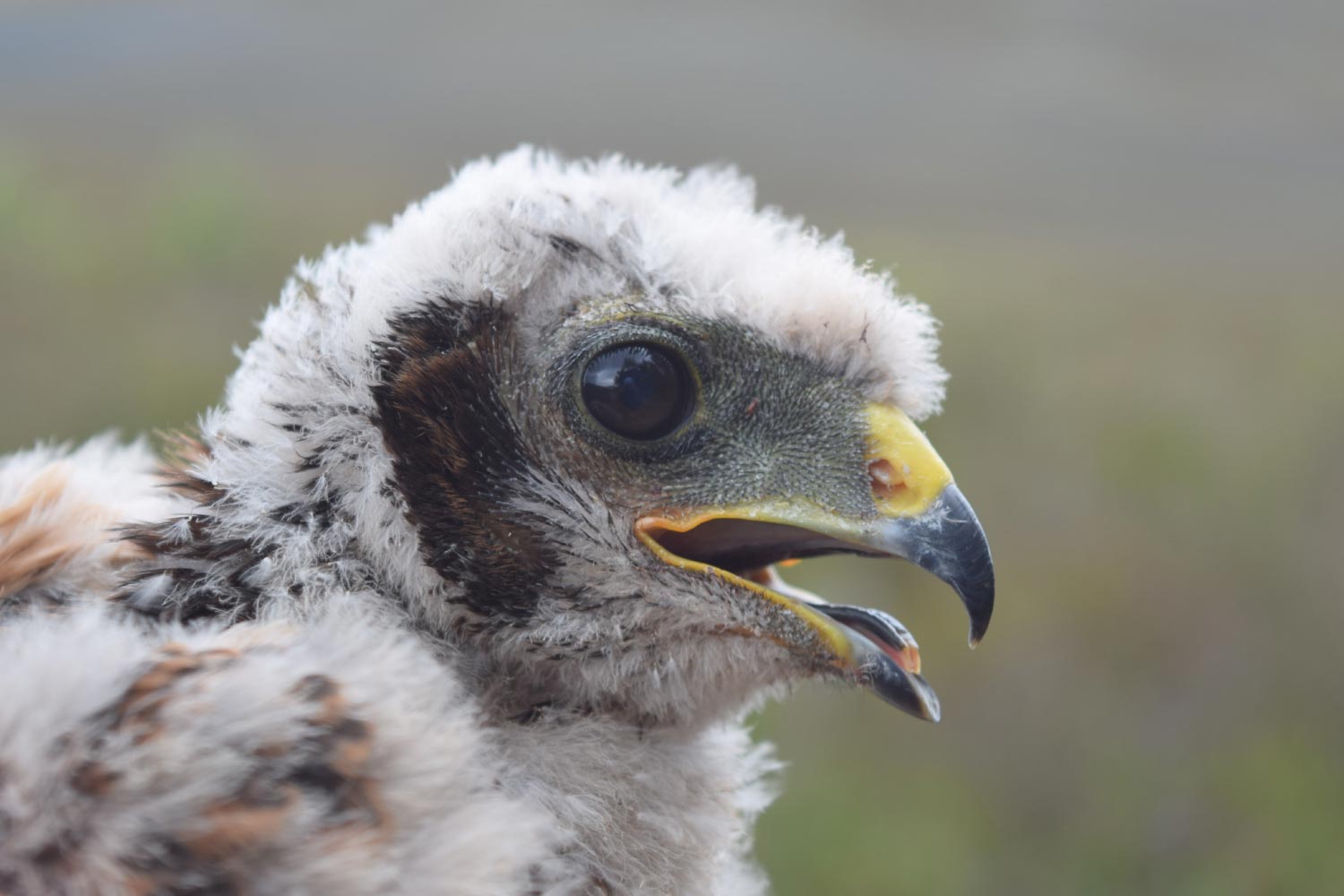 One of this year's tagged Hen Harriers (RSPB Scotland).

Prior to tagging the chicks, the project monitors nests in order to understand more about how breeding success varies from year to year and why they sometimes fail.

Information gathered from birds tagged in previous years has revealed important details on how young birds spend the first few years of their lives. Two of the birds tagged in Scotland last summer headed over to Ireland for the winter before returning this spring. One of the chicks tagged this year is the offspring of a female tagged in a previous year by the project, providing an opportunity to follow the species through two generations.

The tags also produce some more worrying revelations, with some birds either suddenly or inexplicably disappearing or being illegally killed – almost always on, or close to, grouse moors. Earlier this year RSPB Scotland appealed for information on the disappearances in areas managed for grouse shooting of two birds tagged by the project – Marci, tagged in 2018 at Mar Lodge and last recorded in the Cairngorms National Park near Strathdon, and Skylar, tagged in 2017 in Argyll who disappeared close to Elvanfoot. Rannoch, tagged in 2017, was found dead in an illegally set spring trap on a Perthshire grouse moor in May.

Dr Cathleen Thomas, Senior Project Manager for Hen Harrier LIFE, said: "It's a real privilege to work with and follow the journeys of these incredible birds of prey and the sight of one of them skydancing never fails to take my breath away.

"However, very few people get to experience such a spectacle as the British Isles is missing 80 per cent of the breeding Hen Harriers it could support. These birds face enough natural challenges in their first few years of life trying to avoid predators and learn how to hunt without the added pressure of illegal killing, shooting and trapping by humans.

"With Scotland the stronghold for the British Hen Harrier population, tagging these young birds here and understanding what is happening to them is crucial for our efforts to create a more secure long-term future for the species."

An independent enquiry commissioned by the Scottish Government is currently undertaking a review of the environmental impact of grouse moor management and possible options for regulation. RSPB Scotland is calling for licencing of the industry to be introduced to bring an end to the continued illegal killing of birds of prey.