A large wildfire destroyed part of Studland Heath in Dorset at the weekend.

No fewer than 90 firefighters were sent to tackle the heath blaze close to a popular beach. Crews were deployed to the peninsula in Purbeck after emergency services were called shortly after 1 pm on Saturday 13 August. 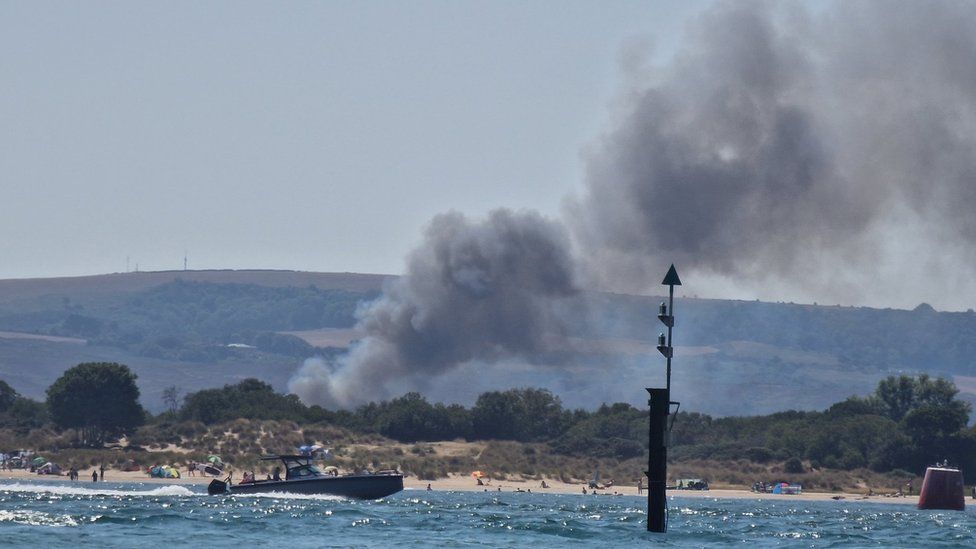 Studland and Godlingston Heaths NNR is an SSSI (Rob Payne).

The chain ferry linking Studland to Sandbanks in Poole was being used to help people get away from the area. Smoke from the blaze, which involves undergrowth and gorse, could be seen from across Poole Harbour.

Dorset and Wiltshire Fire and Rescue Service described the fire as "significant".

Group Manager Brad Stevens said: "The fire affects an area of around 200 m x 200 m, and is generating a lot of smoke. Anyone in the local area who is concerned should keep doors and windows closed. Our crews are fighting the fire on all sides, using multiple jets and beaters, and National Trust staff are using machinery to create a fire break."