The RSPB is delighted that the famous Osprey nest at Loch Garten in the Scottish Highlands has produced three young in 2014. It's great timing, as it's 60 years since the species returned to Scotland after becoming extinct.

Osprey Centre manager Richard Thaxton said: "2014 marks the 60th anniversary of Ospreys returning to Loch Garten. They have been breeding here ever since and thousands of people have had their first experience of seeing these magnificent birds here. We are also delighted that our current pair of Ospreys, Odin and EJ, will almost certainly have produced the 100th osprey to fledge at Loch Garten. It will mark a real milestone when these youngsters take to the air." 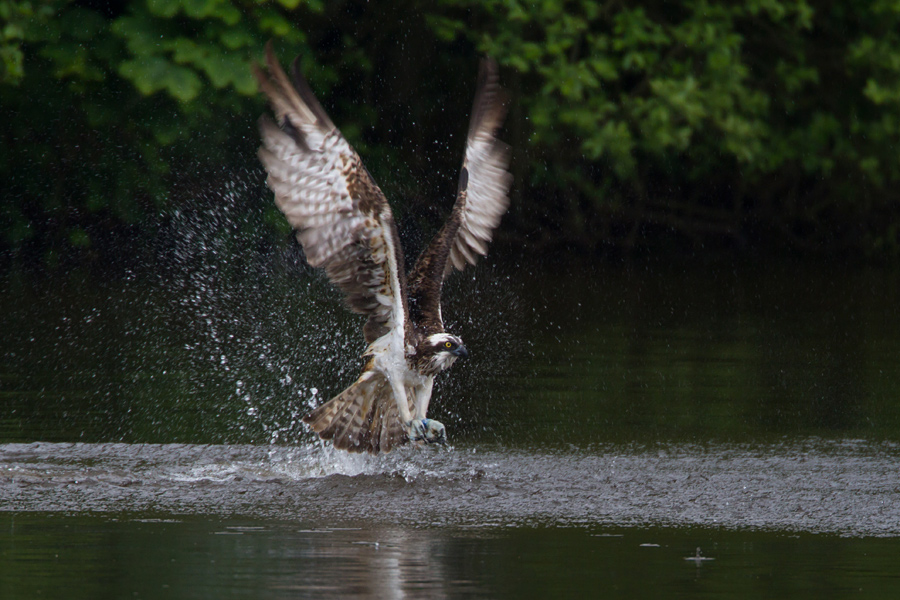 Mr Thaxton and Osprey expert Roy Dennis recently checked how the three young ospreys have been getting on and fitted satellite transmitters on two of the birds. He reported: "The tagging went well. All three of the youngsters were found to be in good condition. Checks were made for 'fault bars' in the feather growth — lines that indicate days of less food being provided — and there was very little sign of this. Odin, the male parent, has obviously done a good job in providing plenty of fish so far! Our three young ospreys are believed to be all girls. To be honest, the smaller of the three weighed-in at either a big boy weight or a small girl weight, but all things considered, Roy hedged his bets and pronounced it a girl, probably!"

Mr Thaxton said that naming the birds had been quite a challenge: "We toyed and conjured with relevant names including Century, Centurion, Furmium (the 100th element in the periodic table!) and also derivations from Cent (as in 100). Had the largest chick been deemed male then we might have run with Vincent, But as it was a girl we've opted for Millicent — Millie for short, no doubt."

"To mark 2014 being the 60th anniversary of the osprey's return to Scotland in 1954, the name of the second chick is the Gaelic word for 60, Seasca. The smallest chick, ringed but not satellite-tagged, has been named Druie. This comes from the River Druie which flows through the Rothiemurchus fish farm from whence no doubt most of their nourishment has been purloined!"