Seabirds undertake some of the most incredible migratory journeys in the world. Arctic Tern, for example, travels from pole to pole every year, a whopping distance of more than 50,000 miles, and many shearwaters and skuas make journeys of tens of thousands of miles, often across deep ocean basins.

Protecting such highly migratory bird species is a challenge, and different scientists, institutions or non-governmental organisations (NGOs) gather local data and try to safeguard their own patch of ocean with limited funds. The Seabird Tracking Database, one of the largest conservation collaborations in the world, was established by BirdLife in 2003 to correlate all the information being gathered around the world on seabirds. It began when data on 16 species of albatross and petrel was put together for the first time to identify the most important places for them and to ensure their protection.

From albatrosses to penguins, petrels to gulls, the tracking database now gathers seabird data from more than 120 research institutes (including BirdLife and its partners) and more than 170 scientists. Data on Critically Endangered species such as Tristan Albatross and another 36 globally threatened species are regularly registered. In total, the database holds information for 113 species, now in more than 10 million locations.

A symbol of the collaborative nature of the database, the 10 millionth data point comes from a dataset owned by two contributors: Dr Jacob González-Solís (Universitat de Barcelona) and Dr Peter Ryan (Percy FitzPatrick Institute of African Ornithology, University of Cape Town). It relates toSouthern Giant Petrel, a seabird with an impressively wide distribution that ranges from Argentina to Australia. 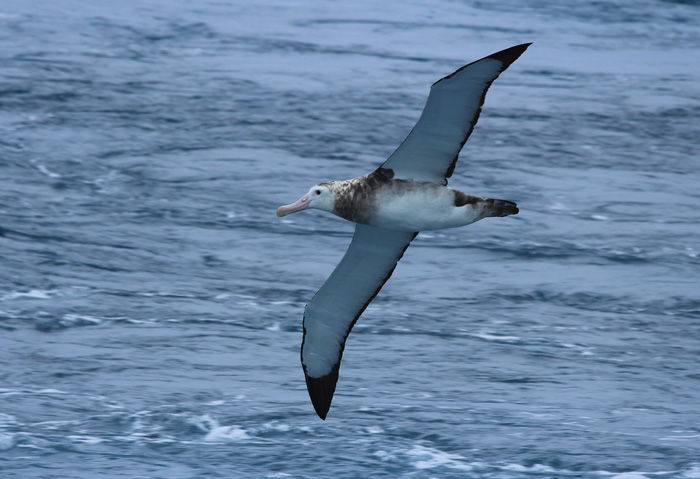 Some species receive more attention than others — submissions for Cory's Shearwater , Black-browed Albatross, Kittiwake and Northern Gannet are the most common. The bird that was tracked for the longest period of time was a juvenile Tristan Albatross, whose five tracking points give you a remarkable picture of its distribution.

Data gathering achieves much more than unlocking the secret life of seabirds and their ecology. Datasets enable the science that underpins most of our marine work, from tackling seabird by-catch to designating marine protected areas. Since just 2016, more than 100 new marine Important Bird and Biodiversity Areas have been identified, from the latitudes of the north-east Atlantic to the Antarctic Peninsula, aiming to protect special sites for more than 90 seabird species. Most of these vital sites for life could be pinpointed thanks to seabird tracking data.

"Joining datasets collected by different teams, in several colonies and for multiple species enables us to have a much more comprehensive approach in tackling the major conservation problems faced by seabirds," said Ana Bertoldi Carneiro, BirdLife Marine Technical Officer.

Ten million is an impressive number but it's no time to lower the guard, said BirdLife — this is just the beginning. Scientists will continue working hard to collect more information for seabird conservation. Many seabird hot-spots are still to be found, while the organisation must also advocate for the protection and management of special sites already identified.