Dunlin numbers have increased on Dartmoor in response to conservationists' efforts to restore the moor's famous mires or bogs.

The species breeds across northern Europe, Russia and North America and is familiar to most birders, particular in the form of its huge wintering flicks around our coasts, or in small groups of passage birds passing through in spring and autumn. Globally their most southerly breeding location is on Dartmoor, Devon. In the entire UK it is a localised and scarce breeder, with a population numbering around 9,600 pairs. The species is completely reliant on good quality blanket bog for nesting, a habitat now in short supply in Britain. 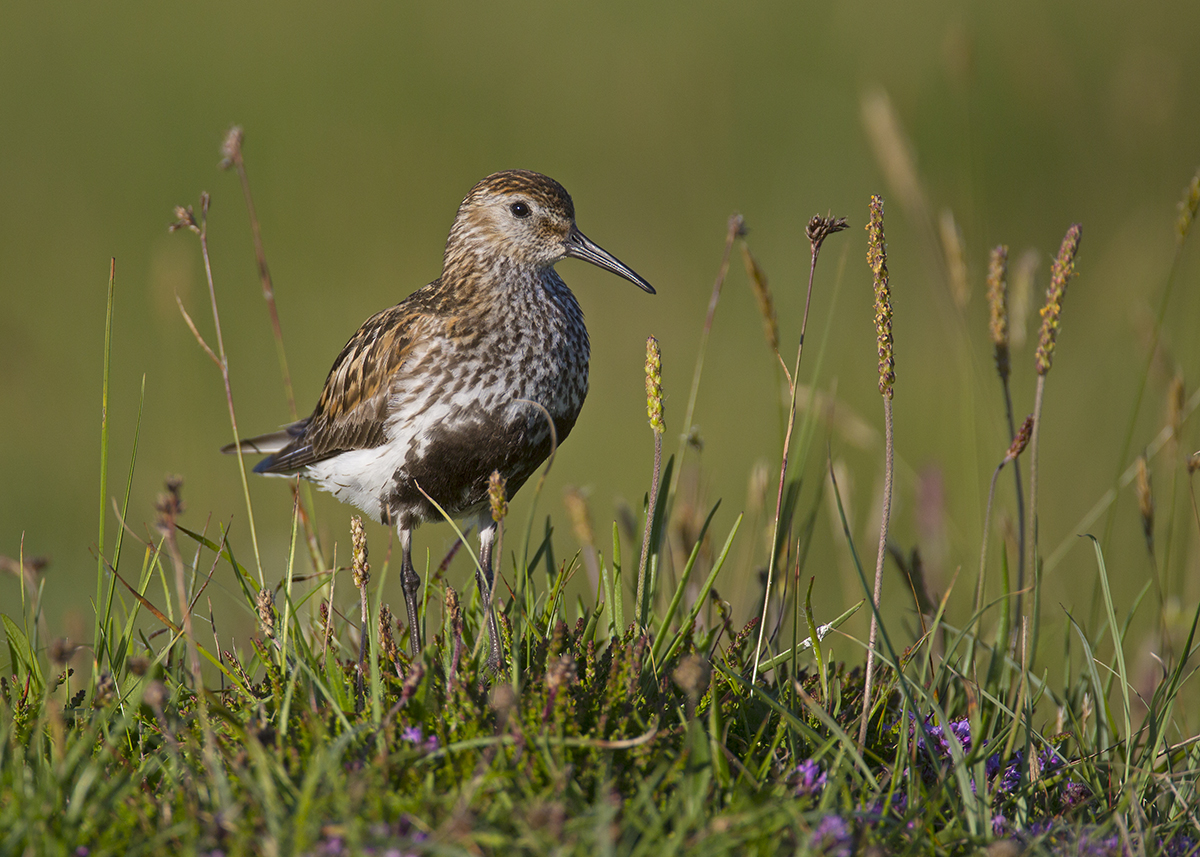 The Dartmoor Mires Project is a current pilot scheme exploring the feasibility and effects of restoring degraded blanket bog on Dartmoor, co-ordinated by the Dartmoor National Park Authority (DNPA) and steered by a partnership of the Environment Agency and Natural England, among others. The project is monitoring the impact of restoration on the water table and habitat at the sites. Restoration partly involves blocking drainage channels with peat, to prevent them further eroding. The RSPB was contracted in 2014 by the project to conduct a bird survey of the blanket bogs on the north moor, repeating that of 2010 and smaller surveys in 2007 and 2013.

Helen Booker, Conservation Officer for RSPB in the South-West, said: "It would genuinely seem that the restoration works have had an important positive effect on the Dunlin breeding population. This is great news, and it's to be hoped that continuing efforts to restore the mires will continue to pay off and secure the future of this wonderful bird, here at its most southerly site in the world."

The work being carried out to restore Dartmoor's blanket bogs is just one of a number of projects in the West Country to restore wetlands. Ms Booker added: "Across the West Country there's a lot of good work being done to put the life back into these unique wetlands. It'd be great to see this work continue and to see it replicated on other uplands in the UK. Currently a large proportion are in very poor condition, and given the services they can provide when they are in good condition, such as slowing river flows in times of flood and carbon storage, we certainly need to restore them."