Material excavated from beneath London for Crossrail's new cross-capital rail link is to be used to create a huge wildlife reserve in Essex. Clay, chalk, sand and gravel taken from the construction of Crossrail will be transferred by ship to Wallasea Island, which the RSPB will transform into 1,500 acres — nearly 2.5 square miles — of tidal wildlife habitat. The agreement links Europe's largest construction project with the continent's biggest coastal habitat creation scheme. The project, to help replace wildlife sites damaged by climate change, was announced a year ago but depended on raising at least £12 million. Plans have altered since and costs have risen. 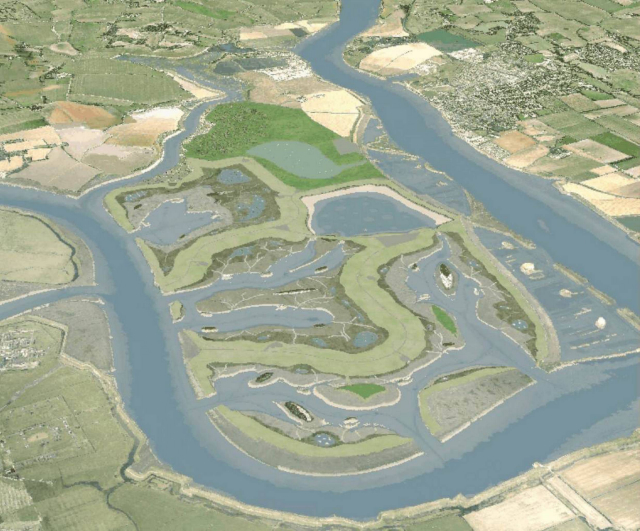 Graham Wynne, Chief Executive of the RSPB, said: "This is a fantastic agreement that one year ago we could never have imagined. Wallasea will be the RSPB's most ambitious and innovative habitat recreation scheme. It will create a huge new area for birds and other wildlife whose existing habitats are being damaged and lost because of climate change. This is a ground-breaking deal between one of the UK's leading enterprises and an environmental charity. It is absolutely wonderful news for wildlife."

The Crossrail proposal was given Royal Assent in July. The 73-mile rail link from Maidenhead and Heathrow in the west to Shenfield and Abbey Wood in the east will be Europe's largest civil engineering project. Crossrail will include works on the existing railway network together with a central underground section from Paddington to Woolwich and Stratford. The RSPB will next week submit a planning application to Essex County Council to transform Wallasea Island with Crossrail material. Public consultation will start in December and Essex County Council is expected to reach a decision in the spring. 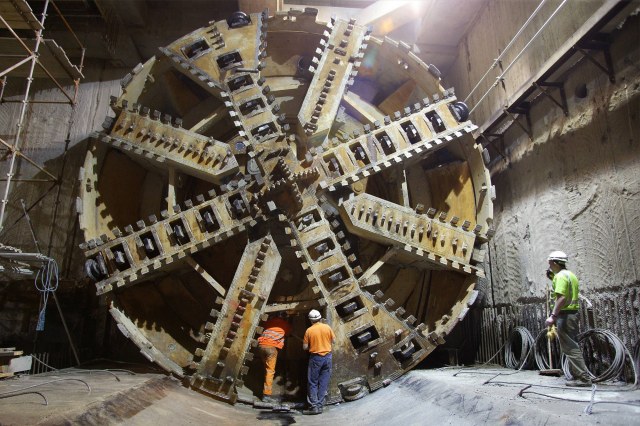 Crossrail material will be used to raise land on Wallasea, creating hillocks and dips into which seawater will ebb and flow. Calorie-rich saltmarsh, mudflats and other coastal habitats should attract rare and exotic birds such as Spoonbills and Black-winged Stilts. Kentish Plovers could also make a return, after disappearing from Britain more than 50 years ago. Otters, saltwater fish including herring and flounder, and saltwater plants such as Sea Lavender and Samphire are expected to thrive.

Crossrail main works should start in 2010 and bored tunnelling in 2011. The RSPB's work on Wallasea is expected to take between five and ten years. Simon Phillips, Crossrail Construction Liaison Manager, said: "We have been looking for a good way to reuse the excavated material from Crossrail for some time and we believe that we could not have found a better home for it than the RSPB scheme at Wallasea Island. Crossrail is the largest civil engineering project in Europe and we believe that by contributing towards Europe's largest new coastal wetland we will leave an appropriate and fitting legacy."

Dr Andre Farrar, the RSPB's Protected Areas Manager, said: "From the outset, we recognised that working on Wallasea Island would be technically challenging and would need innovative solutions. With most of the land well below high tide level, just letting the sea in would have brought in too much seawater causing problems with navigation and erosion elsewhere in the Crouch and Roach estuaries. The use of high-quality material is the best way of achieving habitat restoration on these low-lying coasts." 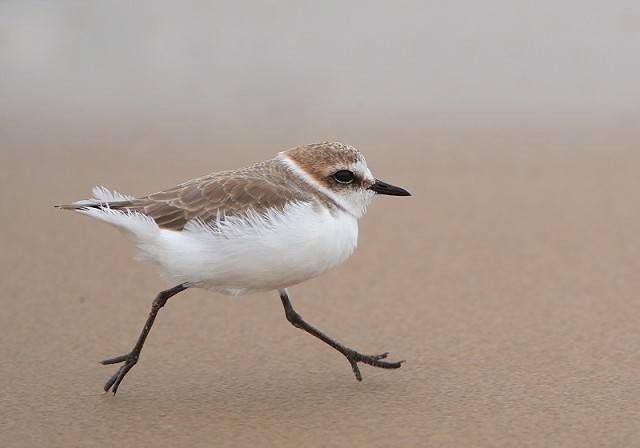 The RSPB's Wallasea Island Wild Coast Project will create 148 hectares of mudflats, acres of saltmarsh and shallow saline lagoons and a second area of saltmarsh in anticipation of sea level rise. About eight miles of coastal walks and cycle routes will also be created as part of the project. The Essex estuaries are in the top five most important coastal wetlands in the country and are protected by national and European law.

Wallasea was once five islands but is now one. The RSPB will restore these ancient divisions. Wetland restoration began on Wallasea in 2006 when Defra breached sea walls on the northern edge of the island, next to the proposed new nature reserve. That land is now managed by the RSPB.