Crisis in the hills

Ornithologists in Wales have expressed shock at the findings of a range of independent surveys carried out across Wales in the last two years that reveal massive declines in the numbers of many of our upland birds. Species in serious decline include many of the iconic species that define our uplands, including Curlew, Golden Plover, Chough, Peregrine and Ring Ouzel. If the current trends continue, these species may be extinct in the Welsh hills before too long. Surveys undertaken by independent consultancy Ecology Matters reveal that on Plynlimon in mid-Wales numbers of Golden Plover have declined by 92% since 1984 with only one pair remaining; Red Grouse have declined by 48%; and four species — Teal, Peregrine, Ring Ouzel and Black-headed Gull — are now extinct in this area. 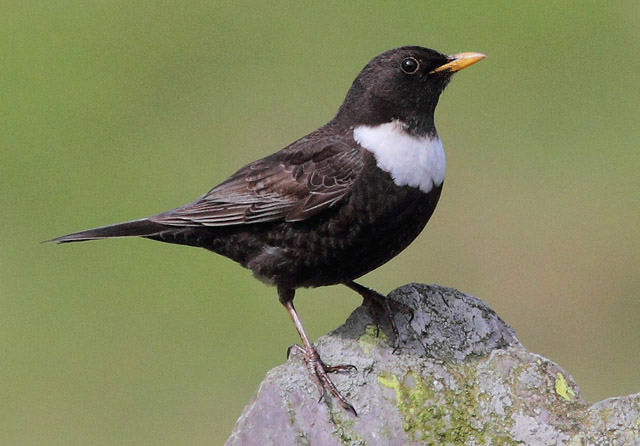 Initial results of surveys being undertaken by the Welsh Kite Trust are showing declines of Peregrines at inland sites across Wales. Where birds are hanging on, productivity has declined drastically. An independent long-term study of Chough by the Cross & Stratford Welsh Chough Project has documented long-term declines at inland breeding and feeding sites. Mick Green of Ecology Matters said: "Although I was aware of declines I was shocked at the scale revealed once we carried out proper surveys. That the declines on Plynlimon are on a designated site that is meant to be protected is especially worrying — if declines like these are found on protected sites, what hope is there in the wider countryside?"

Tony Cross of the Welsh Kite Trust added: "It is worrying that the recovery of the Peregrine we witnessed at the end of the last century now seems to have been reversed and absolutely tragic that many of the upland slate quarries and mine workings that once rang with the enigmatic call of the Chough are now silent; we urgently need to find the reasons for these trends so that we can act now to counteract them."