Environmentalists have asked the Irish government to intervene over a proposal to build a €7 million interpretative centre and cable car system to Dursey Island, Co Cork, amid concerns it will severely impact the local Chough population.

Friends of the Irish Environment (FIE) have written to the Minister for Arts, Culture and the Gaeltachta Josepha Madigan asking her to intervene in plans from Cork County Council in partnership with Fáilte Ireland to develop Dursey Island. 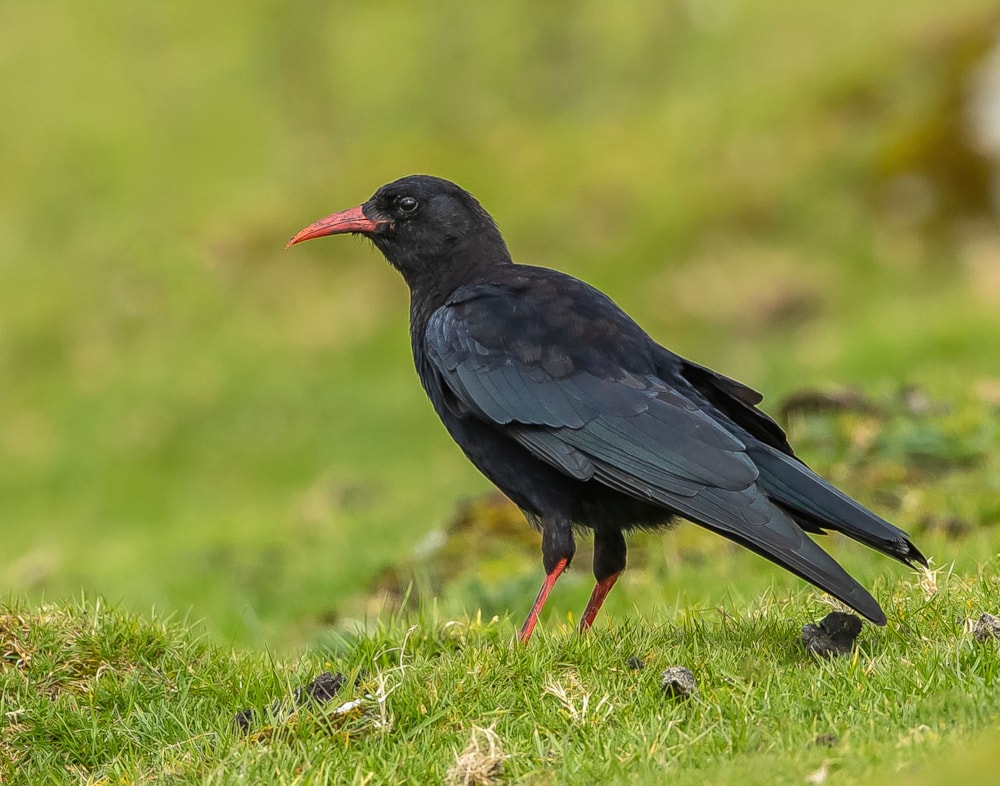 Chough has declined on Dursey Island by some 30% since 2003 (Roy Peacock).

According to Tony Lowes of FIE, surveys show the number of Choughs has declined by 30% on the island since 2003 and the proposed project will lead to a further reduction.

"Studies have shown that the survival of young Choughs was lowest when tourist numbers were greatest because inexperienced birds had trouble finding sufficient food when disturbed frequently", said Mr Lowes.

According to Mr Lowes, a survey on the Chough population on the island, in the Environmental Impact Statement (EIS) in the planning application made for worrying reading. The survey highlights that in late June/early July, family groups of Choughs were observed flocking on the western end of the island, and birds largely stayed around this area from this point onwards, he said.

One surveyor reported only observing Choughs on the western end of the island, which is the "key foraging and flock-forming area", after walking from one side of the to the other on a date in July. A visitor study undertaken shows that this extreme western end of the island is visited by more visitors than any other area (26%) while 42% of visitors leave the path when reaching this area, he added.

Mr Lowes warned that allowing such a development on Dursey Island would set "a precedent for future mass tourism in Ireland at the expense of our protected wildlife".

Cork County Council is seeking to replace the existing six-person cable car, which takes 10 minutes to cross the 260 m channel, with two new cable cars capable of carrying 200-300 passengers an hour each way.

The project includes an interpretative centre on the mainland, with a gift shop, a café with 84 seats, a 100-space car park and a bus bay. Sixteen passing bays are also proposed on a 4 km section on the main Beara peninsula road, and visitor numbers are expected to increase to 80,000 a year.

Cork County Council has just published details of its Compulsory Purchase Order to acquire the land to allow the project to proceed but Mr Lowes stressed the impact it would have on Chough numbers.

"While the EIA itself warns of potential dangers to Chough that cannot be ruled out, it proposes no prohibition on visitors or other meaningful measures beside signage to protect the bird," he said.

Mr Lowes said that the failure to propose any prohibition was not surprising given that any restrictions would be counterproductive as they would be required most in the peak tourist months of July and August.