The RSPB and Wildlife Trusts have strongly criticised the government's decision to cut funding for the environment by up to 57 per cent, as wildlife continues to decline.

Following Monday's government announcement regarding severe cuts across DEFRA — the department responsible for environmental protection in the United Kingdom — the RSPB and The Wildlife Trusts have come together to highlight what it might well mean for nature in Britain.

Dr Mike Clarke, the RSPB's chief executive, said: "Westminster ... is keen to talk about 'difficult choices', but it seems increasingly clear that abandoning its obligation to ensure the UK is habitable is not very difficult for them at all.

"Five years ago DEFRA was at the front of the queue and took [some of the] largest cuts while other departments were still negotiating. When once again DEFRA is heavily cut ahead of other departments, talk of 'difficult choices' is hard to take seriously."

Economists at the RSPB have analysed the government's figures and have forecast what the proposed 30 per cent cuts — as announced by the Chancellor on Monday 9 November — could mean for the environment: 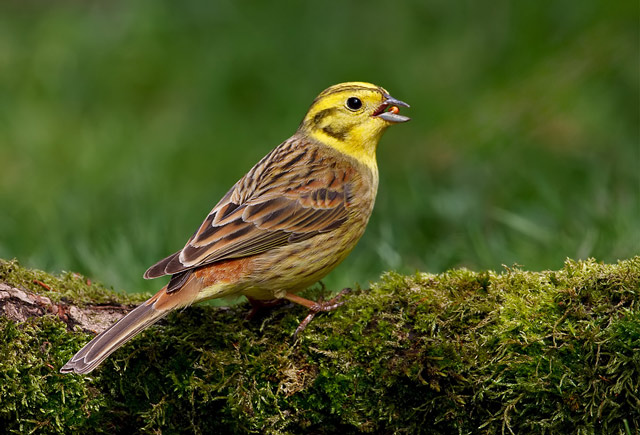 What price a Yellowhammer? Britain's financial wildlife support systems are becoming as depleted as their natural ones (Photo: Steve Whiteley)

Dr Clarke continued: "A lack of resource is already damaging the UK government's ability to meet basic statutory obligations. These obligations aren't 'nice to haves' — a healthy natural environment underpins our prosperity. Investing in environmental protection is an essential part of any plan for a better future."

Stephen Trotter, The Wildlife Trusts' Director in England, said: "Even before yesterday's announcement, the government was only investing a tiny proportion of our national income in environmental stewardship and the restoration of wildlife habitats — it's already far below the levels that we need, [and] will now be reduced to such low levels that there are real question marks over whether the government can continue to deliver its most basic functions and responsibilities for the natural environment. When everything we depend on comes from the natural world this makes no sense for the economy and it makes no sense for the health and wellbeing of our society.

"The UK has been running up a massive environmental deficit over recent decades and which future generations will have to pay off. These cuts are a false economy, and will undermine and jeopardise the future growth and development of the economy. I fear this is a missed opportunity for government to start paying off the environmental debt that we're leaving to our children and grand children. We are now faced with the extremely worrying prospect that government no longer has the ecological literacy or functionality that society needs if we are to build a genuinely sustainable future."

Mike Clarke added: "The UK Government is now faced with a simple choice. Either rethink this decision or, if these cuts do have to go ahead, ring-fence spending within other departments for environmental protection."

Some might also argue that wildlife charities have pussyfooted around ministers for too long, and that it is time for environmental NGOs to mobilise their massive membership against the government cuts. While it is a tricky game to avoid political partisanship, the current government have shown themselves to be the enemy of environmental and wildlife protection, and this needs to be highlighted to every member of every environmentally minded organisation as soon as possible. Perhaps the threat of loss of votes could produce a U-turn.