Climate change is causing a number of widespread British birds to lay their eggs much earlier than 40 years ago, that’s just one of the trends revealed in the latest State of the UK’s Birds report – an annual publication produced by a coalition of conservation organisations looking at the fortunes of the UK’s bird populations. Information from the British Trust for Ornithology’s Nest Record Scheme (incorporated in the State of the UK’s Birds report for the first time) shows that birds like the Chaffinch are, on average, laying their eggs about a week earlier than they did in the mid 1960s. Information obtained for other species, such as Blue and Great Tits, Robins and Swallows, shows a similar pattern.

The changes in laying dates recorded since the mid 1960s are believed to be in response to increasing temperatures triggered by climate change. In 1966, the average date for Chaffinches laying their first egg was 11th May, but by 2006 this date had moved forward to May 2nd. For Robin, the average dates have moved from 28th April to 22nd April, in 2006. 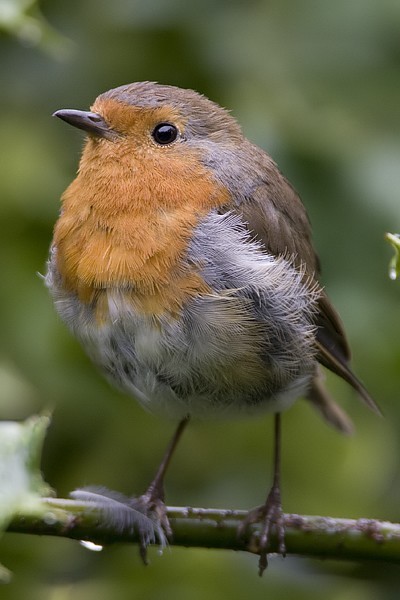 Dr David Leech, organiser of the BTO’s Nest Record Scheme, said: “Every year a network of 500 BTO volunteers monitor 30,000 nests, providing an enormous wealth of information about the changes in nesting activities of many of our birds. Over time, this body of information reveals a fascinating insight into how wildlife is affected by environmental changes.” The report, which is produced by a partnership of organisations, also shows that birds are impacted by climate change in other ways too.

Information from the British Trust for Ornithology shows that Song Thrushes rear fewer young during dry summers. Song Thrushes feed their chicks largely on earthworms which are much harder to find in drier ground. A graph combining rainfall in England and Wales with Song Thrush nesting success showed that the birds reared more young than any year since 2004 – another wet summer. Drier summers are an anticipated feature of climate change in the UK and the data indicates that this bird of conservation concern will struggle in future.

Each winter the UK’s food-rich estuaries are vital to the survival of internationally-important numbers of wading birds that arrive from northerly and easterly breeding grounds. Although the overall number of these birds increased by about 50 per cent up to the late 1990s, numbers have since started to decline. The declines have been particularly acute for several key species, including Purple Sandpipers, Ringed Plovers and Dunlins. These waders have decreased by 59, 13 and 21 per cent respectively between 1979/90 and 2004/05 and this decline is largely thought to be fuelled by birds wintering elsewhere in Europe where conditions are becoming more suitable. The report confirms that the Dunlin, which used to be the UK’s most numerous wading bird in winter, is now at its lowest level since records began. Volunteers for the Wetland Bird Survey now count more Knot than Dunlin. However, in colder than average winters, the UK’s estuaries will remain crucial for birds escaping harsher conditions in continental Europe.

This year’s report also looks at the plight of the Balearic Shearwater – the only Critically Endangered bird to regularly visit the UK. A study reveals that one in 10 of the world population of this dove-sized relative of the albatross visits UK inshore waters. Breeding around Majorca and the other Balearic islands, this bird migrates out of the Mediterranean to the Atlantic during the autumn. Research has shown that the birds are having to travel increasingly further north in search of food because of shifts in the distribution of fish driven by climate change. 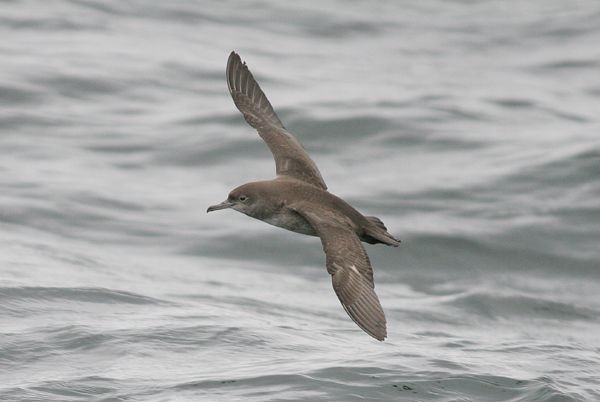 Dr Mark Avery, the RSPB’s Conservation Director, said: “This year’s report shows that climate change is with us already and from our gardens to our seas, birds are having to respond rapidly to climate change simply to survive. As often before - birds are acting like the canaries in a mine shaft and giving us early warning of dangerous change.”

Content continues after advertisements
Dr Tom Tew, Chief Scientist for Natural England, said: “The consistent declines in specialist bird species highlighted by this year's report indicate that the variety and richness of our countryside is being lost. This reflects the findings of Natural England's own State of the Natural Environment report. This loss is affecting many plants and animals. We urgently need to act to reverse the loss and fragmentation of important habitats if our wildlife is to stand any chance of adapting to climate change.”

Richard Hearn, Waterbird Monitoring Programme Manager at the Wildfowl & Wetlands Trust, said: “The rate of redistribution of some waterbirds has been dramatic in recent years, but for some species we still know little about the extent to which decreases in numbers in the UK are due to redistribution to other parts of their range or real decreases in overall numbers. It is vital that we learn more about the extent and consequences of redistribution in order to ensure that these species are effectively conserved”.

Andy Douse, senior ornithologist with Scottish Natural Heritage, said: “This report highlights continuing problems for Scottish seabirds, such as Guillemots, Puffins and Kittiwakes. There have been further declines in breeding success in 2007, as shown by the new Scottish seabird indicator. We know that this is almost certainly due to lower food availability, principally sandeels. We are also aware that changes in sandeel abundance are probably linked to climate change in the seas around the Scottish coastline. Sadly these changes in productivity are likely to mean fewer breeding birds and therefore continued decline in some key species that are so emblematic of Scotland's marine environment.”

Matt Murphy, ornithologist for the Countryside Council for Wales, said: "This decrease of certain waders such as Dunlin and Ringed Plover is also reflected in the Welsh wintering populations. Both have declined in our major estuaries such as the Severn and the Dee. Another effect of climate change is thought to be the spread of Little Egrets north along the Welsh coast over the last ten years. Climate change also seems to be affecting the Pied Flycatcher - an archetypal bird of Welsh oak woodlands. They appear to be breeding earlier across a number of sites and the worry is they may eventually breed so early, they are out of sync with their major food source of caterpillars.” 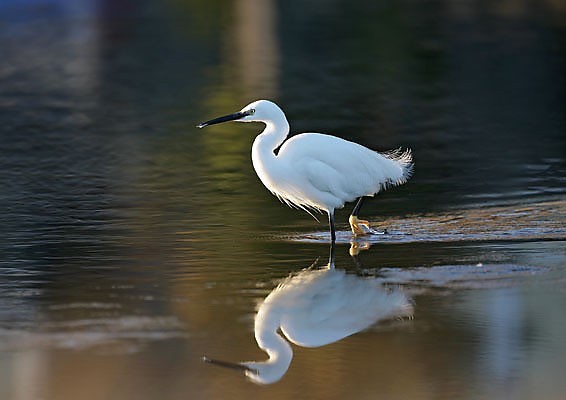 Professor Howard Platt, Chief Scientist with Northern Ireland Environment Agency said: “We are concerned about the dramatic reduction in overall duck numbers wintering on Lough Neagh - the UK's largest lake. We are funding some research to see if certain species are 'short stopping' in Europe because there are ice-free water bodies that would have been ice-bound before climate change.”

The State of the UK’s Birds 2007 report is produced by a coalition of three NGOs - the RSPB, the British Trust for Ornithology and the Wildfowl & Wetlands Trust – and the UK Government’s four statutory nature conservation agencies – the Countryside Council for Wales, Northern Ireland Environment Agency, Natural England and Scottish Natural Heritage.

The article is provided in PDF format: click here to read it (1.4Mb - on slow connections this may take a while to load).