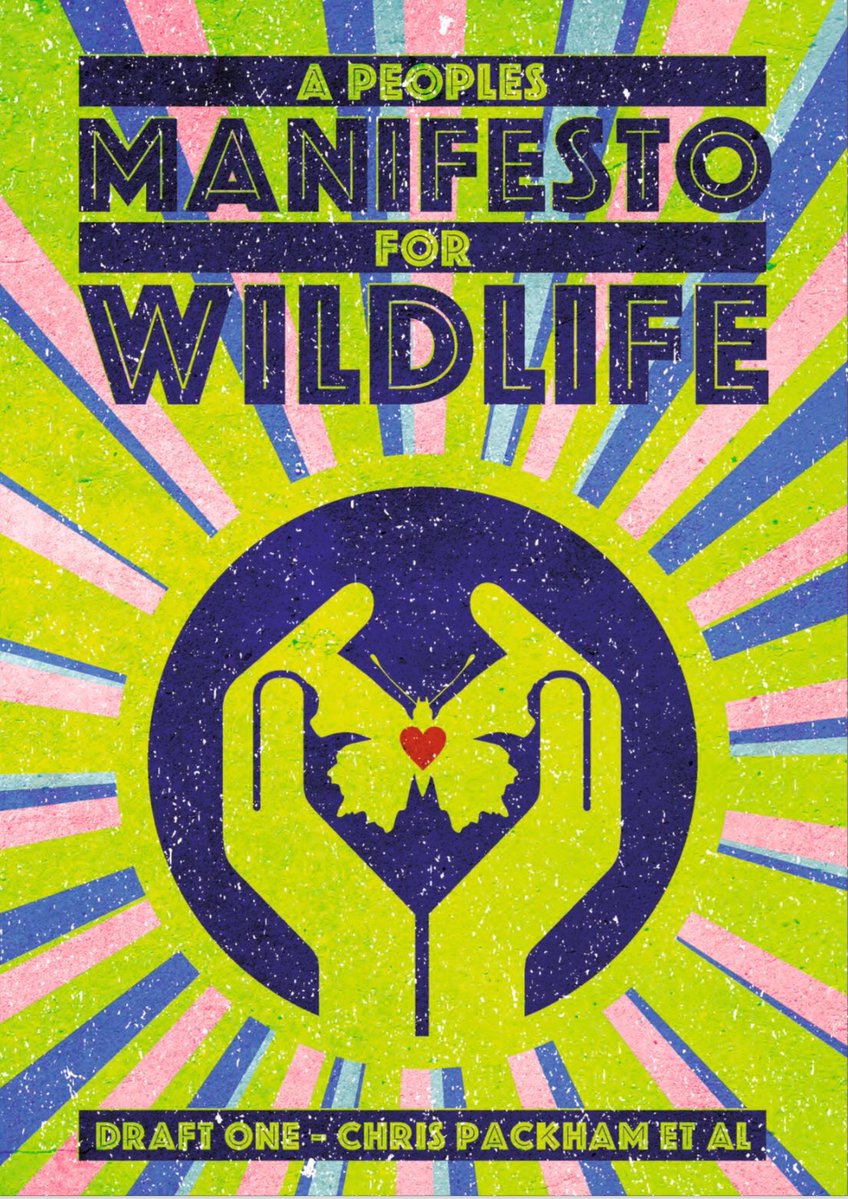 Ahead of the People's Walk for Wildlife on Saturday [22 September 2018], a detailed manifesto with 200 measures designed to save British wildlife has been published. The document, drawn up by Chris Packham, includes a myriad of different actions required to reverse – as Packham puts it – an "ecological apocalypse". The People's Manifesto for Wildlife contains proposals such as an end to seal and driven grouse shooting, a dog ban at all nature reserves, Eurasian Lynx reintroduction and a pesticide tax.

With the aid of 17 independent experts and scientists, the manifesto, which can be read in full online, explains how it's time to "wake up to the mass extinction happening in our backyard". It outlines that everyone could and should take practical steps to make a change, and also campaign for broader measures to be implemented, in order to reverse the long-term obliteration of species and habitats throughout Britain.

According to the most recent State of Nature report, conducted by various environmental organisations in 2016, the UK is one of the most nature-depleted countries in the world. Between 1970 and 2013, 56 per cent of British species declined, and of the 8,000 animals assessed, a remarkable 15 per cent are threatened with extinction. This dreadful analysis, and equally desolate outlook, requires immediate action, and the government's recent 25-year environmental plan – which Packham compares to the document drawn up by him and his team – is too far away in the eyes of the experts behind the manifesto.

As well as the aforementioned suggestions, proposals to ban lead ammunition, snares and scallop trawling are also laid out in the document. Rewilding a tenth of the UK's uplands is also suggested, along with the reintroduction of Eurasian Beaver, Golden Eagles and Eurasian Lynx. Government and business co-operation will be needed for some of the measures – for example, wildlife ponds created on every industrial and housing estate, and at all municipal parks, and a pesticide tax, will only be implemented with political input. The latter has already been introduced in Denmark; pesticide use is a key factor behind a big number of the most disastrous declines in Britain as well as in other European countries.

A key feature of the proposals is the engagement of young people with wildlife. The promotion of nature and farming in schools is suggested, as well as increased diversity within the conservation sector. Pets and their impact on wildlife is also discussed, with dog walking hot-spots mooted – sites would be designed specifically for dogs and owners, in order to relent the pressure on nature reserves, particularly those with high numbers of ground nesting birds.

This Saturday, Packham will lead the People's Walk for Wildlife, with thousands of people from across the country expected to march through London in a show of support for Britain's threatened wildlife. The walk, supported by many NGOs, schools and businesses, will start with people gathering in Hyde Park from 10 am, with entertainment from noon to 1 pm followed by the walk, which is expected to finish at 2 pm. All are welcome to join.