A new woodland restoration scheme has launched at the RSPB's 485-ha Franchises Lodge nature reserve in the north of the New Forest.

The scheme has seen cattle brought in to graze the reserve's woodlands, building a mutually beneficial relationship between commoners, the land and the animals grazing there.

Practically untouched for more than a century, the woodlands at Franchises Lodge had previously been described as a 'secret forest' when purchased back in 2018 with contributions of £200,000 from the National Park Authority and £50,000 from the Friends of the New Forest.

The area had not seen natural grazing from livestock in that time, until RSPB Site Manager Richard Snelling and New Forest commoners Andrew and Sarah Parry-Norton set out to change this. The Parry-Norton's Ruby Devon Cows now have the privilege to be the forerunners of the reintroduction of natural grazing into the woodlands, getting first pick of the reserve's unmanaged growth. The presence of the cattle in turn helps maintain a healthy woodland, keeping invasive species at bay, eliminating competition for growth on the forest floor and allowing some of the forest's rarest and most valuable flora to flourish. 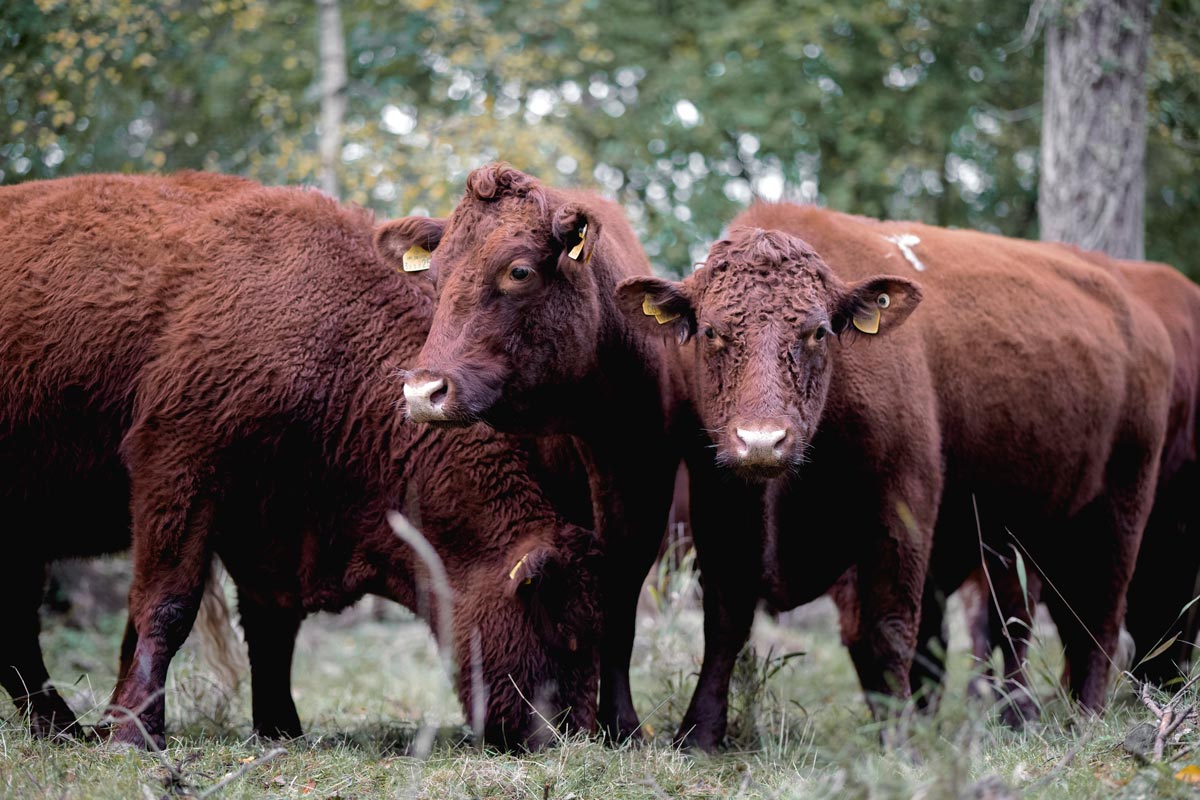 The herd of Ruby Devon Cows will restore natural grazing processes to the RSPB's Franchises Lodge in the New Forest (NFNP).

Richard Snelling explained: "The grazing habits of the cows will play a vital part in the RSPB's hope to restore the woodlands back to mostly broadleaf trees, helping spread the seeds and keeping back the growth of invasive plants such as rhododendron and conifers which aren't as good for wildlife."

Commoners need back-up grazing opportunities to support their animals when they are not in the open forest. Andrew Parry-Norton commented: "It's not just the land that benefits from this free-roaming grazing. The more natural diet leads to healthier cows, in turn producing higher-quality beef.

"The beef produced by the Devons grazing at Franchises Lodge will have a fine texture and marbling in the meat thanks to more natural growth. This beef will then be sold stamped with the New Forest Marque which is awarded to produce which has been grown, reared, caught, brewed, produced or processed within the New Forest."

The cattle had previously been grazing in the fields in the reserve to help restore the grasslands, something that hadn't taken place for over 30 years. The benefits are already being seen, with a wide range of wild grasses and flowers returning.

Paul Walton, Head of Environment and Rural Economy at the New Forest National Park Authority said: "Franchises Lodge is a key area for wildlife, linking the open forest habitats with a nature reserve on the edge of the National Park. This scheme is a fantastic example of the collaborative work around the New Forest, ensuring our precious habitats are bigger, better and more joined-up, extra back-up grazing for the Commoner's livestock and supporting local food production."