A Western Cattle Egret skull found in Surrey is thought to represent the first known predation of the species by Peregrine Falcon in Britain. 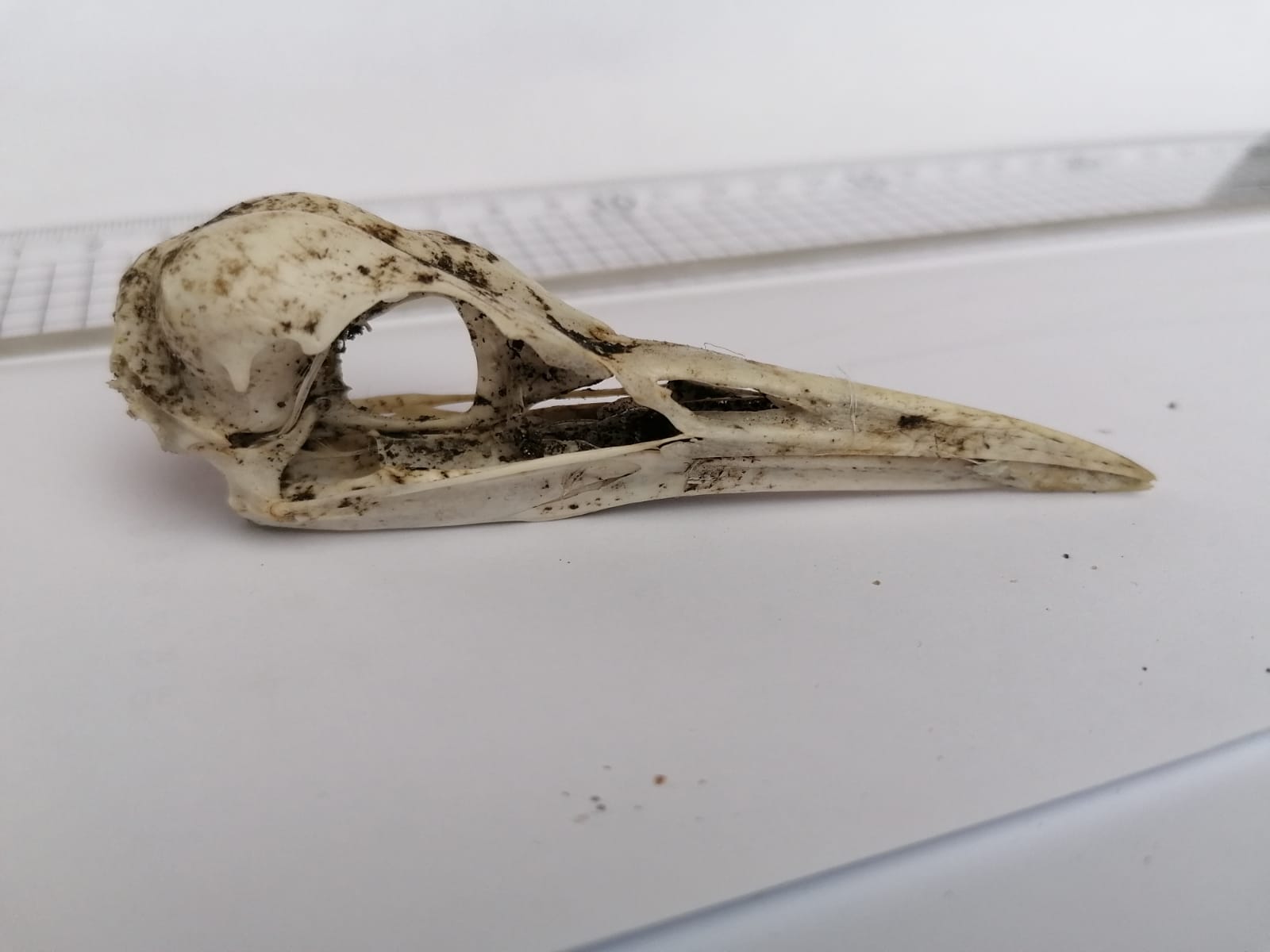 The decomposing skull was found at St Martin's Church in Dorking – a site used regularly by a pair of Peregrines, often as a lookout and to bring back prey to eat. Sophie Dorman discovered the main part of the skull by one of the church walls, before finding the lower mandible a couple of metres away.

At this particular site, nearly 30 bird species have been recovered, including regular prey such as Woodpigeon and Jackdaw, as well as waders including Avocet, Whimbrel and Common Redshank. Many of the waders are thought to be caught by the falcons at night.

The data from this site is sent to Ed Drewitt, author of Urban Peregrines, who is doing a PhD on Peregrine Falcon. He performed the measurements, which were all correct for Western Cattle Egret – a yellowish tone was also present on the lower mandible.

The yellow tone to the lower mandible can be seen here (Sophie Dorman).