Crofters play a critically important role in helping to secure the future of rare species such as Corncrake and important habitats such as machair. This is one of the messages being reinforced by RSPB Scotland at the Scottish Crofting Federation Annual Gathering in Oban today [14th September 2010].

Without the help of farmers and crofters, the rasping call of the Corncrake could have fallen silent in Scotland, following dramatic declines in the population across the UK during the 20th century. A shy and elusive species, Corncrakes are frequently heard but not seen, preferring to seek cover in nettle beds or hay meadows. However, a loss of this habitat and changes in farming methods have caused numbers to decrease significantly. 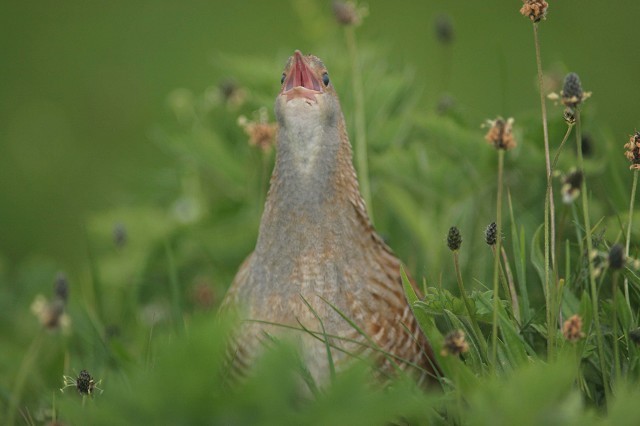 That this bird can still be heard at all is thanks to the work undertaken by farmers and crofters. Scottish Corncrake numbers have increased from fewer than 500 in 1993 to over 1,200 today. But their continued survival depends upon the cattle-based and mixed farming and crofting systems that provide the habitat they need, and is by no means guaranteed. Crofting itself is vulnerable; incomes are low and without adequate support many crofters are struggling to survive.

Speaking of the need to reform the Common Agriculture Policy (CAP) to better target funds towards crofting, Vicki Swales, head of land use policy for RSPB Scotland, said: "The CAP doesn't fit crofting. It fails to recognise the high nature value of such farming systems and the contribution they make to our natural and cultural heritage. The majority of CAP support favours large-scale, intensive farms rather than extensively managed family farms and crofts." 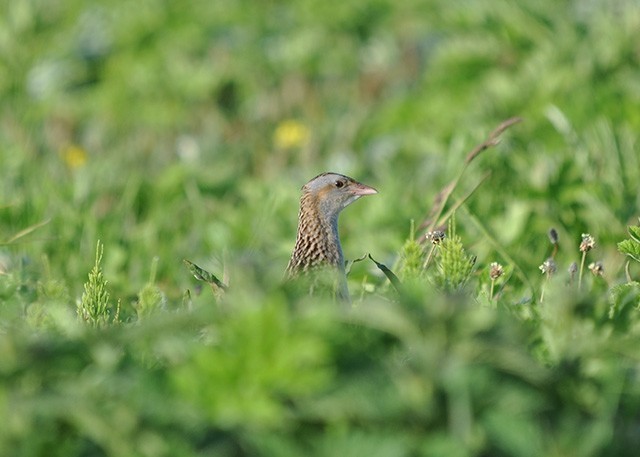 Most crofts are too small to support a family or give full-time employment, and most crofters have other part-time occupations. The current system of CAP support does not favour small-scale, extensively managed crofts and the income from the farming activities on crofts is low. However, traditional land-management practices such as stacking corn, fertilising crops with seaweed and cutting hay are vital to maintaining birds such as Corn Bunting and Corncrake as well as other threatened species, including the Great Yellow Bumblebee. 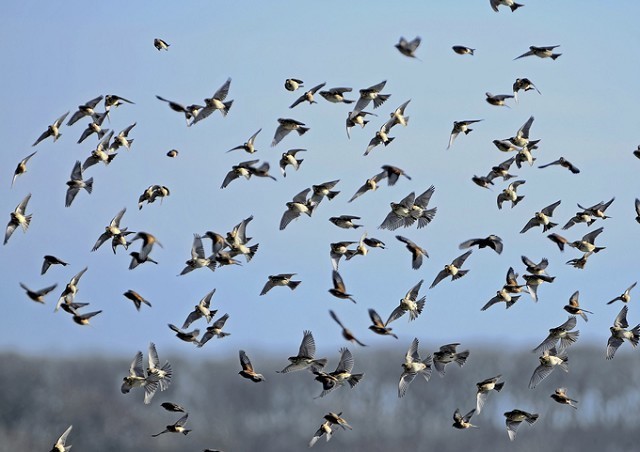 Reform of the CAP is currently under discussion in Brussels. With the CAP budget likely to be cut, and the reasons for providing public funds to farming under scrutiny, there is growing interest in supporting those farming systems that deliver greatest public benefit.

Vicki Swales continued: "RSPB Scotland is calling for an overhaul of the CAP and for a new system of payments, including payments for 'High Nature Value' farming and crofting. Alongside payments for rural development, this would help to secure the future both of crofting and amazing birds like the Corncrake."

At an international conference in Romania on 7th–9th September, BirdLife International, with other key European organisations, presented 'CAP reform 2013: last chance to stop the decline of Europe's High Nature Value farming?' This makes the case for a new system of CAP payments to support HNV farming of which many crofts are typical. Further details are available online.