Can you help to monitor Britain's declining Willow Tits?

The Rare Breeding Birds Panel (RBBP), RSPB and WOS are working to deliver a national Willow Tit survey in 2019 and 2020, with support from Natural England and Natural Resources Wales. The aim is for county-level surveys to be conducted across the known range by Willow Tit study groups, county bird clubs and other organisations. It's hoped this work will also leave a legacy of increased volunteer monitoring, on an annual basis, at least in core areas for the species.

Britain's endemic subspecies of Willow Tit is the second-fastest declining bird in the country, after European Turtle Dove, and is Red listed. RSPB and others have conducted research into causes of decline, and are trialling woodland management solutions for Willow Tit. However, due to the declining numbers, monitoring the species is becoming increasingly difficult. While the BBS is still able to produce an annual trend, the sample had fallen to just 28 squares by 2017. Although collation of records by the RBBP is useful for the design of future surveys, it is currently insufficient to enable robust population estimates, measures of change or maps of current distribution to be produced, thus a national survey is needed if conservation work is going to be properly underpinned by evidence. 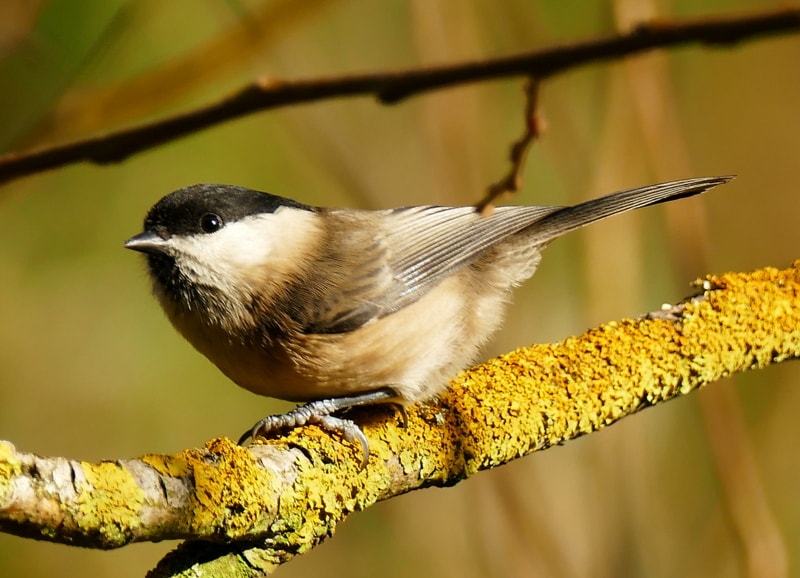 Willow Tits have declined dramatically and are now absent from many parts of the south (John Gray).

Across the range, tetrads will be surveyed following a random stratified design. Based on trial work on Willow Tit responsiveness to playback and detectability, the survey period will be during the pre-breeding season, from mid February to mid April, with two visits per tetrad during this period. Surveys will be conducted on all suitable habitat within tetrads, using a standardised playback method that has been successfully developed by the RSPB Willow Tit research project, with the recording provided.

If you are keen to know about the status of the species in your area and to help their conservation, please get in touch, either by contacting your county bird recorder or the national survey organiser Simon Wotton via email. There is more background on the survey here.