Can Blue Tits save our conker trees?

Blue Tits could be the salvation of our imperilled conker trees, which are under severe attack by a tiny non-native moth that has spread from continental Europe. Conker fans across the country are being called upon to discover how many of the moth's caterpillars, hidden inside the leaves, are being discovered and preyed upon by birds. The Horse Chestnut Leaf-miner Cameraria ohridella arrived in London just ten years ago, and has since spread across most of England and Wales. The moth caterpillars eat the leaves while hiding inside them, so damaging the leaves and causing them to turn brown and making the tree appear as if autumn has come early.

Experts at the NERC Centre for Ecology & Hydrology and the University of Hull are asking today [30th August 2012] for the public's help to find out how many moth caterpillars are eaten by birds, such as Blue Tits. They are asking volunteers to check leaves from a horse chestnut tree for the distinctive damage caused by the birds to the leaf mines and report it through the Conker Tree Science website. Dr Michael Pocock, from the NERC Centre for Ecology & Hydrology, said: "It's a big mission and we're reliant on people's help to discover how much birds are feeding on the alien moths. Excitingly, this mission was inspired by comments from some of the 8000 people who have taken part in previous Conker Tree Science missions. It's a great example of professional scientists and members of the public working together." 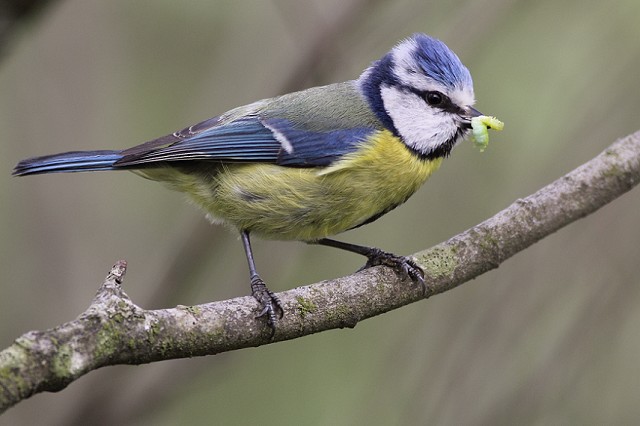 Dr Darren Evans from the University of Hull added: "The traditional game of conkers may be under threat, because trees infected with the alien moth produce smaller conkers. In discovering whether garden birds, like Blue Tits, can help to protect conker trees, we will also be learning more about the behaviour of the birds themselves."

The alien moth, which was discovered in the 1980s, has caterpillars that live inside the leaves, forming distinctive patches of damage called 'leaf mines'. Up to 700 leaf mines have been recorded on a single leaf and the damage caused by large numbers of larvae can be striking. A previous Conker Tree Science mission discovered that predatory wasps were not effectively controlling the alien moths, possibly explaining their rapid spread. This project, where anyone can get involved with genuine scientific research, is one of the largest of its kind in the UK and is funded by the Natural Environment Research Council (NERC).

To find out more about Conker Tree Science visit the project's website, www.conkertreescience.org.uk. People can take part in the new 'Bird Attack' mission from 30th August 2012 to 23rd September 2012.