The RSPB is calling for an end to the avoidable bycatch of seabirds in fishing nets along parts of the Yorkshire coast, after harrowing scenes of dead and dying birds trapped in nets was secretly caught on video by RSPB investigators last summer. The RSPB fears that the unsustainable management of the fishery could be leading to the deaths of hundreds of seabirds every year. 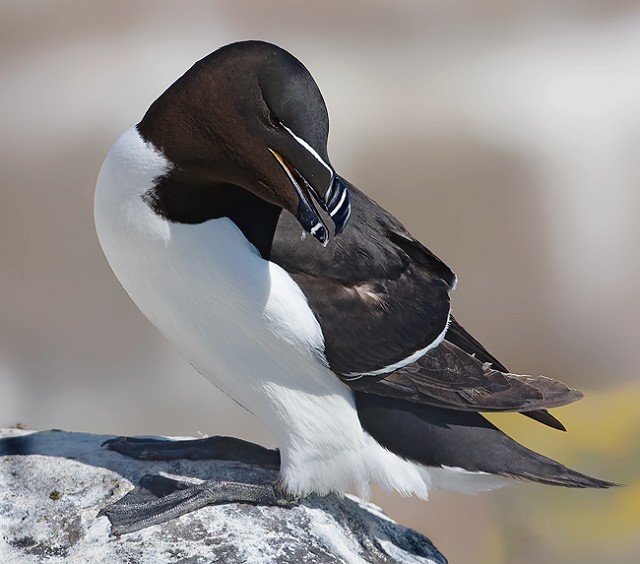 The RSPB sent the footage to North Yorkshire police. As a result, a fisherman was charged with causing unnecessary suffering to seabirds, mainly Razorbills, which were allegedly left in his net for several hours during a fishing operation in Filey Bay. Unfortunately, the charges against the defendant had to be dropped when it became apparent that the Animal Welfare Act 2006 does not apply to incidents taking place offshore. The case was discontinued by the Crown Prosecution Service at Scarborough Magistrates Court on Thursday 8th January, 2009.

Over recent years, it has become apparent that large numbers of seabirds have become entangled and drowned in the gill nets used by the salmon fishermen during the summer season. Razorbills, which have an important stronghold at the RSPB's Bempton nature reserve on the northern side of Flamborough Head, are the most frequent casualties in Filey Bay.

Mark Thomas was one of the RSPB officers who witnessed the distressing scenes. He said: "While filming from a hidden location on the seafront we were shocked to see large numbers of seabirds struggling to avoid drowning in nets. We believe the fishermen could easily have released the birds earlier, but instead they chose to release their haul of fish, ignoring over forty birds floundering for several hours. Similarly, a few days earlier we'd filmed lots of birds which had died in a fishing net left set overnight." 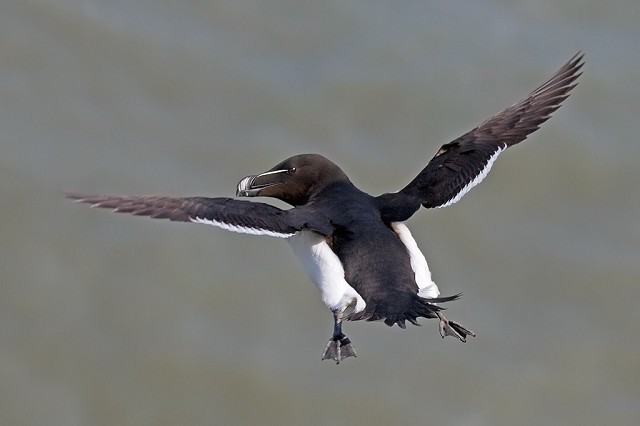 Commenting on the way forward, Mark Thomas added: "There has to be a way forward. We don't want to see the fishermen losing their livelihood, but there is so much that could be achieved by good practice, underpinned by enforceable legislation."

The RSPB is concerned that the fishery is not being sustainably managed. With such a large number of seabirds being caught it risks limiting the internationally important population of the Flamborough Head, which is protected under both UK and European law for its seabirds. The Society is calling on the Environment Agency, the fishery's licensing authority, to implement a by-law ensuring the Filey Bay net fishery minimises seabird deaths and adheres to best practice such as retrieving nets at night and then resetting them in the morning to reduce the time that nets are left unattended.