Roseate Tern has broken breeding records for the sixth year in a row, with the population on Coquet Island, Northumberland, increasing once more this summer.

A total of 150 pairs bred in 2021, this figure having climbed from 104 pairs in 2016. This is the result of dedicated conservation work to help the species, which remains Britain's rarest nesting seabird despite its recent upturn.

Roseate Tern was almost extirpated in the UK in the 19th century due to the demand for feathers for women's hats. In 1989 there were just 467 breeding pairs across the whole of Britain and Ireland, but conservation efforts have boosted the Irish population to 1,989 breeding pairs, in addition to the record numbers on Coquet this summer. 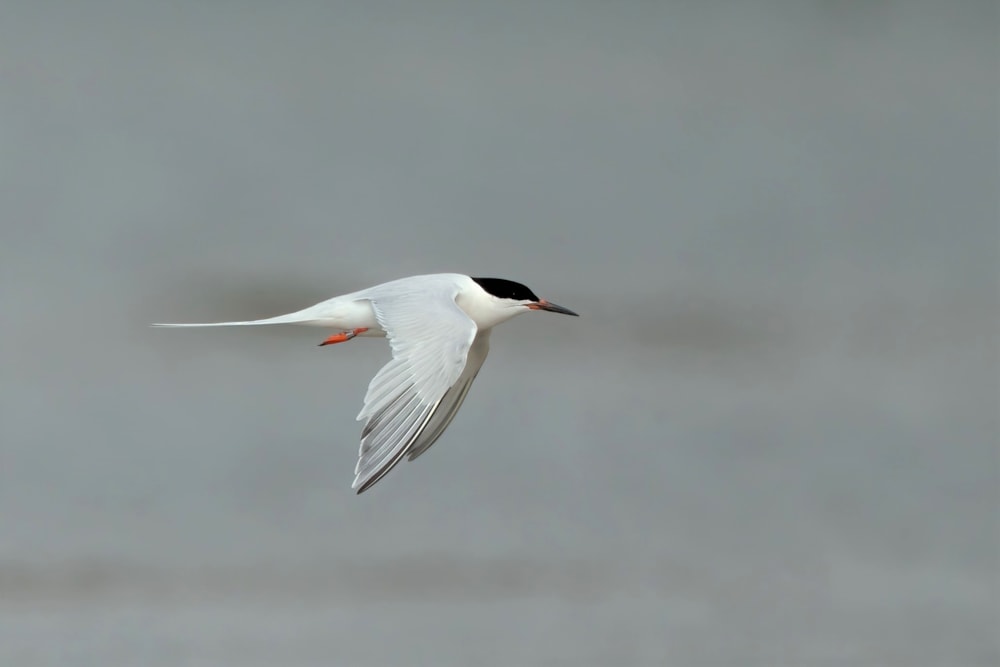 Summer 2021 was also a record season for breeding pairs of Common Terns and Kittiwakes on Coquet Island, the latter of which are on the Red List of conservation concern. This year Stephen Lunn, long-time volunteer and award-winning blacksmith, created bespoke 'Kittiwake hammocks' to act as extra nesting spaces on cliffs. These were a big success and helped to boost the breeding pair numbers from 453 to 466.

Paul Morrison, RSPB Northumberland Coast Site Manager, said: "I've worked on Coquet Island for nearly 40 years now, so I can remember when there were barely any Roseate Terns on the whole of the island. Their growing numbers in recent years is a real testament to all our amazing volunteers and staff – they have spent lockdowns in a lighthouse, stayed up all night to protect eggs from disturbance, and forged Kittiwake ledges out of metal! I can't thank them enough, and I can only think that, with a team like this, roseate terns will continue going from strength to strength.

"But no single reserve can reverse the decline of nature alone – we must all work together to give wildlife the habitat and resources it needs to thrive. With the UN Climate Change Conference, COP26, just around the corner, the UK Government must not miss its chance to step up as a world leader to connect the nature and climate crises, restore our precious natural riches and revive our world."

The conservation efforts on Coquet Island have been bolstered by the EU-funded Roseate Tern LIFE Recovery Project. This five-year partnership project between the RSPB, North Wales Wildlife Trust and BirdWatch Ireland focused on protecting the three remaining Roseate Tern colonies in Britain and Ireland, while restoring five of its historical sites for potential re-colonisation and laid the foundation for further recovery.