In its third and final year as Global Sponsor of the BirdLife Preventing Extinctions Programme (PEP), the British Birdwatching Fair has delivered yet another huge boost to species conservation with the presentation of a cheque for £263,000, the proceeds from the 2009 Fair. This takes the total raised by the Fair in its three-year support for the Preventing Extinctions Programme to £754,000. 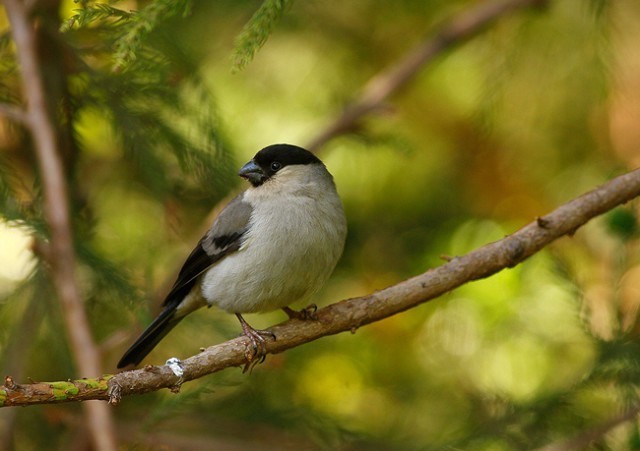 Bird Fair organisers Martin Davies and Tim Appleton presented a cheque to Dr Leon Bennun — BirdLife's Director of Science, Policy and Information — at a ceremony that took place at The Lodge.

"The Bird Fair's amazing contribution over the last three years has enabled BirdLife to establish a global network of Species Guardians, delivering targeted conservation action to the species most in need of it," said Dr Bennun. "Thirty-eight of the world's rarest birds are already benefiting from Bird Fair's generosity and vision, and this number will increase to 65 with 2009 proceeds."

Martin Davies said: "Bird Fair has been proud to be Global Sponsor of the Preventing Extinctions Programme, and we are excited to see positive results already. Bird Fair funds are already improving the fortunes and prospects for critically threatened birds across the globe, including species as diverse as the Djibouti Francolin and Taita Thrush in Africa, White-shouldered Ibis and Chinese Crested Tern in Asia, Puerto Rican Nightjar and Belding's Yellowthroat in the Americas, Balearic Shearwater and Azores Bullfinch in Europe and Polynesian Ground-dove in the Pacific. Last year marked the rediscovery of Fiji Petrel, one of the suite of 'lost species' being searched for with help from the Preventing Extinctions Programme."

Tim Appleton of the Leicestershire and Rutland Wildlife Trust said: "During the British Birdwatching Fair's 21-year history, we are delighted to have raised nearly £2.5 million for conservation of the world's most threatened birds and places, from albatrosses in the Southern Ocean to rainforest birds in the Andes and Sumatra."

22,000 birdwatchers and wildlife enthusiasts visited the 2009 Bird Fair, the world's largest of its kind. The Bird Fair is a three-day event held at Rutland Water each August, jointly promoted by the RSPB and the Leicestershire and Rutland Wildlife Trust.

In response to the threat to so many bird species, BirdLife launched the Preventing Extinctions Programme in August 2007. This is spearheading greater conservation action, awareness and funding support for all of the world's most threatened birds, starting with the 192 species classified as Critically Endangered, the highest level of threat.

The Cebu Flowerpecker was featured on the posters and other publicity for the 2009 Fair. This rare and highly threatened bird is confined to just a few forest fragments on the island of Cebu in the Philippines. The Philippines Ministry of Tourism, who joined as Associate Sponsors of the 2009 Fair, has agreed to become Species Champion for this bird, making a commitment to fund conservation efforts to help it over the next three years. The Philippines Ambassador, His Excellency Antonio M Lagdameo, attended the Bird Fair last August and the reception at RSPB's offices this week.