Breeding Spoonbills in Dumfries and Galloway

Despite being based in London, I take a special interest in the goings-on in Dumfries and Galloway, my "home county". I was intrigued by a report of a Spoonbill at Kirkcudbright. I was even more intrigued when I received a text saying that the previously solitary bird was suddenly a pair. Then to cap it all, suddenly on Friday they were five! An influx, or something more exciting?

The D&G grapevine was red-hot; my brother reported from the scene that the three new birds were definitely immature. Further investigation was clearly needed. Keith Kirk, Dumfries and Galloway countryside ranger, and Gary McKie, who runs wildlife trips in the area, set off in a boat to capture the following image. 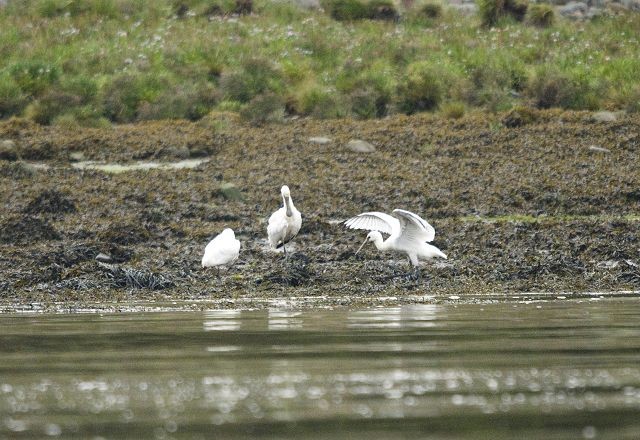 Keith Kirk is delighted with the new discovery. "You can see in the original image that the underwing of the stretching bird is pink and quills are showing. The young were begging for food from the adults, clattering their bills. I'm sure that these have nested very close to here." He went on, "This proves that Dumfries and Galloway has much to offer birdwatchers and people interested in wildlife. You don't need to go north of Glasgow for great Scottish birdwatching: Galloway has a wealth of great birds and wonderful places." 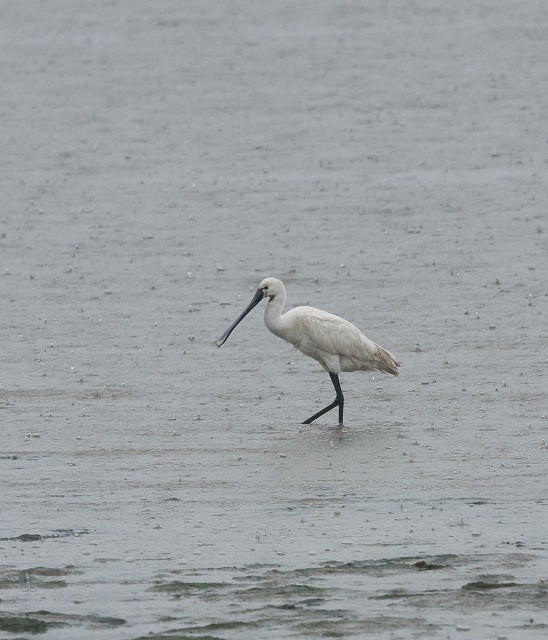 This is only the second time the species has bred in the UK, after a pair nested successfully on the Ribble Estuary in Lancashire in 1999, the first successful breeding attempt for 330 years. Chris Rollie, RSPB Scotland's area manager for Dumfries and Galloway, said: "A pair of Spoonbills attempted to nest at our Mersehead reserve about 40 miles east down the Solway coast in 2000 but didn't produce any eggs, so it's absolutely fantastic that they've now managed to succeed and have produced three healthy chicks that have fledged."