BirdWatch Ireland is appealing to the public to take part in a national Breeding Curlew Survey and submit their sightings of this highly threatened species.

Under contract to the National Parks and Wildlife Service, the organisation is undertaking a national Breeding Curlew Survey in parts of the north-west, west and south-west of Ireland and is appealing to members of the public to take part.

Eurasian Curlew, with its long legs, large brown body and long, down-curved bill, is one of the most iconic and easily recognised birds of the rural Irish landscape. Its distinct and evocative 'cur-lee' call is a welcome sound that has been heard across Ireland for thousands of years. Sadly, this is changing and the sights and sounds of Curlew in spring and summer are becoming increasingly rare.

"It is estimated that since the 1970s, Ireland has lost almost 80% of its breeding Curlew population, with perhaps only 200 breeding pairs remaining," explains Dr. Anita Donaghy, Senior Conservation Officer with BirdWatch Ireland. "As a result of this decline, Curlew have been 'Red-listed' and become one of the country's highest conservation priorities. Curlew is on the edge of extinction as a breeding species in Ireland and urgently require surveys to locate breeding pairs and target conservation measures to protect them." 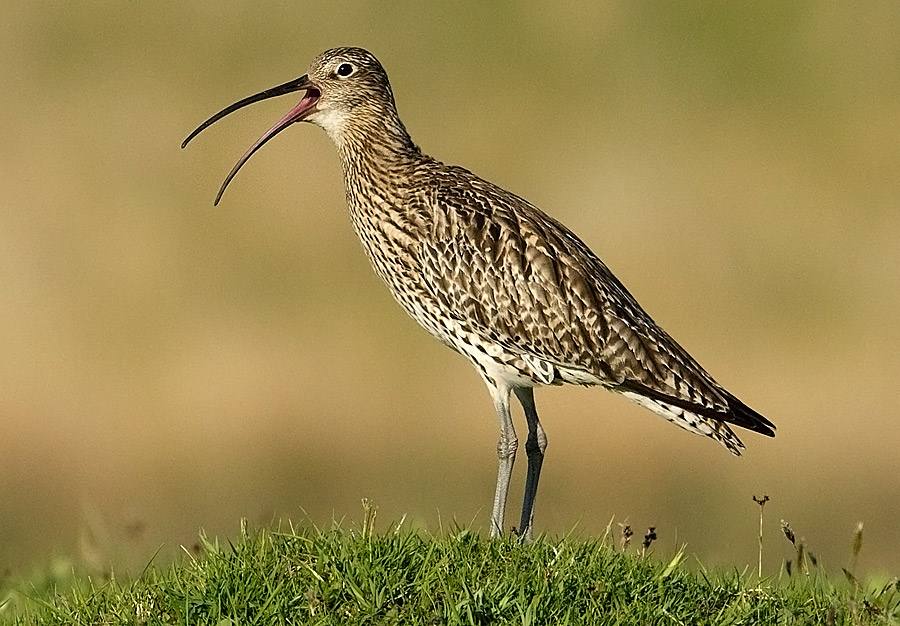 This may come as a surprise to those who regularly see large numbers of Curlew in winter, as migrants arrive at our wetlands in large numbers from July onwards, remaining until spring. These birds are, in fact, from Britain and continental Europe; they come to Ireland for the mild winter conditions, but return to their breeding grounds overseas in spring, with just the small number of native Irish Curlew remaining here to breed.

The aim of this year's Breeding Curlew Survey is to get an improved estimate of the number of breeding pairs of Curlew in Ireland and identify important breeding grounds. This information will help monitor long-term populations trends and aid in the design and application of new conservation measures for this enigmatic and well-loved species.

Curlew nest on the ground in open habitats such as damp and rushy pastures, wetlands, meadows and boglands. They use their long, down-curved bills to probe for food in soft, wet areas and feed their chicks. Chicks hatch from their eggs in late May and early June and leave their parents care after 30-40 days, by which stage they are fully fledged.

You can take part in BirdWatch Ireland's survey by submitting your sightings of potentially breeding Curlew (i.e., sightings of one or two birds only, in suitable breeding habitat) via a quick and easy questionnaire, which is available online.

If you have a large number of sightings, or would like to get more directly involved with the survey, you can contact BirdWatch Ireland at curlew@birdwatchireland.ie.

For further information on this project and Curlew in Ireland visit the Breeding Curlew Survey webpage.