Releasing Great Bustards reared from eggs rescued in southern Russia, the project had its greatest success in 2009, when the oldest males became sexually mature and mated successfully, producing the first Great Bustard chicks to hatch in the wild in the UK for 177 years. 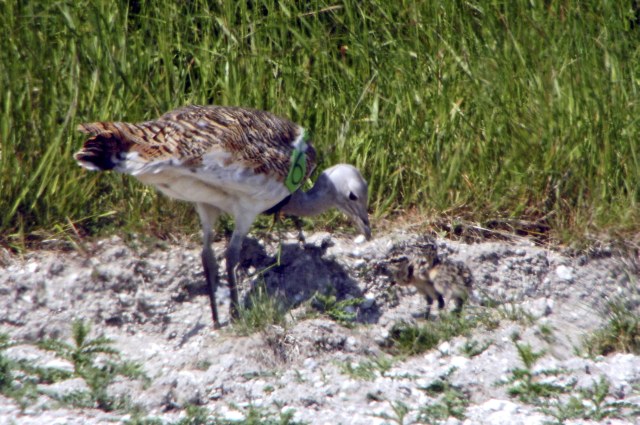 David Waters, Great Bustard Group Director, said: "Despite our great successes over the last six years, we would sometimes struggle to find £10 or £20 to put diesel in the old Land Rover; now we have the chance to give this project real wings. The funding will provide a properly resourced project, with four new posts, new monitoring equipment and even the possibility of a second release site."

"The Great Bustard Group is anxious to point out that the grant will not end the funding worries, as a quarter of the project costs will need to be found by the project partners, and the LIFE project is very much about new work. Much of the existing work will need to be funded as before."

Richard Benyon, Natural Environment Minister, said: "This is a great project. It will see a magnificent species return to England as well as help to conserve the other dry grassland birds of Salisbury Plain. The people working on this project have been doing a wonderful job, and deserve congratulations on their success so far." 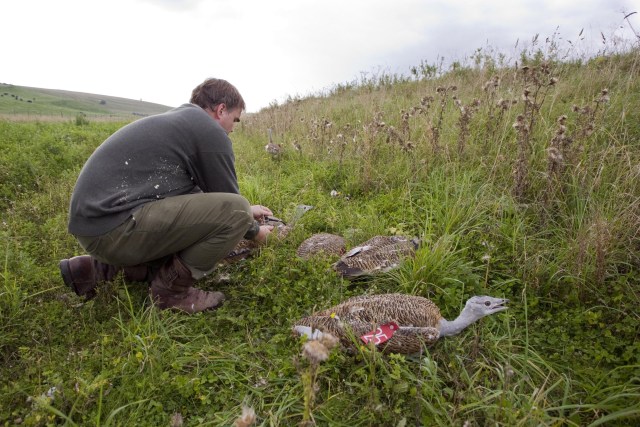 Great Bustard: part of a reintroduction project onto Salisbury Plain, Wiltshire, with birds from Russia. This bird has just been released after quarantine by the project director David Waters. (Photo: David Kjaer (rspb-images.com).)

Tracé Williams, previously the RSPB's Chalk Grassland Restoration Manager based in Wiltshire, has been appointed as LIFE Project Manager for the RSPB. "It is so exciting to be working with these charismatic birds and with the staff who have achieved so much already in this awe-inspiring project. The funding will take the project to another level, with more security and a greater ability to gather vital information on the birds."

An early impact of the project has been the way in which monitoring has been conducted on this year's release of Great Bustards. Sixteen of them are carrying GPS satellite transmitters. Prof. Szekely, from Bath University, explained: "Monitoring is an essential element of the LIFE+ project. We need to understand what the released birds do, what food they eat, how they interact with other bustards and how they evade enemies. Effective monitoring will give us the information we need to improve the survival and reproduction of British bustards." 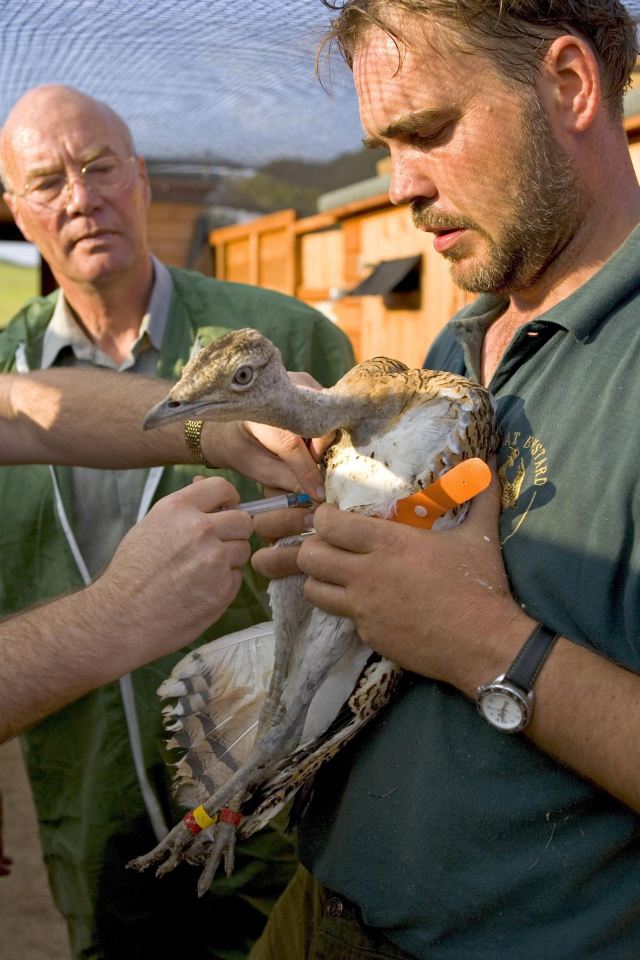 Great Bustard: part of a programme to reintroduce birds back onto Salisbury Plain, Wiltshire, with birds reared from eggs taken in circumstances where the nests would fail in Russia. The Project Director, David Waters, is holding the bird. (Photo: David Kjaer (rspb-images.com).)

Ian Carter, Ornithologist with Natural England, welcomed the new funding: "The LIFE funding will clearly put the project on a much firmer footing and ensure that key areas such as monitoring of the released birds are adequately resourced. We are set to learn a great deal more about this species over the coming five years!"

The Great Bustard is one of a number of species that the RSPB is working in partnership to restore to our countryside. RSPB Species Recovery Officer Leigh Lock said: "Great Bustards last bred in the UK in 1832, and the RSPB is delighted to be working with partners to re-establish them as breeding birds after an absence of 170 years. We also hope that the Great Bustard project will help promote the restoration of a lost landscape in southern England that will support some of our other rare and threatened wildlife."