A mini influx of Black-winged Stilts has brought a touch of the Mediterranean to southern England this spring, as two pairs of these exotic-looking wading birds are attempting to nest at RSPB sites in West Sussex and Kent.

It is thought that a dry spell in southern Spain has displaced these wetland birds to southern Britain, and it is believed that a warming climate may bring these birds to Britain more regularly in future. The species has bred successfully only twice before: in Norfolk in 1987, and in Nottinghamshire in 1945. The RSPB has set up a 24-hour watch on the nests with the help of local volunteers, giving the birds the best chance of fledging young and to protect them from egg collectors, who target the nests of the rarest birds in Britain.

One pair is nesting on the RSPB's newest reserve at Medmerry, West Sussex, while the other pair is present at the RSPB reserve at Cliffe Pools, on the north Kent marshes. The stilts' presence is a tribute to the wetland conditions at Medmerry and Cliffe; Medmerry is the largest open-coast managed realignment scheme in Europe. It was created between 2011 and 2013 by the Environment Agency and consists of mudflats, tidal lagoons, saltmarsh, wildlife-friendly farmland and dragonfly-rich ditches. 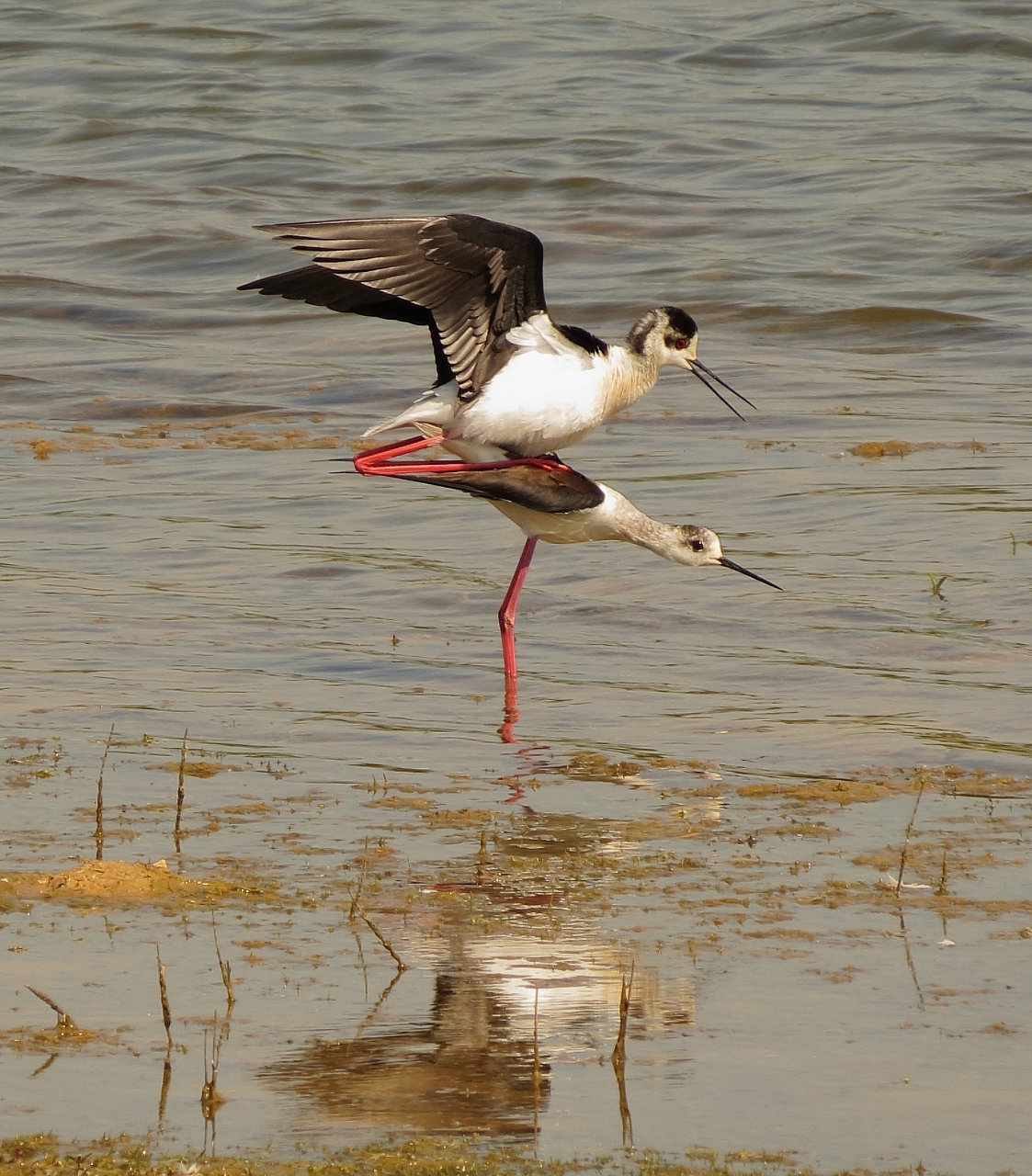 This pair of Black-winged Stilts was seen in Northamptonshire earlier in the spring (Photo: John Friendship-Taylor)

Pete Hughes, Medmerry's senior warden, commented: "To have the stilts turn up so soon after Medmerry was created is such an exciting surprise. Our pair faces many threats, whether from egg collectors, the British summer, disturbance or predators, so it is touch and go whether they will be successful, but we are doing everything we can to give them the best chance. They have built a nest on the mud and laid eggs, and now the male and female are taking turns incubating them. If all goes well, the chicks are expected to hatch in about three weeks. What is nice is that Medmerry has also attracted breeding Avocets, the RSPB's emblematic bird, which help shield the stilts."

Cliffe Pools warden Andy Daw added: "This is really exciting news and the first time we have had Black-winged Stilts breeding on the reserve here at Cliffe Pools. They have visited before and a pair was seen about seven years ago on the reserve but they did not produce any young. The eggs are due to hatch in June and we are doing everything we can to make sure this is a successful breeding attempt. The other pair is in undergrowth and we have not confirmed yet that they are nesting, though the [confirmed] breeding pair is visible with telescopes and binoculars. The fact they are on an island is helpful because there is less risk from predators." 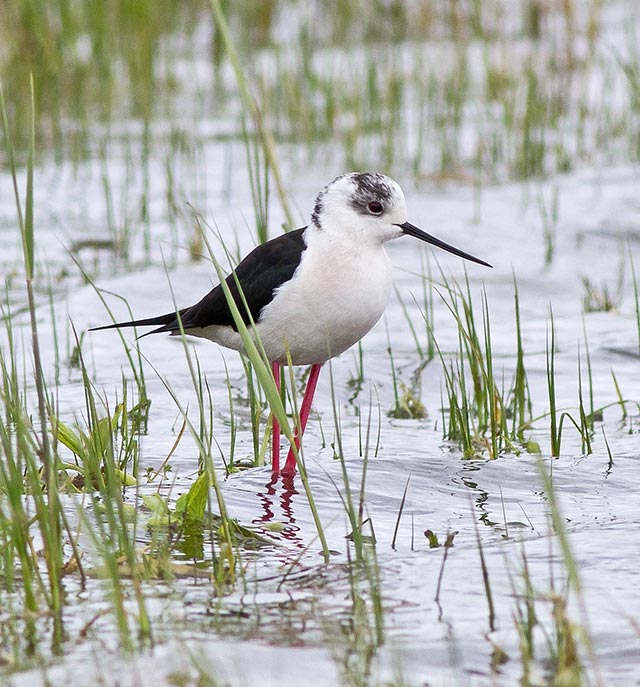 Gwyn Williams is the RSPB's Head of Reserves and Protected Areas. He said: "With a changing climate we're anticipating that several more southern European bird species may colonise southern England in the next few years, following on from the already-established Little Egret and, more recently, Great White Egret. So we're planning for their arrival by creating and managing the ideal conditions on our nature reserves, especially wetlands, with these potential colonists in mind."

Charlie Smith of the Environment Agency commented: "It is really exciting and rewarding for the Environment Agency, that a scheme designed to protect people and property has provided habitat for one of the rarest birds in Britain. Black-winged Stilts are choosy about their breeding sites! It's brilliant that the project has created the right habitat and conditions for the birds to take up residency so soon after completion of the work. We fully support the RSPB in their endeavours to protect the nest and hope to see fluffy young birds over the coming weeks."