Having been on the verge of extirpation in Britain just 20 years ago, Eurasian Bittern numbers have soared to record numbers. In a new survey published by the RSPB, figures garnered this year have revealed that 188 males were recorded at 82 sites in 2018 – an increase from 164 at 71 sites last year. Since 2006, the species has increased annually, marking an extraordinary comeback for a species that had as few as 11 males in Britain as recently as 1997. In 1997 there were only 11 male Eurasian Bitterns recorded in Britain (Les Cater).

Eurasian Bitterns have bounced back before in Britain. By the 1870s they had completely disappeared, before recolonising in the early 20th Century. This most recent recovery has been helped considerably by the RSPB, for which bitterns have been a conservation priority species during the last two decades. Simon Wotton, RSPB Senior Conservation Scientist, said: "Every year more and more Eurasian Bitterns are making newly created or restored wetlands their home, and raising young there.

"The recovery of this bird is a remarkable conservation success story, and shows what can be achieved through targeted efforts to restore and create more of the species favoured habitat. To go from being on the brink of extinction in Britain to having close to 200 booming males in 20 years – at a time when many other species are in decline – highlights exactly how effective this project has been."

Somerset remains a key county for the species, with 55 booming males recorded in 2018, an increase of six from 2017. Similar population growths in The Fens and Norfolk Broads were also noted, and throughout Britain five sites recorded the species during the breeding season for the very first time. Over half of the breeding Eurasian Bittern population in Britain are found in Special Protected Areas (SPAs), sites which are designated under the European Union Directive on the Conservation of Wild Birds. Furthermore, two EU LIFE projects have supported the species in recent years.

Martin Harper, RSPB Conservation Director, said: "Eurasian Bitterns are one our most charismatic birds, and their astonishing recovery from the brink of extinction is a real conservation success story, but we must ensure it isn’t done in vain. As the UK has voted to leave the EU, we must safeguard their future as a breeding species in the UK by bolstering the laws that protect nature, and replacing the funds that will be lost." 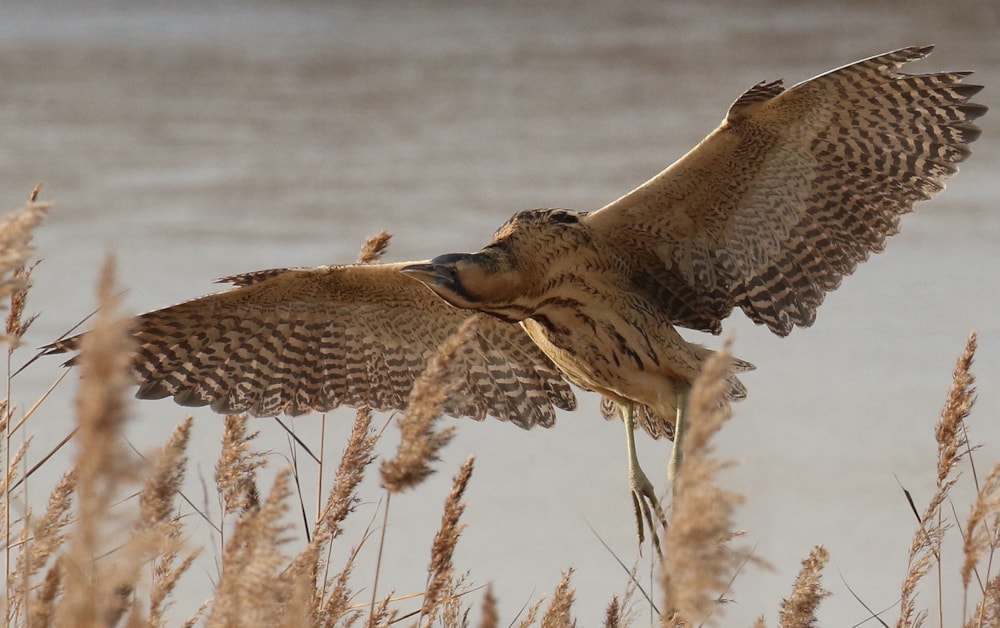 A total of 188 male Eurasian Bitterns were recorded at 82 sites this year (Billy Harbottle).