Bittern monitoring in the UK: summary of the 2011 breeding season

The Bittern population in the UK has been surveyed annually since 1990. The RSPB has produced a summary of the report of the Bittern Monitoring Programme in 2011, the key results of which are listed below. For a fuller summary of this season's results, click here (PDF, 1.04 MB).

To report any observations or for a copy of the survey methods and recording forms, please contact Simon via the contact details below. 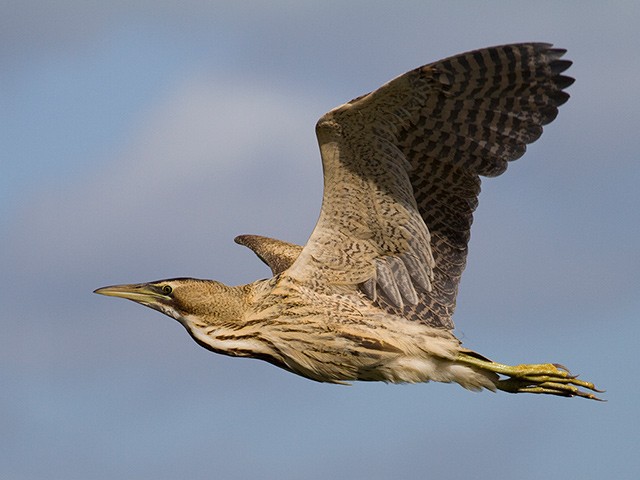 We wish to thank everyone who has helped us in monitoring Bitterns in the UK: site managers, landowners, wardens, volunteers, county recorders and local birders for their reporting of boomers and in many cases following up reports of birds. Particular thanks go to the landowners and site managers who have allowed access to sites for monitoring and to all those who have monitored sites and have helped with co]ordinated watches, including volunteers and staff at a number of reserves across the country. The Bittern Monitoring Programme was funded through Action for Birds in England, a conservation partnership between Natural England and the RSPB, and organised by the Species Monitoring & Research section of the RSPB Conservation Science Department.