Bittern Monitoring in the UK: Summary of the 2008 Season 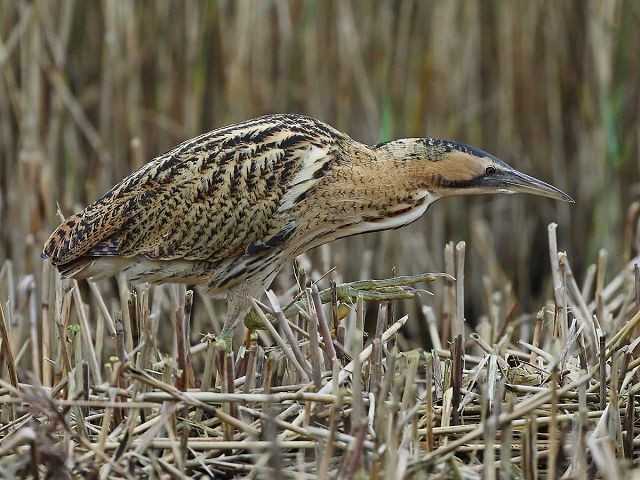 This has been an astonishing year for Bitterns in the UK. The population of booming males has increased to its highest level since the monitoring programme began, and is up to or even above the 20th-century peak that was reached in the 1950s. There was a minimum of 76 booming males confirmed in England, a substantial increase of 49% on the 2007 figure of 51 boomers. The number of sites supporting at least one booming male also rose, to 42, an increase of 24% compared to 2007. 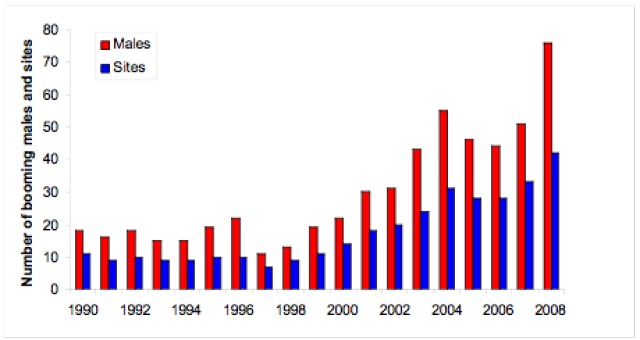 The minimum number of booming Bitterns in the UK since 1990 and the number of occupied sites each year.

After three years where the number of active nests with chicks has remained static at 27, 2008 saw a dramatic increase of 44% to a minimum of 39 nests (Figure 2). There was also a large jump in the number of sites hosting breeding females, to 20 sites, a rise of 66%. 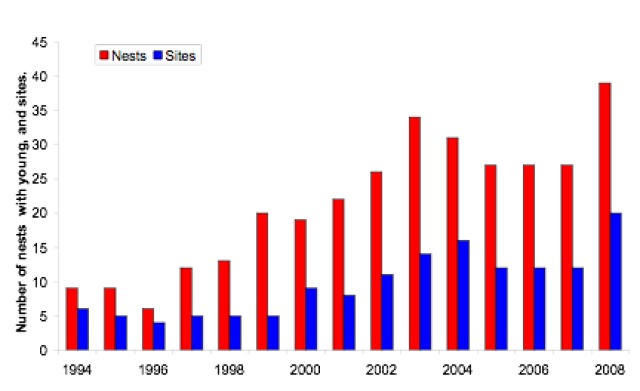 The minimum number of nests with chicks in the UK, between 1994 and 2008, and the number of sites involved.

You can download the whole report by clicking here (PDF, 256KB).

Contact Us: The Bittern Monitoring Programme will continue in 2009, as a joint project between Natural England and RSPB. RSPB field staff will be starting to monitor booming Bitterns from early March 2008 and will be contacting landowners, site managers and other contacts from this time. With reedbed creation throughout the UK and an expanding Bittern population, we are increasingly reliant on landowners, site managers, wardens and local birders to report booming to us. Please keep an ear out for them next spring, even at sites where they have not been heard for many years. To report an observation or for more information on the best survey methods and when to listen, please contact Simon Wotton.
Written by: Simon Wotton, Chris Lodge, Ben Lewis, Sabine Schmitt, Keith Kellett, Richard Gregory and Andy Brown