Birds on the wing are lent a helping hand or two

Young stragglers from a huge colony of seabirds on the Isle of Rum National Nature Reserve are being given a helping hand by SNH staff and concerned members of the public. The Manx Shearwater chicks fledge during this month from the mountains of Rum before flying more than 6,000 miles to their wintering grounds in South America. The birds are incredibly long-lived: the oldest recorded from ringing studies currently stands at 50 years, 11 months and 21 days. However, each year some of the young birds can become disorientated by outside lights left on in Kinloch on Rum and surrounding villages, particularly Mallaig on the mainland. They often crash-land close to the light source and many are then killed by gulls, crows, cats or dogs. But SNH reserve staff on Rum are on hand to keep the youngsters safe until they are ready to be released.

Sean Morris, one of the reserve staff at Rum NNR, confirmed: "It may be ironic for a species which is capable of making such long journeys, but very often their trip ends very abruptly and close to home. The young Manx Shearwater chicks can become confused by the bright lights, so any stragglers found on the ground in Kinloch on Rum can be handed in to reserve staff or the Ranger on the island. If the bird is found late at night it can be kept in a cardboard box overnight and we will ring it and release it safely away from predators the next day. Amazingly it will only take these young birds a couple of weeks to reach their wintering grounds off the coast of South America. So we are naturally keen that they survive to make this arduous trip. This year looks as if it might be a good one for the Manx Shearwaters as many of their burrows in the study areas on Rum are occupied by heavy and healthy chicks. Local people can help the 'Manxies' by turning off any unnecessary outside lights and drawing curtains to reduce the amount of light escaping through windows. Chicks fledging this year are unlikely to return to the colony next year as they do not return until they are three years old. They first breed at around five years old." 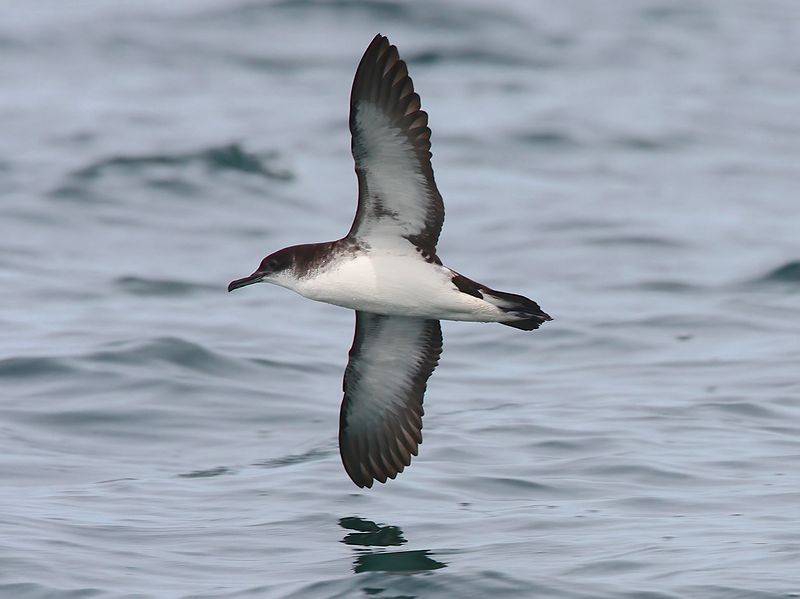 Birds found in Mallaig can be handed in to Martin Carty who will be out and about every evening throughout September searching for crashed birds across the town. He sometimes rescues more than 250 birds a season — youngsters that would otherwise be killed by gulls and other predators. Martin confirmed: "Together with a small group of dedicated volunteers and the local community, we are committed to helping these charismatic downed young birds. In this way, we reckon to have rescued nearly 600 chicks over the past five years. This work is also important as it helps restore some sort of balance by allowing these young birds to fly all the way to South America where they winter. We are so pleased to be able to lend a helping hand."

National Nature Reserves are about giving people the opportunity to experience some of the best of Scotland's nature. More than 60,000 pairs of Manxies — more than a fifth of the British breeding population of around 295,000 pairs — breed on Rum NNR. The Rum colony is unique in that it is in the high mountains of the island as this is not usually the favoured habitat of the species. Manx Shearwaters are clumsy on land, so the adult birds only visit the colony at night to avoid predation. A visit to a colony at night time is an unforgettable experience as the thousands of birds make their eerie calls. The majority spend the winter months off the coast of South America and adults return to the colony in late March with eggs being laid in May.