BirdGuides at the Birdwatchers Spring Fair

This coming 15th–16th May sees the 16th annual Birdwatchers Spring Fair at Middleton Hall, Tamworth, the fourth at the site since its return there in 2007.

On the lawn adjacent to the hall a marquee will play host to exhibitors offering a wide range of goods and services of interest to birdwatcher and wildlife photographer alike. The BirdGuides Team will be there running a stand, as will the BTO and other charities. There will also be displays depicting the life and times of Willughby and Ray. 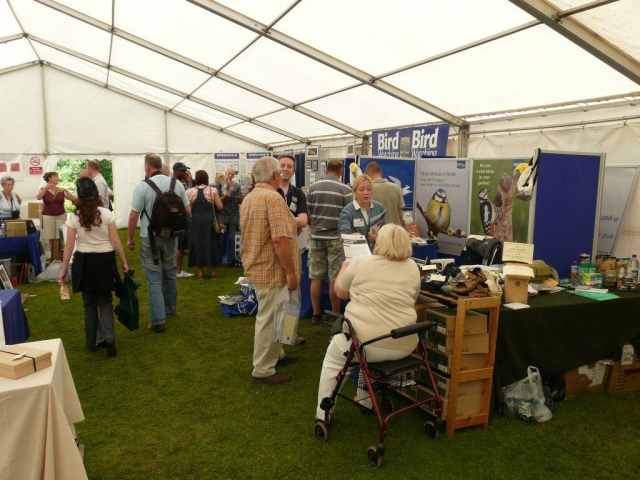 The wide variety of exhibitors is a great opportunity to browse for that next piece of new kit. (Photo: Alan Richards)

Middleton Hall is located off the A4091 (off Junction 9 of the M42), between the Belfry Golf Course and Drayton Manor Park, south of Tamworth. The hall is a Grade-II-listed building and has been painstakingly restored by volunteers since 1980, including some of its original medieval features. It was the home of the Willughby family for 500 years and in the 17th century Francis Willughby, one of the founder members of The Royal Society. Here he studied natural history alongside John Ray, considered to be one of Britain's greatest naturalists. 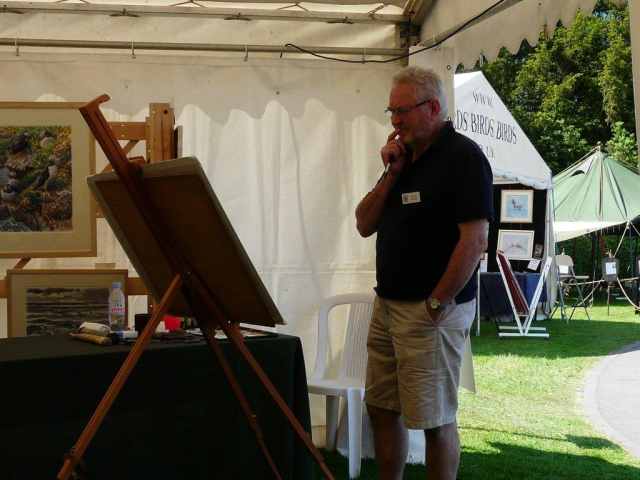 Bird artist Mike Warren ponders his next brush stroke at last year's show. He will again be demonstrating his skills and have work for sale at this year's show. (Photo: Alan Richards)

The extensive grounds include a lake surrounded by extensive woodlands. Most of the typical woodland birds have been recorded including Spotted Flycatcher. There are regular sightings of Hobby during summer and Common Terns fish the lake along with Herons from a recently established heronry. The nearby RSPB Middleton Lakes Reserve is not yet open to the public, but there will be guided tours of it over the two days of the Fair. 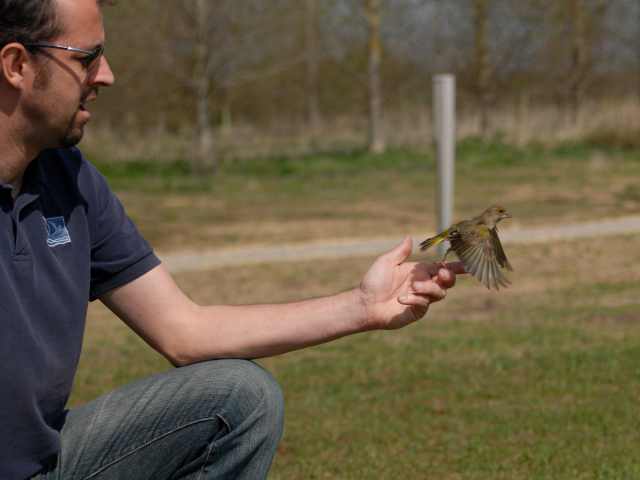 Weather permitting, local ringers will offer a chance to see birds up close at the ringing demonstration. (Photo: BTO Collection)

The Fair is open from 09:30 to 17:30 on the Saturday and from 10:00 to 16:00 on the Sunday. Admission is £5.00 per adult (children under 12 free), with a concessionary rate for RSPB members and senior citizens. Parking is free. Refreshments will be available, as will a barbecue and licensed bar. Visit www.birdwatchers-springfair.co.uk for further information.