With estimated populations of 600,000 birds in central Europe, the Black Sea and Mediterranean and 300,000 birds in north-west Europe, the Common Pochard remains a familiar species to many birders across Europe and North Africa. However, there is growing concern over its conservation status. It is now listed as Vulnerable on the European Red List of Birds, and numbers have been falling in both European populations, which must mean either survival or productivity is decreasing (i.e. more birds are dying or fewer young are being produced). Therefore, in order to improve our knowledge of the population structure of this species the Duck Specialist Group would like to undertake an assessment of the sex ratio of both European populations in January 2016. 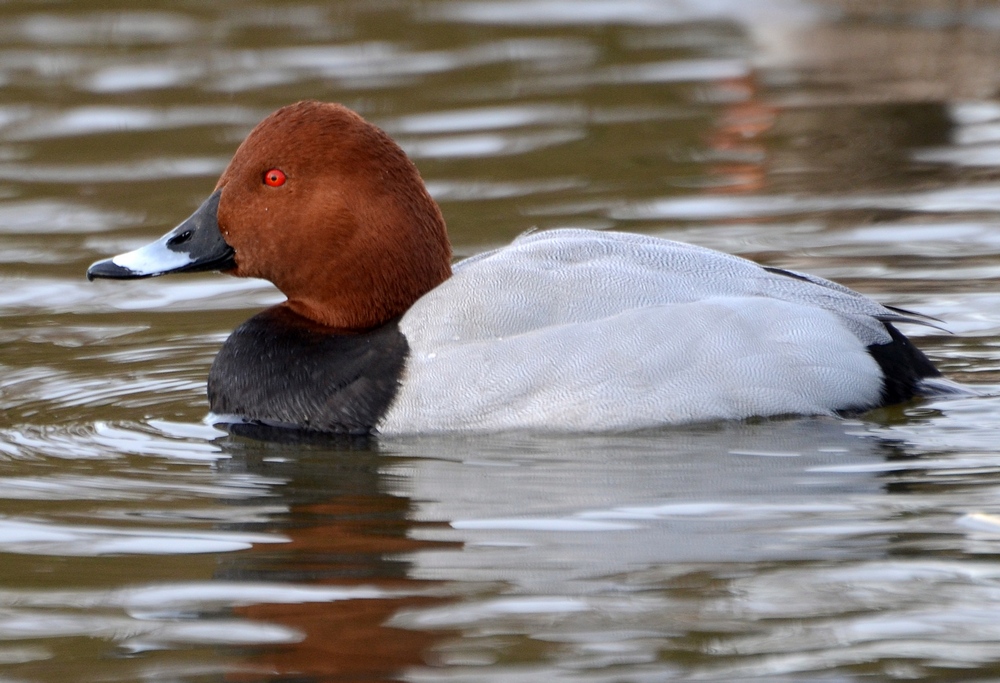 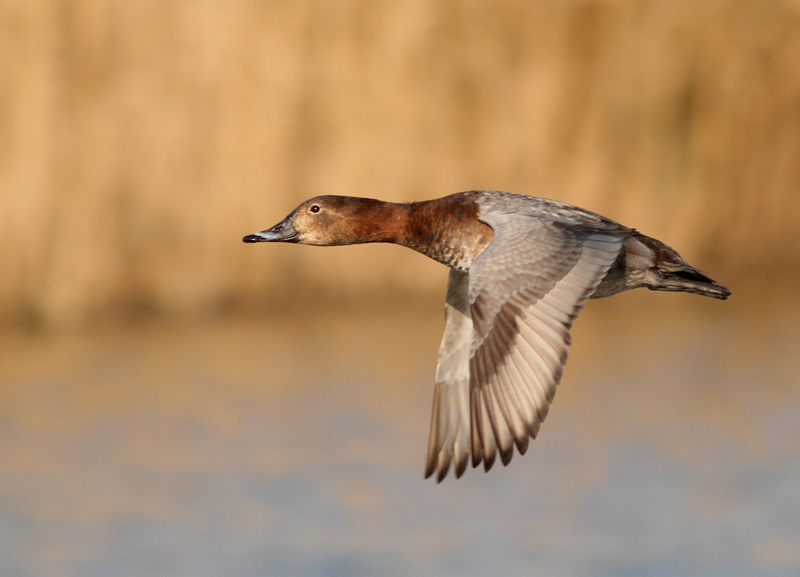 It is well known that many wintering duck flocks exhibit considerable differences in overall sex ratio and that a greater proportion of the males are found further north. Males are dominant over females and are therefore able to occupy more favourable wintering areas closer to the breeding grounds, forcing the sub-dominant females to move further afield. Males also migrate away from the breeding areas before the females, giving them a further head start. Partly as a result of the females' more strenuous migration, and also their increased level of predation during the incubation period, the sex ratio in the population is typically biased towards males even though sex ratios are near unity at hatching.

The collection of sex ratio data can provide useful information on the population structure and even a crude assessment of relative changes in survival rates between the sexes.

As many European duck populations are undergoing rapid changes in distribution and/or numbers, and little is known about their population demographics, it would be advantageous to start the collection of sex ratio data across Europe, which can be easily recorded for most species.

During January 2016 we are seeking participation from birders across Europe and north Africa to help with the collection of sex ratio data for Common Pochard. We are asking birders to simply record the number of males and females in flocks. This can be carried out as part of the next International Waterbird Census (16th/17th January 2016) or, if preferable, during a separate visit some other time in January 2016. The sex of every single bird in the flock is not required; however, please do try to obtain as large a sample as possible.

It is important we collect data from a good selection of habitats and different flock sizes as males tend to predominate at the best-quality sites. More time is needed to collect sex ratio data from large flocks, but it is really helpful to get these data so please do try to at least sample large flocks. If you know of sites holding Common Pochard that are not routinely counted as part of a national waterbird count scheme it would be great if you could try and also visit them during January to collect sex ratio data. Sex ratio data can be submitted via an online recording form on the Duck Specialist Group website here. Counts can also be submitted via Birdtrack (NB if using Birdtrack please record the number of birds assessed in the comments section) and any counts made in the Netherlands can be submitted to Waarneming.