A newly published study has shown that global conservation action has reduced the extinction rate of birds by almost half.

The paper, co-authored by BirdLife's Chief Scientist Dr Stuart Butchart, developed a more thorough measure of extinction rates by taking into account changes in extinction risk category on the IUCN Red List, rather than just measuring extinctions over time.

This new method has revealed that global conservation efforts have reduced the effective extinction rate of birds by a phenomenal 40%. Thanks to conservation over the last three decades, Critically Endangered species are now twice as likely to improve in status and move to a lower threat category as they are to deteriorate and become extinct. Without such conservation efforts, the opposite would be true.

Furthermore, the figure is considered a minimum estimate – the rate of success is, in reality, probably much higher. This is because study only included conservation efforts that resulted in species moving to a lower risk category on the Red List. It did not reflect conservation efforts that allowed species to remain in the same category, rather than sliding even further towards extinction. 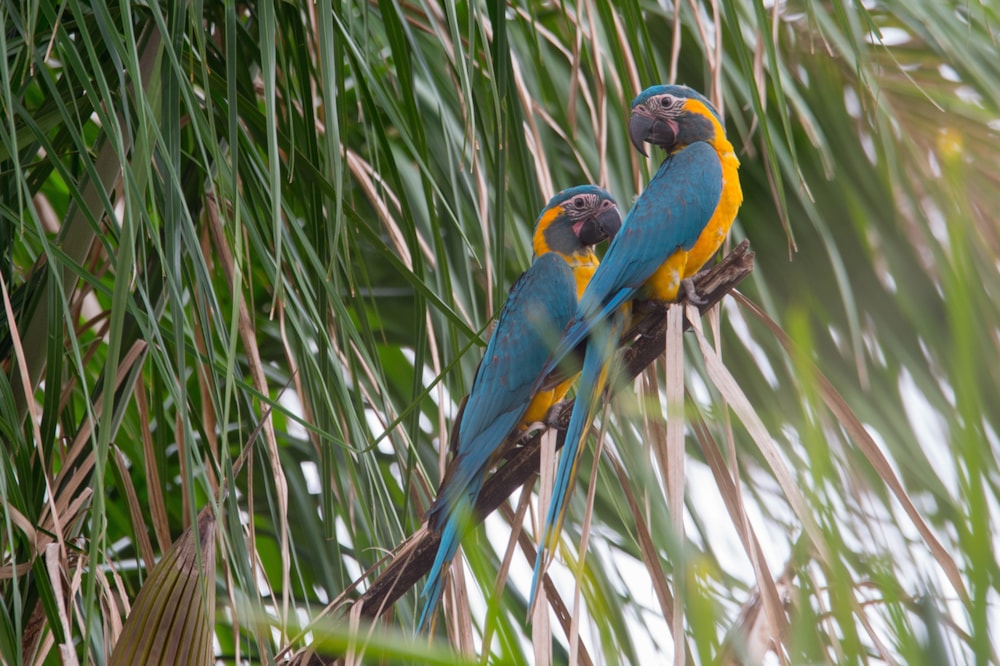 Targeted conservation is allowing rare and endangered species such as Blue-throated Macaw to thrive once more (Marc Fasol).

While this is undoubtedly call for celebration, there is still plenty of work to be done. The 40% reduction in extinction rate has mainly been achieved by preventing Critically Endangered species from going extinct, rather than preventing species at low risk from moving to higher risk categories. In practice, it would be more effective to prevent species with healthy populations from becoming threatened in the first place. That way, there would be fewer species in immediate need of urgent – and often costly and difficult – conservation efforts.

"World governments will meet in 2020 to develop a new framework for tackling biodiversity loss through the Convention on Biological Diversity. Our results show it is critical that this includes commitments to prevent extinctions, but also to keep common birds common," said Butchart.

This is particularly urgent given another of the study's findings – that unless the world ramps up its conservation action, we can expect a wave of bird extinctions far worse than previously anticipated. To put it in perspective, during the past 500 years, about 187 of the world's 11,147 bird species are estimated to have gone extinct. But the new projection suggests that during the next 500 years, three times as many – 471 species – may disappear.

The spate of extinctions in this year's Red List update give an idea of the scale of the challenge. No longer are extinctions limited to obscure birds on isolated islands: three of the four extinctions announced this year took place on the South American continent – four of them in Brazil – due to the devastating rate of deforestation in this part of the world.

Alagoas Antwren is now extinct – one of four species to be lost from Brazil in recent decades (Ciro Albano).

Even more worryingly, 109 of the 471 projected extinctions are predicted to be species currently classed as Least Concern – the lowest risk category on the Red List. The seeds of this disquieting trend are already being sown: this year, Pale-throated Barbet jumped up two threat categories, from Least Concern to Vulnerable, due to a recent upsurge in commercial logging and banana farming destroying its Angolan highland forest home.

This is just another reason why the IUCN Red List is so important: not only does it help to pinpoint species that most need help, but it also gives an important insight into the dynamics of extinction over time. As species are shunted up and down between Red List categories, they allow scientists to detect patterns in humanity's impact on the natural world, and respond accordingly. Thankfully, as this latest analysis shows, we have the knowledge and capability to meet this challenge.

"Now we need commitments from governments to give nature conservation the priority it deserves, and to recognise that our own future depends upon this," concluded Butchart.